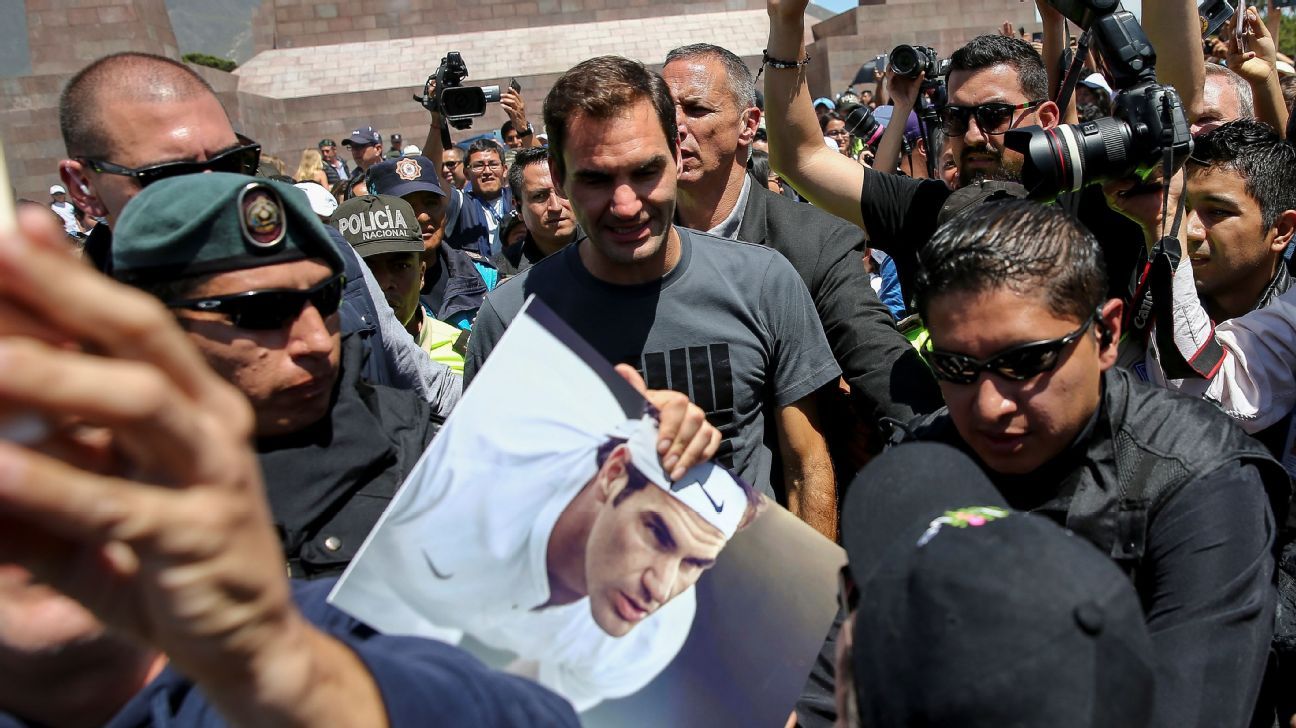 Roger Federer has seemingly accomplished it all in the sport of tennis. His career numbers are remarkable: In 22 seasons as a professional, he has won 103 ATP titles, a record 20 Grand Slam men’s singles championships, a Davis Cup championship for Switzerland (2014) and an Olympic doubles gold medal for his home country.

ESPN was recently granted an all-access look at life on the road for Federer, who embarked on a whirlwind exhibition tour two days after the end of the 2019 season. He played five matches with Alexander Zverev over seven days across Mexico and South America, including a contest in front of world-record-breaking crowd (42,517) at the Plaza de Toros bullring in Mexico City.

You can watch “Roger Federer: Everywhere is Home” on Tuesday on ESPN and the ESPN App (8 p.m. ET), but you can check out a few sneak peeks here:

Tune into the full special “Roger Federer: Everywhere is Home” tonight at 8 p.m. ET on ESPN.

Roger Federer meets up with his oldest living fan, 107-year-old Dorothea, during his recent tour of Latin America. Watch “Roger Federer: Everywhere is Home” tonight at 8 p.m. ET on ESPN.