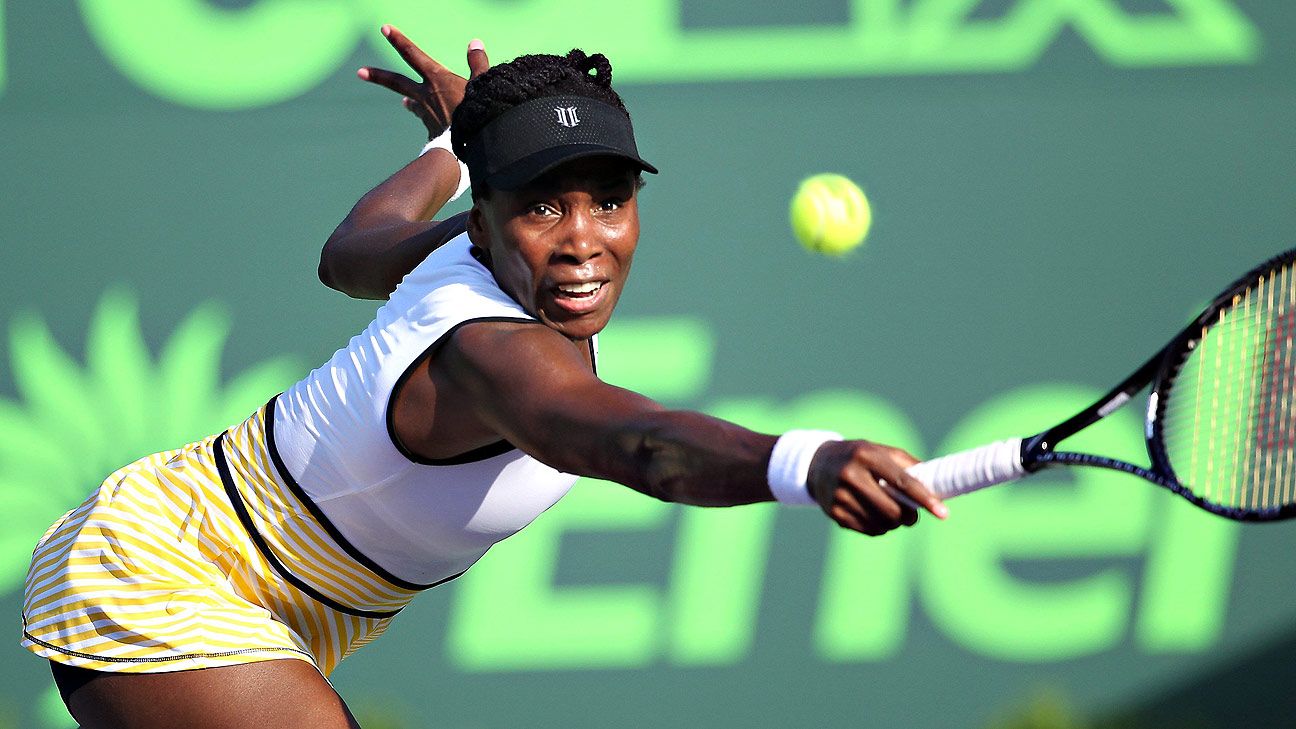 MONTREAL — Venus Williams advanced to the second round of the Rogers Cup after a 7-5, 6-1 victory over Caroline Dolehide on Monday.

The 14th-ranked Williams made quick work of her 19-year-old fellow American in the second set after coming from behind to win a back-and-forth first set.

The seven-time Grand Slam champion will now face either Sorana Cirstea or Monica Niculescu in the second round.

It looked as though an upset was in the cards in the early going. The 124th-ranked Dolehide, who was making her Rogers Cup debut, jumped to a 3-1 lead in the first set after breaking Williams’ serve. One of just two teenagers in the main draw, Dolehide used her heavy service game and aggressive play to challenge Williams on every point. She finished the match with three aces. Williams had none.

But the 38-year-old veteran broke Dolehide back to take a 4-3 lead, and she did it again in the deciding game of the first set.

Dolehide, one of 12 qualifiers in the main draw, just couldn’t maintain the same pace in the second set, as Williams only lost 11 points on her way to victory.

“It’s never easy to play somebody you haven’t played before, and she definitely has a lot of talent,” Williams said. “She took advantage of it and I’m sure it’s just a matter of time before she’s able to play even better than today.”

Dolehide earned spot in the main draw of the US Open on Monday when Mirjana Lucic-Baroni of Croatia withdrew due to an injured right shoulder.

Rain moved into the area just before 7 p.m. ET, interrupting two matches, including one in the first set between Russia’s Maria Sharapova and Bulgaria’s Sesil Karatantcheva.

With Sharapova leading 4-1 after 24 minutes of play, the match was delayed due to heavy rain and lightning.

Both players returned to the court three times to resume the match over the course of the three-hour delay, only for the rain to keep returning, forcing them back off the court.

Play was finally suspended at 10:30 p.m. ET. The match will resume Tuesday.

The match between Canada’s Francoise Abanda and Kirsten Flipkens of Belgium, which was supposed to begin after Sharapova’s match, was also postponed to Tuesday.

“The reason I played doubles was to get more games under my belt,” Bouchard said. “It’s better than just a normal practice. I really worked on my service game, my volleys, my return. It can help with my singles game.

“Every victory can give you confidence.”

Bouchard has played in only six doubles matches this season, including three with Stephens.

In singles play, 29-year-old Julia Goerges of Germany avoided an early loss with a 3-6, 7-6 (3), 6-4 win over Timea Babos of Hungary in a match that lasted nearly 2½ hours. Goerges had 17 aces and five double faults to Babos’ eight and one, respectively.

Goerges will next face qualifier Lucie Safarova of the Czech Republic in the second round.

In other singles matches, Karolina Pliskova of the Czech Republic beat Katerina Siniakova 6-4, 6-4; Anett Kontaveit of Estonia defeated Ekaterina Makarova of Russia 4-6, 6-3, 6-1; and Anastasija Sevastova of Latvia cruised past Aleksandra Krunic of Serbia 6-1, 6-0.