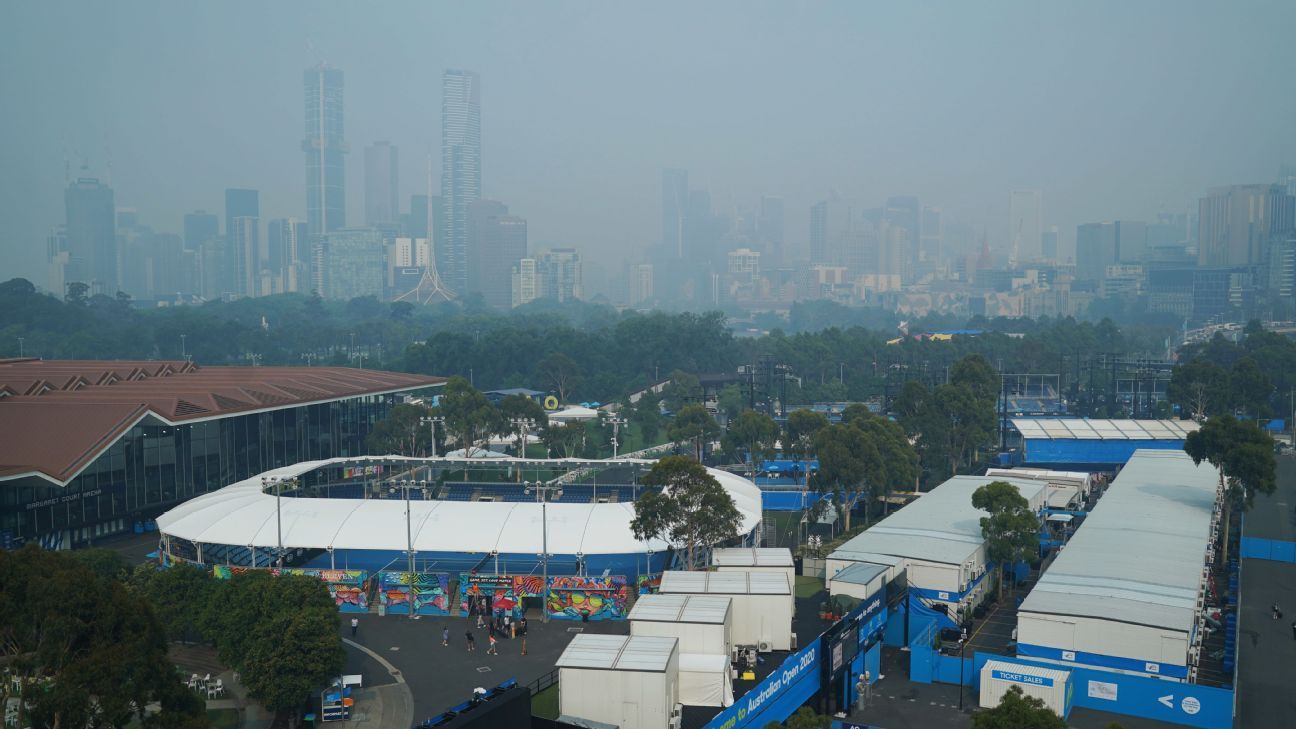 MELBOURNE, Australia — Tempers flared at Australian Open qualifying Wednesday as players battled through another day of smoky air and two of the game’s all-time greats were labeled “selfish” for not protesting about the conditions.

Australian Open officials delayed the start of play by two hours on the second day of qualifying until smoke from regional wildfires cleared later on. Smoke and hazy conditions at Melbourne Park on Tuesday had affected the opening day’s play, with organizers criticized for allowing qualifying matches to proceed.

A number of players complained, including Australian Bernard Tomic, who sought medical treatment during his first-round loss when he struggled to breathe. Slovenia’s Dalila Jakupovic said she feared she would pass out before retiring from her match when she collapsed to her knees with a coughing spell.

The ill will spilled over into Wednesday, with Canadian world No. 103 Brayden Schnur taking aim at 20-time Grand Slam champion Roger Federer and Rafael Nadal, saying the pair was “selfish” for failing to step up and protest against playing conditions during qualifying.

Schnur said it was incumbent upon the biggest names in the sport to be the voice for lesser-known players.

“It’s got to come from the top guys,” Schnur said. “Roger and Rafa are a little bit selfish in thinking about themselves and their careers, because they’re near the end and all they’re thinking about is their legacy, and they’re not thinking about the sport itself and trying to do what’s good for the sport. So those guys need to step up.”

Schnur, who is the third seed in the qualifying tournament, was also critical of officials after his first-round win over Austrian Sebastian Ofner, which took more than two hours in the hazy conditions that blanketed Melbourne Park on Wednesday.

Schnur battled with conditions that he described as like smoking a cigarette.

“You feel super dryness in your throat,” he said. “That’s 100 percent not normal and players who have asthma are at a huge disadvantage right now.”

Organizers delayed play by three hours Wednesday, but the air quality index when the players took to court was still graded as “unhealthy” due to the smoke from the bushfires in Victoria.

Reuters contributed to this report.