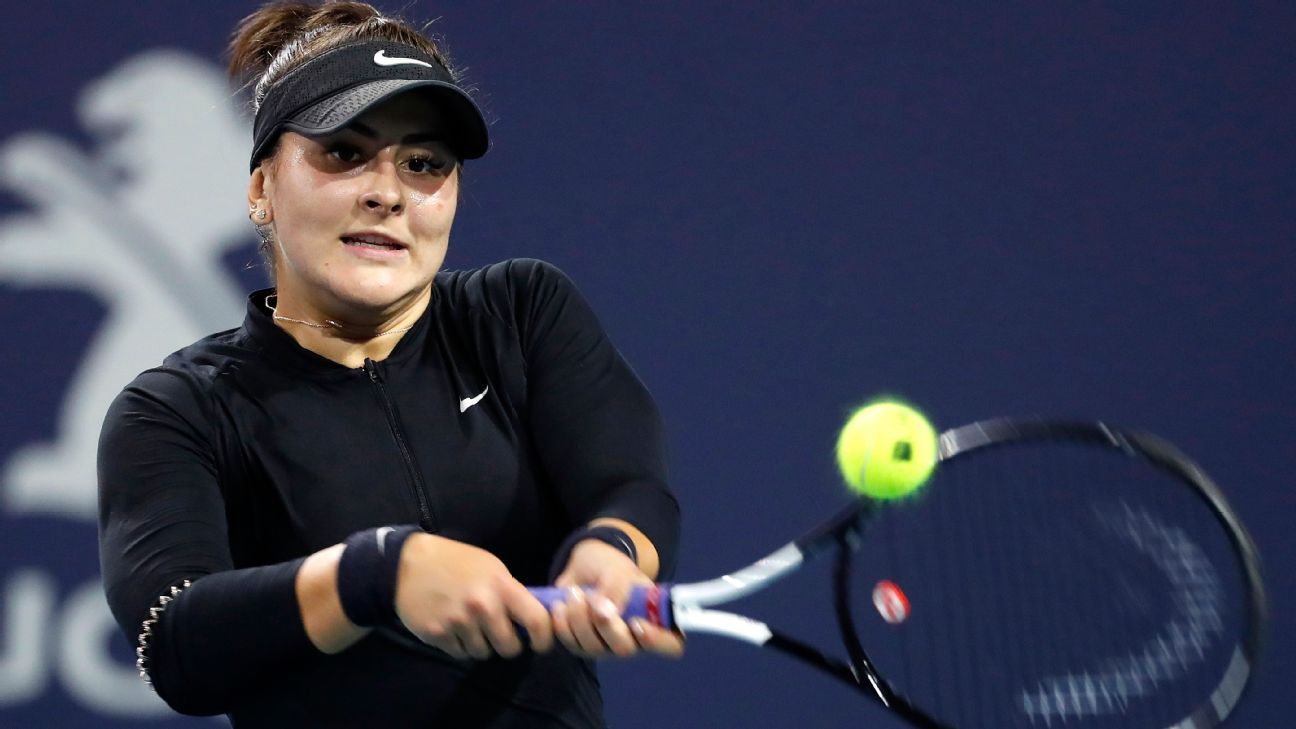 Playing her first event since losing the Wimbledon final, Williams faced Osaka for the first time since losing to her last year in the U.S. Open final.

“I knew her game a little bit more, so that’s a little easier. I’m just overall a little bit better,” Williams said. “I know her game. I watch her a lot. I know what I need to do to hopefully try to get a win today, and it helped a little bit. I go into every match thinking I can do it, but sometimes that doesn’t happen.

Osaka will go from No. 2 to No. 1 on Monday when the new ranking is announced.

“I’m not really mad at this,” Osaka said. “I don’t think it was up and down. I think I played pretty well. And she just played amazing, which that’s what she does. … I just feel like the entire match I was a bit too defensive. I know that can’t be helped when I’m playing against her.”

The 19-year-old Andreescu, from nearby Mississauga, is returning from a right shoulder injury that sidelined her since the French Open in May. She won in Indian Wells in March for her first WTA Tour title.

“In the third set I told myself, `Go big or go home,” Andreescu said. “Literally go home. My home is like two minutes from here. I just went out there and I never gave up because it’s not over until it’s over.”

Andreescu played her fourth consecutive three-set match. She needed a medical timeout in the second set for treatment of the groin injury.

“It’s not easy, that’s for sure,” Andreescu said. “Right now, I’m just really happy my mind and my body are holding up. My team, too, I’m so sorry guys for putting you through all of that.”

The 20-year-old Kenin upset top-ranked Ashleigh Barty in the first round.

Sexton named Ireland captain as Farrell announces Six Nations squad
Tompkins, Rees-Zammit in for Wales at Six Nations
Why the Devils fired Ray Shero now, and what’s next
Conor McGregor on a new outlook, Mayweather rematch and ideal 2020 ahead of UFC 246
Swinney not bothered by Clemson practice issue