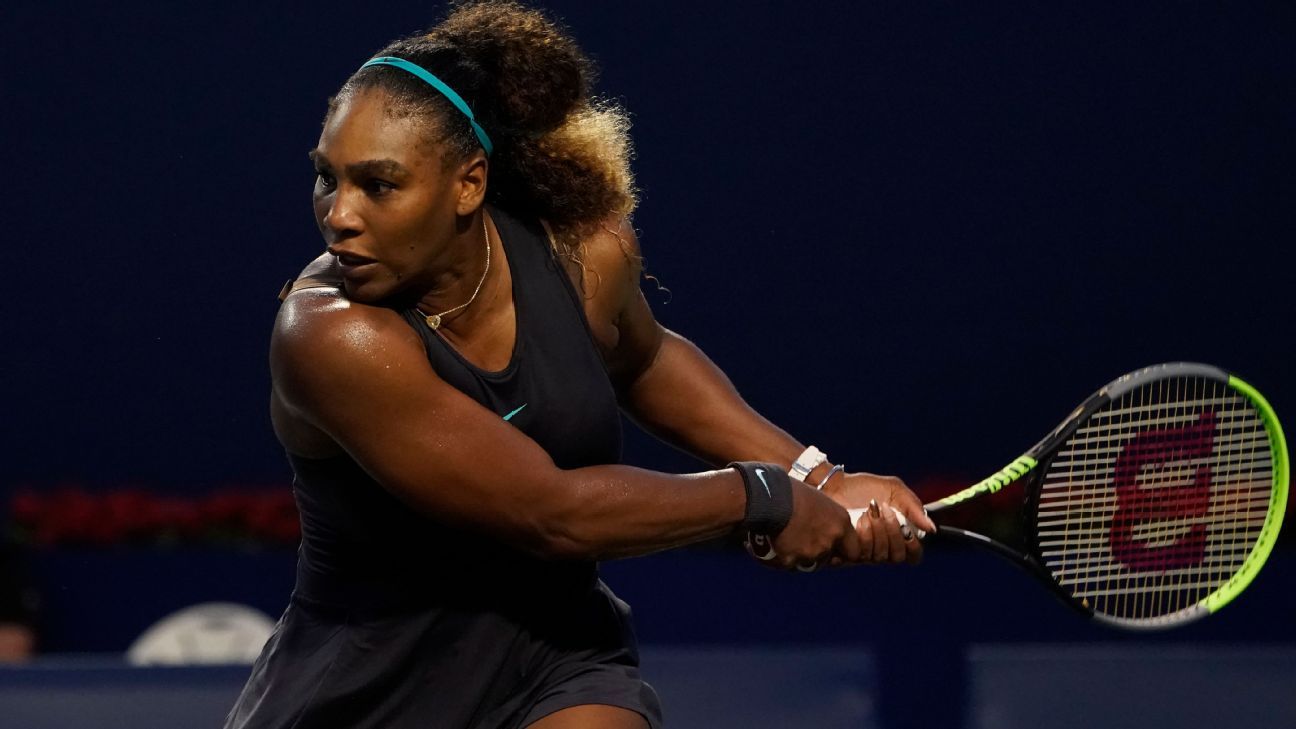 TORONTO — Serena Williams won her first match since losing the Wimbledon final, beating Elise Mertens of Belgium 6-3, 6-3 on Wednesday night in the second round of the Rogers Cup.

The 37-year-old Williams has won the event three times, all in Toronto. She will face Russia’s Ekaterina Alexandrova — a 6-4, 6-3 winner over Zhang Shuai of China — in the third round.

The winner last year in Montreal, Halep lost a 4-0 lead in the third set when Brady won five straight games. Halep broke Brady for the third time in the set to go up 6-5, but Brady broke back to force the tiebreaker.

“It was a very, very tough one,” Halep said. “I expected it because I knew that she’s going to serve big and also the forehand is big. I didn’t feel 100% ready for the tournament because I had a long break [after Wimbledon]. But I’m really pleased with the way it was today, the fact that I fought till the end.”

Second-ranked Naomi Osaka of Japan reached the third round when German qualifier Tatjana Maria retired because of a left abdominal injury. Osaka led 6-2 in her first match since losing in the first round at Wimbledon.

No. 16 seed Anett Kontaveit of Estonia reached the third round when Carla Suarez Navarro of Spain retired with a hip injury while trailing 7-5, 3-1. Kontaveit will face Pliskova on Thursday.

Victoria Azarenka of Belarus was eliminated, losing 7-5, 7-5 to Dayana Yastremska of Ukraine.

Ukraine’s Elina Svitolina, the 2017 Rogers Cup winner, moved on to the third round with a 6-3, 3-6, 6-3 victory over Katerina Siniakova, and 2015 champion Belinda Bencic of Switzerland edged Julia Goerges 5-7, 6-3, 6-4. Bencic and Svitolina will face each other Thursday.