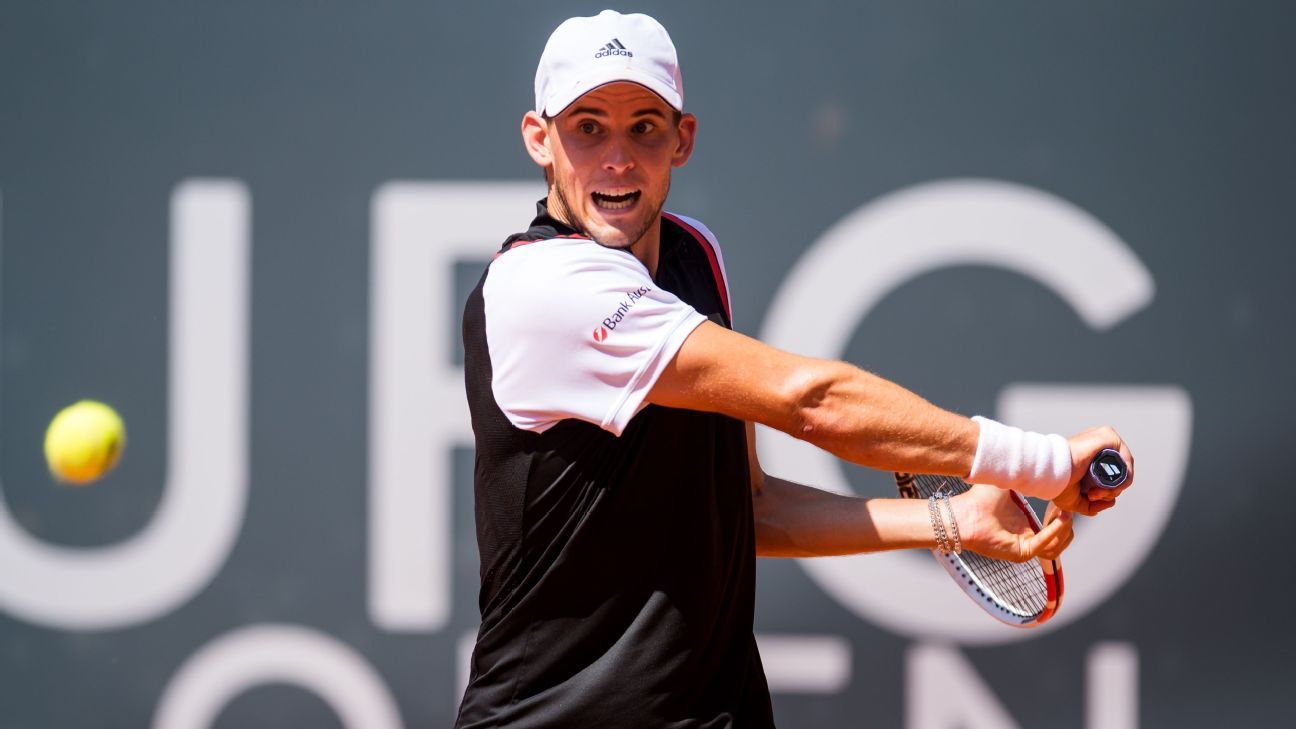 “A tough day in terms of wind. But we are used to playing like this,” Nadal said. “When we play on outdoor courts, that’s part of the game, too. Of course it is better to play without this kind of wind.

“At the same time, it is beautiful to play under tough conditions because then the player who has different options to play has better chances to survive these kind of days. It’s about adapting and being focused mentally. Of course, I prefer to play without these conditions, but in some way I enjoy.”

Nadal, who was the winner last year in Toronto for his fourth title in the event, won his 379th ATP Masters 1000 match to break a tie with Roger Federer for the record. Nadal has 82 singles victories, winning the French Open in June for his second title of the year.

“He’s having a great season, one of the best of his career, if not the best,” Nadal said. “I need to be playing well. I think today I played better than yesterday, so I hope tomorrow I continue with this improvement. That’s what I need if I want to keep having chances to be through.”

Celebrating his 19th birthday, Auger-Aliassime was undone by 12 double faults and a series of mistakes. After the match, the crowd sang “Happy Birthday” to Auger-Aliassime, while a video featuring fellow pros also passing on their greetings played on the big screens.

“For sure frustrated because it was a big occasion,” he said. “There was a lot of expectations, pressure, you name it. It’s tough to see it slip away, but there’s reason for that. It just means that I still have things to improve to win these type of matches and to deal better with these type of moments.”

Khachanov set up a quarterfinal match against third-seeded Alexander Zverev of Germany, a 7-5, 5-7, 7-6 (5) winner over Georgia’s Nikoloz Basilashvili.

Tied 7-7 in the tiebreaker, Khachanov sent a shot into the net on serve and then fired another ball over the second deck and out of the venue in frustration at the crowd cheering his mistakes, which led to loud boos.

“I cannot deny that I got a little bit crazy,” Khachanov said. “But I’m really a bit disappointed … with the crowd as well. I don’t have anything against when they cheer for Felix. It’s normal. He’s the home favorite, especially from Montreal. I wish they could cheer the same way in Russia for me. But still, not when I miss or not wishing me to miss, screaming during the points. It’s disrespectful.”

Second-seeded Dominic Thiem of Austria beat Marin Cilic of Croatia 7-6 (7), 6-4. Coming off a victory on clay in Austria for his third title of the year, Thiem will face eighth-seeded Daniil Medvedev of Russia, a 6-3, 6-3 winner over Christian Garin of Chile.