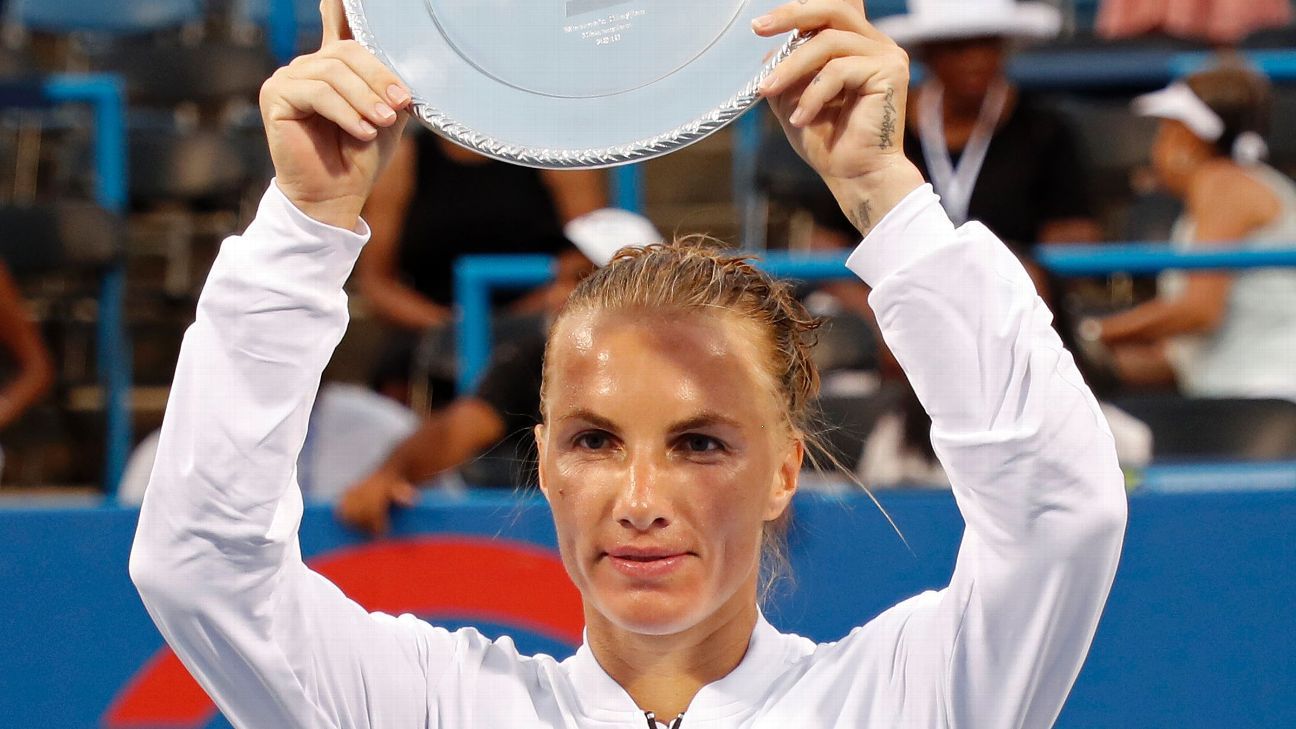 WASHINGTON — Svetlana Kuznetsova won her second title at the Citi Open and first at any WTA tournament in two years by erasing four match points to beat Donna Vekic 4-6, 7-6 (7), 6-2 on Sunday.

The No. 7 seed Vekic was one point from victory four times in the second set but was not able to close it out.

Kuznetsova is a two-time Grand Slam champion, but she is currently ranked 128th, the lowest spot for a women’s champion at the hard-court tournament.

NFL franchise tag candidates and predictions: 21 teams that could use it
Scotland do just enough as Italy’s woeful winless streak continues
Kobe Bryant memorial: The moments that moved us from the celebration of life inside Staples
From a rowdy weigh-in to a postfight serenade, Fury owned boxing’s biggest night in years
Former Ute Perriman facing 2 new rape charges