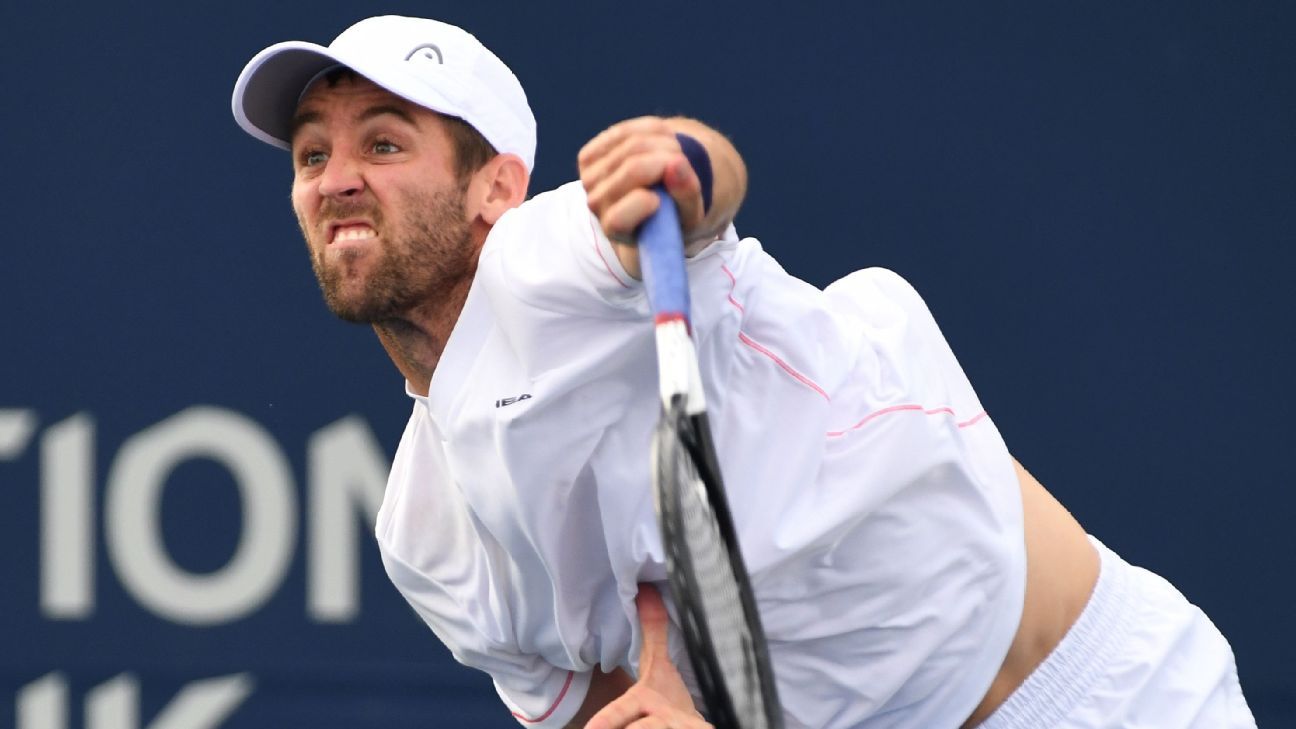 Bradley Klahn earned a wild-card entry to the US Open on Monday with his win over David Ferrer in the first round of the Rogers Cup in Toronto.

The 27-year-old former NCAA champion will be returning to the Open for the first time since 2014, when he was ranked as high as No. 63. He was sidelined from February 2015 to November 2016 due to back surgeries. Klahn reached the second round of Wimbledon this year in his first appearance in a Grand Slam main draw in four years.

He earned a spot in this year’s US Open by winning the tournament’s wild-card challenge based on players’ results in hard-court play over a five-week period. His win over Ferrer gave him 150 points, to beat out Michael Mmoh, Marcos Giron and Tommy Paul.

The U.S. Tennis Association also announced Monday that Ukraine’s Alexandr Dolgopolov has withdrawn from the Open due to an injured wrist. He will be replaced in the draw by Russia’s Mikhail Youzhny.

Mirjana Lucic-Baroni of Croatia withdrew from the women’s draw due to an injured right shoulder. She was replaced by 19-year-old American Caroline Dolehide.