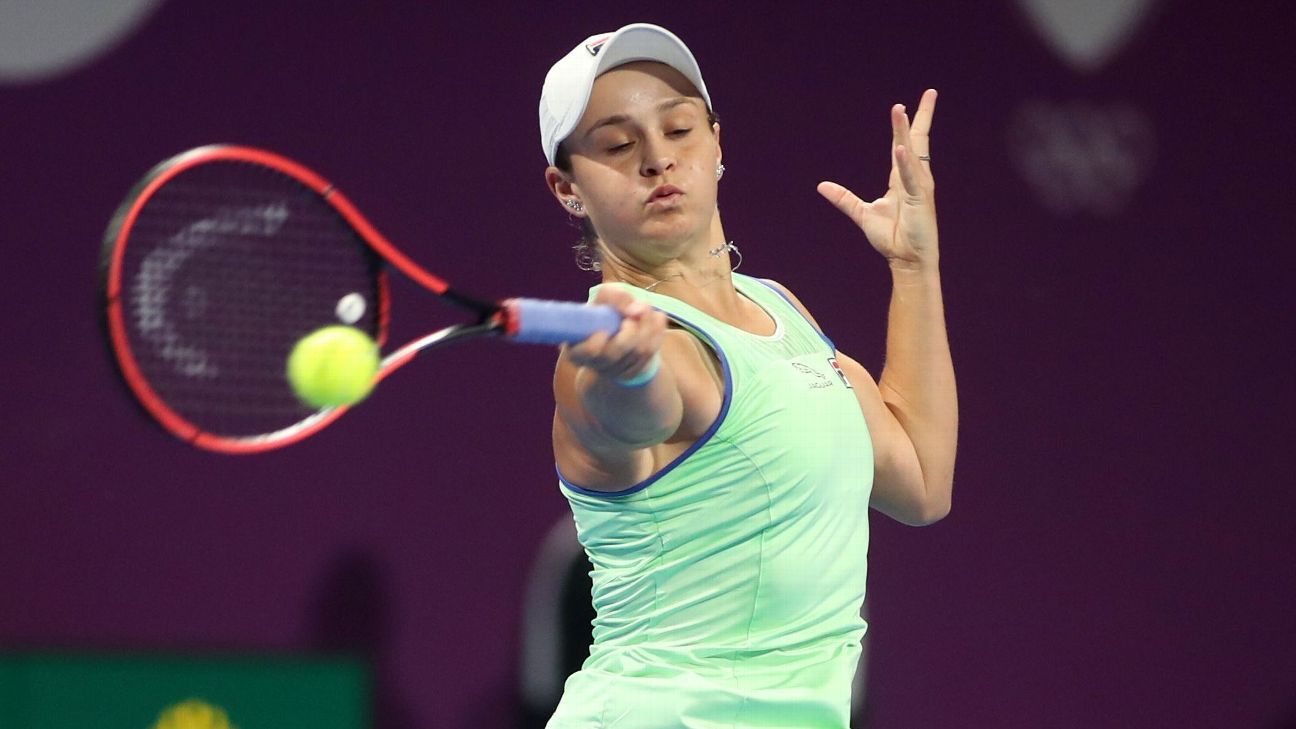 Barty broke for a 5-2 lead in the deciding set and clinched the win when Muguruza sent a forehand wide. The Australian will next face two-time Wimbledon champion Petra Kvitova, who edged past Ons Jabeur 7-6 (2), 7-6 (4).

Kvitova, who won the Doha title in 2018, had to come from a break down twice in the second set, saving two set points along the way.

In the other semifinal, Svetlana Kuznetsova will face ninth-seeded Aryna Sabalenka.

Kuznetsova upset fourth-seeded Belinda Bencic 6-4, 6-4, while Sabalenka rallied to beat Zheng Saisai 3-6, 7-6 (2), 6-3 after coming from a break down in the deciding set.

The 34-year-old Kuznetsova was the runner-up in Doha in 2004 and 2007 but had not reached the semifinals since.