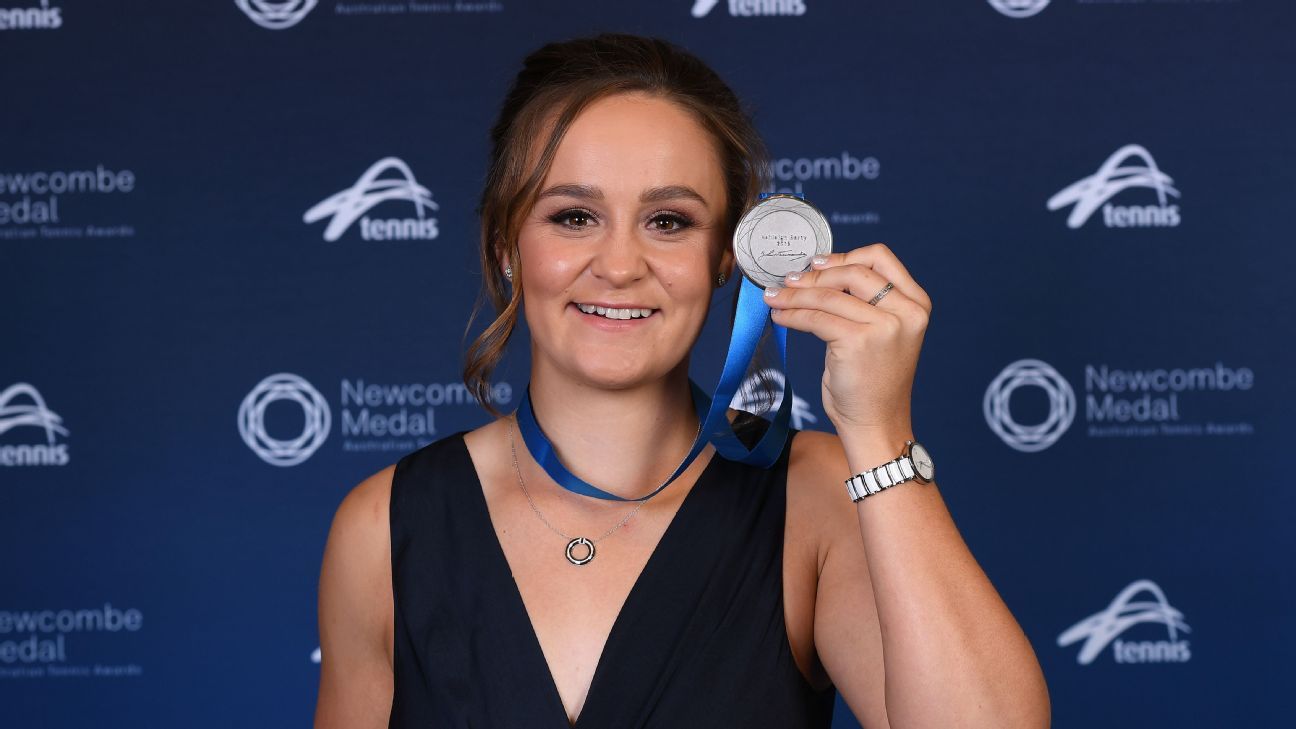 Ashleigh Barty has added yet more silverware to her stunning 2019 collection after winning a third straight Newcombe Medal as Australia’s outstanding tennis player of the year.

Never in doubt, Barty formally received her award from John Newcombe at tennis’s night of nights at Melbourne’s Crown Palladium on Monday.

During an unforgettable season, Barty became Australia’s first French Open champion since Margaret Court in 1973 and the country’s first women’s world No.1 since Evonne Goolagong Cawley in 1976.

She was also the first-ever Australian woman to secure the year-end top ranking – and first Aussie since Lleyton Hewitt to do so in 2002.

Barty crowned her spectacular season in ultimate fashion by beating four top-eight rivals in eight days to win the prestigious WTA Finals in Shenzhen and, with it, $6.4 million – the biggest cheque in tennis history.

Fittingly, having also claimed the Newcombe Medal in 2017 and then sharing it last year with Alex de Minaur, Barty joins fellow grand slam champion Samantha Stosur as only the second three-time recipient of the award.

Stosur, who also landed a hat-trick from 2010-2012, was also recognised on Monday night with the Spirit of Tennis Award.

The 2011 US Open champion was honoured for her leadership, professionalism and the positive impact she’s had on the sport throughout a near-20-year pro career.

“Sam has genuinely remained unchanged and unaffected by all her success,” said her former long-time coach David Taylor after presenting Stosur with the award.

“I cannot recall a single training session in the almost eight years we spent together where she did not give 100 per cent.

“It’s a testament to Sam’s character that she has enjoyed longevity at the pinnacle of the game. A multiple grand slam champion, Sam joins the ranks of Australian tennis greats and is a terrific role model for any aspiring player.”

Most Outstanding Athlete with a Disability – Dylan Alcott (Vic)