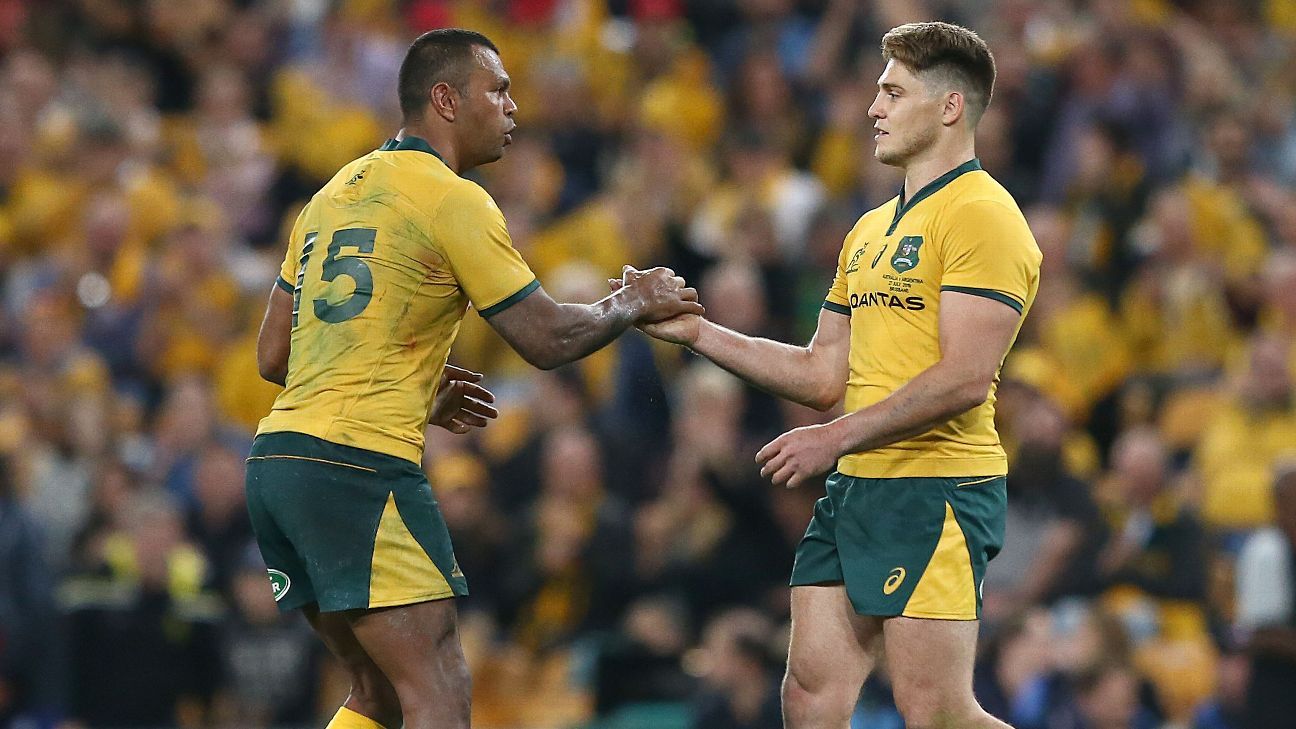 James O’Connor has been given the chance to push his World Cup case after Michael Cheika named the utility back at outside centre in a shock backline selection for Bledisloe I.

O’Connor will partner the in-form Samu Kerevi in the midfield after Tevita Kuridrani was dumped from the squad altogether.

The former Western Force, Rebels and Reds back came off the bench against Argentina a fortnight ago having signed a two-year deal with Rugby Australia after securing a release from English club, Sale.

“I think James will present something different, something we haven’t seen, so something our opponents haven’t seen either,” Cheika told a news conference in Perth.

“He’s gone well in training and I’m looking forward to seeing him out there. I haven’t known him much but since he’s come into the squad, he’s made me have faith in him.”

Elsewhere, Nic White returns at No. 9 to partner Christian Leali’ifano, who impressed against the Pumas in Brisbane, in the halves while the rest of the backline remains the same from the 16-10 victory at Suncorp Stadium.

Up front, Brumbies prop Alan Alaalatoa will makes his first Test start of the year in a new-look front-row that sees Tolu Latu named in the run-on side.

David Pocock was not named as expected, the veteran flanker still to convince selectors he is ready to play his first game since early March.

“He’s trained all week with the team now,” Cheika said of Pocock. “So he’s getting very close. I’m confident he’ll be available next week.”

Conor McGregor’s path to UFC 246: Success, history, controversy
The biggest free-agent decisions for all 32 teams
Bourbon Street, Burreaux and the Bayou: How a city and state rallied for their Tigers
Conor McGregor on a new outlook, Mayweather rematch and ideal 2020 ahead of UFC 246
Fantasy Picks: Does the law of averages apply to Stoinis?