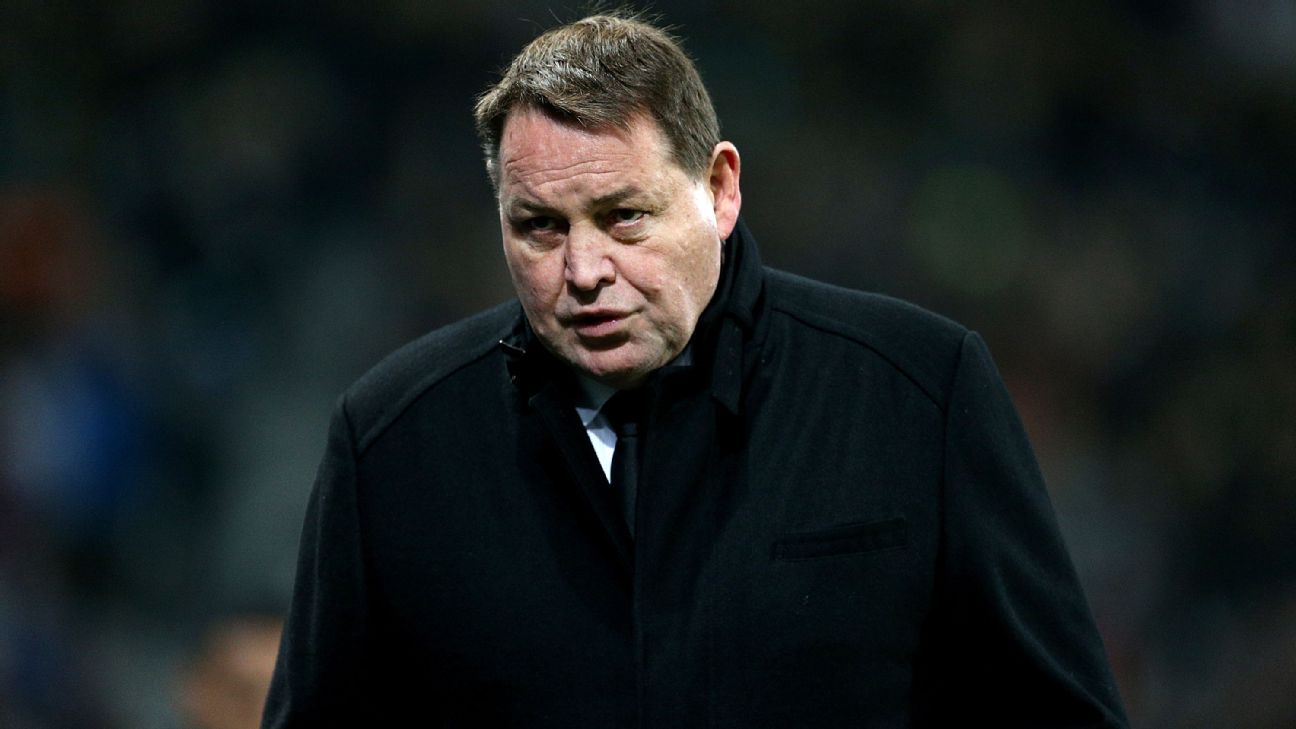 Steve Hansen claims Australia will start as favourites to win the Bledisloe Cup despite naming a powerful All Blacks squad for the Rugby Championship.

His evidence is last year’s dead rubber third Test in Brisbane which Australia won 23-18 for just their second victory in the last 19 Bledisloe Cup Tests.

“We lost to Australia the last time we played them, so no doubt they’ll have a lot of self-confidence and are worthy of starting as favourites,” Hansen said.

The theory, ahead of the opening Test in Sydney next week, defies Super Rugby form. The Crusaders were dominant champions while four Kiwi teams finished with the best regular season records in the competition. Australia’s only representatives in the playoffs were the Waratahs.

“We’ll face quality opposition throughout the Championship,” Hansen said. “Both Australia and South Africa appear to have grown their games and will come at us with real energy and conviction, while the Argentinians have a new coaching group, which will present new challenges.

“All of this means that this year’s Investec Rugby Championship will be a well-contested competition and we’ll need to once again raise the bar across the board when it comes to our preparation, our skill levels and how we handle pressure. Being comfortable is not an option.”

The 109-Test No.8 Read and Coles haven’t played a Test since last November while Retallick’s absence dates back nearly a year. While Read took part in the final weeks of the Crusaders’ charge to a ninth title, Coles hasn’t played at any level since rupturing knee ligaments.