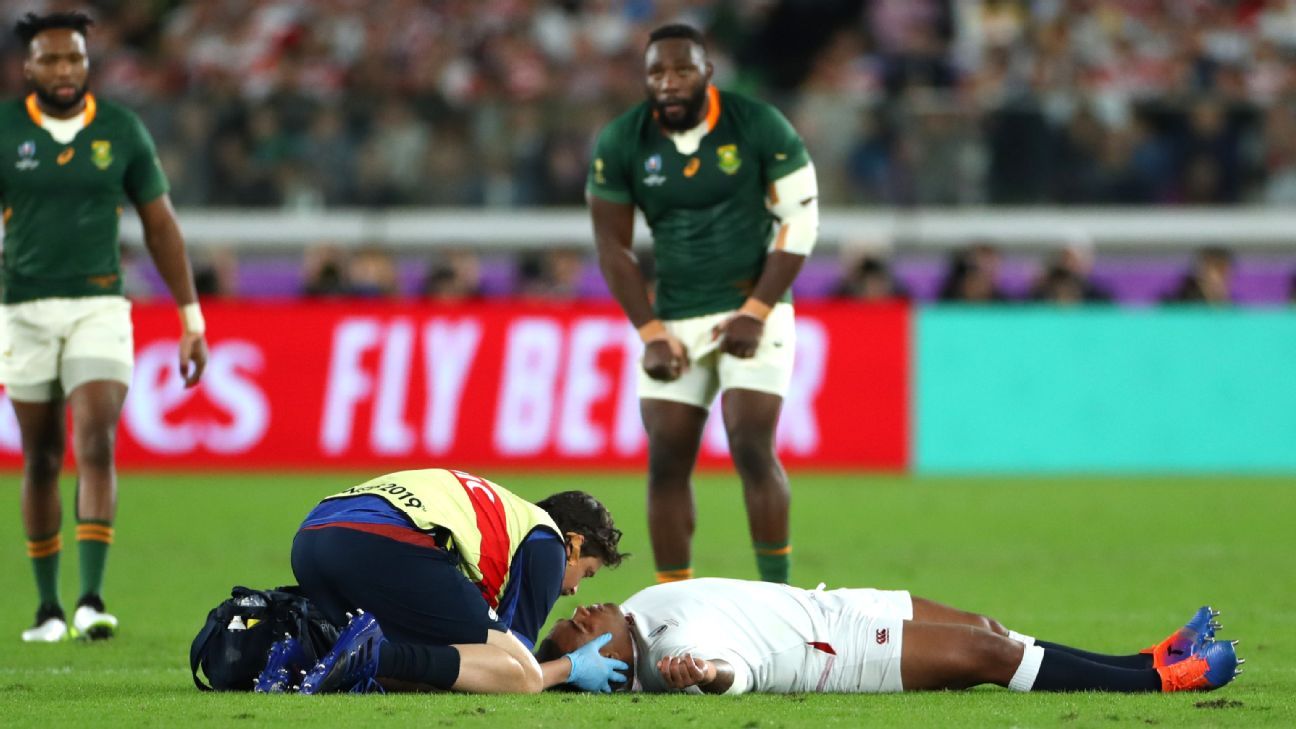 England prop Kyle Sinckler has said he doesn’t remember his team’s 32-12 defeat to South Africa in the World Cup final after he was knocked unconscious early in the game.

The Harlequins player collided with teammate Maro Itoje in the third minute of the game while attempting to tackle Makazole Mapimpi.

“It was an innocuous incident which was just meant to be, but it was really, really tough.

“You ask yourself, ‘why me? I’ve trained so hard to get to this moment. I’ve dreamed it, this is my life’.”

Before being knocked unconscious, Sinckler had been lauded as one of the players of the tournament.

He said he struggled to get over the abrupt end to his World Cup and the result in the weeks that followed.

“It took three or four weeks to get over the final. It was dark,” he said.

“You go through phases where you’re distraught, feeling sorry for yourself and down in the dumps.

“But then I snapped out of it, realising that you can either be the guy who is always feeling sorry for yourself or use it as motivation to push on.”

Despite his own disappointment, the 26-year-old said that he was happy to see Siya Kolisi, the first black captain of South Africa, lift the World Cup trophy in a historic moment.

“If anyone was going to win the World Cup, I’m glad it was him. He’s such an honourable man,” he said.

Maple Leafs F Matthews will skip All-Star Game
Caldwell leaves Dolphins having never coached
Would the NHL standings change with a different points system?
Fowler stays in groove, Lefty well back in desert
Fury: McGregor in ring would be great for boxing