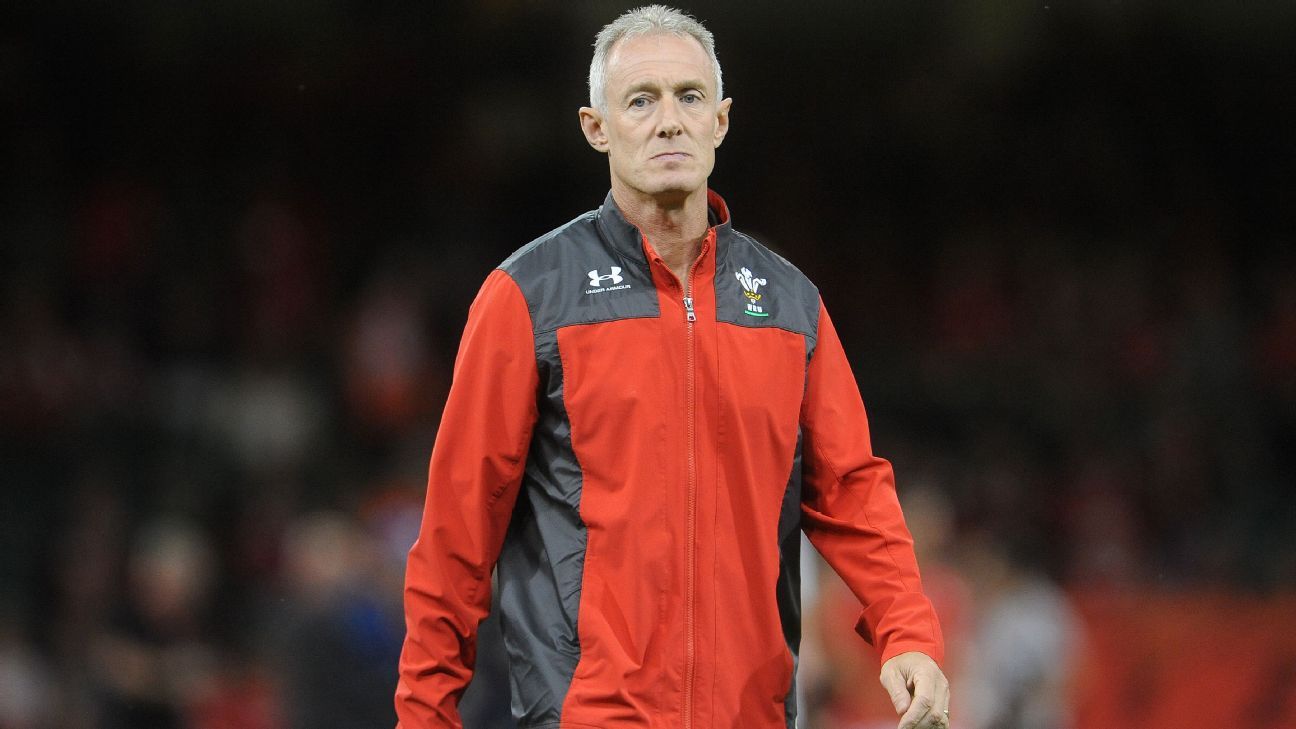 Howley was suspended from rugby for 18 months, with nine suspended, on Monday for placing 363 bets over a period of five years.

“I am an extremely private man, and unfortunately it was this that kept me silent as I battled my demons following my sister’s tragic death,” Howley said in a statement on Tuesday.

The statement confirmed that a psychologist had diagnosed the trigger for his betting as “a family tragedy” and he had stopped gambling since he was suspended just before the World Cup.

“The last few months have been immensely tough, and continued help will allow me to find the right path back to Rugby which has always been my true passion,” Howley added.

Howley, a part of Warren Gatland’s backroom staff during the New Zealander’s time in charge of Wales, was sent home from this year’s Rugby World Cup in Japan after the WRU became aware of allegations against Howley, with an investigation then launched.

In a report into the investigation, the WRU state they were informed on Sept. 10 by an employee of Betway that Howley had placed bets on games involving Welsh national sides. In total, Howley was alleged to have placed 363 bets featuring 1,163 matches in total over a period of around five years — making an overall loss of approximately £4,000. Howley did not contest the charges against him.

The bets included games featuring the Welsh senior side with two bets placed on individuals representing Wales. One of those bets was on who would score the first try in Wales’ win over Ireland in this year’s Six Nations — a game which ultimately secured the side a Grand Slam. Both players involved denied any knowledge of Howley’s bets when interviewed as part of the investigation.

Howley also admitted to using his WRU issued phone and email account to place the bets.

“It is clear that Mr Howley’s betting on rugby was part of a hobby of betting on sport events,” the WRU say in their report.

“We use the word ‘hobby’ with some caution because it seems that a trigger for Mr Howley’s betting activity was a family tragedy involving the death of his sister.

“While we are prepared to accept the trigger for Mr Howley’s betting on sporting events has its seeds in personal family tragedy, it is much more difficult to understand why he chose to bet on rugby which he knew was prohibited rather than other sport exclusively, which of course was perfectly permissible.”

ESPN sources understand Howley was a strong contender for the Italy head coach position before the allegations against him the were made public.

Howley, who captained Wales during his playing days, says he has not placed any bets since being suspended by the WRU and he is now seeing a psychologist to help him stop gambling.

“Towards the conclusion of the proceedings Mr Howley addressed us to stress his remorse for his behaviour and his feelings that he had let down WRU, his former colleagues in that organisation and above all his family,” the report adds.

“We have no doubt that Mr Howley was entirely genuine about his feelings. He also confirmed to us that he had not bet at all since his suspension on 16 September and that with the help of a consultant psychologist he was confident that he would desist from betting in the future.”

World Rugby’s regulations prohibits figures involved in the game at a high level, including players, coaches and officials, from betting on any rugby match.

The suspension has been backdated to the day Howley was withdrawn from the World Cup, Sept. 16, meaning he will be free to return to coaching on June 16 2020. Howley has until Dec. 25 to appeal.