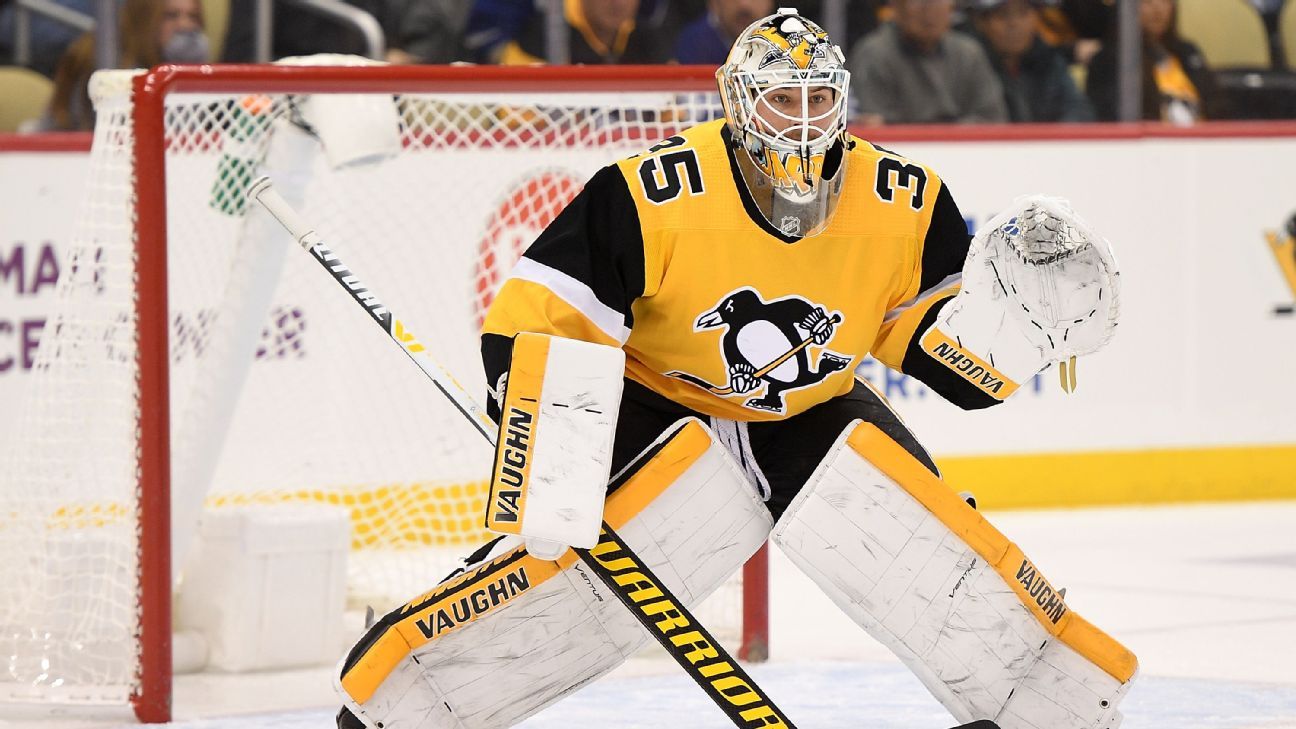 Every week, we’ll mine the waiver wire for lesser-owned assets to help your squad, whether you favor dynasty or the redraft format, and we’ll also toss in some tips for DFS players out there. Finally, we will look at some former go-to fantasy assets who may be overvalued – in the short- or long-term – for one reason or another.

Alex Killorn , LW, Tampa Bay Lightning (Rostered in 26.9 percent of ESPN.com leagues): The veteran Lightning winger is on a tear, collecting six goals and 10 assists in a dozen games, including six points on the power play. Averaging near 18 minutes per game on a line with Anthony Cirelli – another underrated fantasy asset, in my view – Killorn is comfortably on pace to record 60 points for the first time in his NHL career. He has a usefulness in deeper leagues.

Calle Jarnkrok, C/LW, Nashville Predators (13.2 percent): I remain puzzled with how little fantasy interest managers have in this particular forward. Skating on the Predators’ top line, Jarnkrok is loosely on pace for 30 goals and 30 assists with 10 and nine, respectively, to date. While those numbers admittedly present as unprecedented for the seven-year vet, so is his current role on the team’s No. 1 unit. Unavailable in all of my own deeper leagues, I’d be all over him if that wasn’t the case.

Missed an episode of the ESPN On Ice podcast with Greg Wyshynski and Emily Kaplan? Find all the episodes from the show’s catalogue here. Listen »

Brendan Lemieux, LW/RW, New York Rangers (4.9 percent): Need hits and penalty minutes? Lemieux provides you with both, ranking second only to teammate Jacob Trouba in the former category (67 hits) and top of the league overall in the latter (59 PIM). He’s also modestly pitching in on offense, potting two goals and an assist in his past five games. The 23-year-old feisty forward most certainly has a place in fantasy leagues that recognize physical play along with scoring.

Dominik Kahun, C/LW/RW, Pittsburgh Penguins (4.1 percent): Following a sluggish, unproductive start with his new club in Pittsburgh, the former Blackhawk is finally contributing, pitching in five goals and five assists in 11 games. And there’s a chance the 24-year-old sticks on a scoring line aside Sidney Crosby, once the elite center makes his healthy return. At minimum, fantasy managers in deeper leagues should monitor how the Penguins’ lineup shuffles out once Crosby heals up.

Pontus Aberg, LW/RW, Toronto Maple Leafs (0.0 percent): Not only replacing Andreas Johnsson on the Leafs’ roster, the 26-year-old is also filling in for the injured forward (out long-term) on a scoring line with Auston Matthews and William Nylander. For now, anyway. Having pin-balled around the NHL and AHL since 2014, Aberg must be excited about the opportunity to truly prove he can contribute with the sport’s best. Offering additional promise, he led the Marlies with 10 goals and 14 assists in 22 contests before getting called up. At minimum, the Swedish skater merits monitoring in deeper leagues.

Shayne Gostisbehere, Philadelphia Flyers (38.6 percent): The “reset” – coach Alain Vigneault’s term for a recent three-game break – seems to have worked. In the five contests following his week off in the press box, Gostisbehere appears confident and utterly jazzed with three goals and one assist. And the 26-year-old puck-moving defenseman is back to anchoring the Flyers’ top power play. Remember, we’re only a season removed from Gostisbehere collecting 65 points in 78 games. Claim him if available.

Sami Vatanen, New Jersey Devils (7.4 percent): I truly believe it won’t be too long before P.K. Subban turns it around and makes something of what has thus far, without question, been a disastrous debut season with the Devils. But we’re not there yet. Right now, Vatanen remains the only member of Jersey’s blue line who merits fantasy investment. Anchoring the club’s top power play, the 28-year-old defenseman has six points with the extra skater and 13 altogether in 25 games. A recent run of three power-play assists in four contests provides extra contemporary appeal. Consider plugging him into your own banged-up blue line for now.

Tristan Jarry, Pittsburgh Penguins (6.7 percent): The current No. 1 netminder for the Penguins is on fire, posting back-to-back shutouts and earning six wins in seven appearances since mid-November. It’s hardly out of the question that Matt Murray gets his act together – he wasn’t terrible versus the Red Wings over the weekend – and reclaims the role of top banana in Pittsburgh before long. But maybe not. And if not, Jarry could be a bonafide goaltending steal this fantasy season, if available. Grab him immediately.

Alexandar Georgiev, New York Rangers (6.2 percent): Like with Murray and Jarry in Pittsburgh, there appears to be a changing of the goaltending guard in the Big Apple. Unlike with the Penguins, the shift in New York feels potentially more permanent. Starting four of the Rangers’ past five, and allowing only four goals on 151 shots, Georgiev has three wins to show for a fat week’s work, including two shutouts. While this shift has always felt inevitable, veteran Henrik Lundqvist could be idle, more often, sooner than anticipated.

Pierre-Luc Dubois, C, Columbus Blue Jackets (88.9 percent): With one assist (zero goals) in seven games, Dubois is presently on leave from centering the Blue Jackets’ top line. While he’ll inevitably snap out of this current funk eventually, there’s little upside to rostering the skilled 21-year-old when skating on a third unit aside depth winger Emil Bemstrom. Bench him for now.