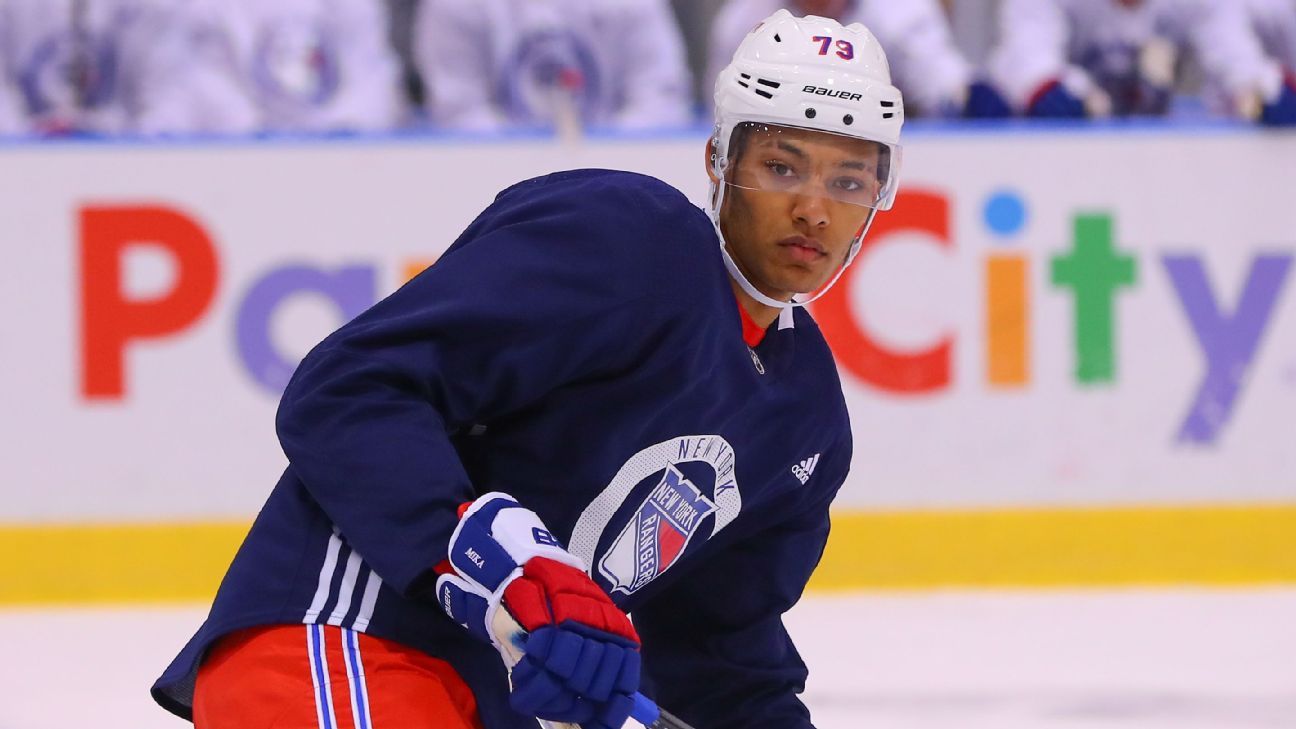 The New York Rangers are investigating how prospect K’Andre Miller’s video chat with fans was “hijacked” by racial slurs directed towards the African-American player.

Miller, 20, took part in a video Q&A on Zoom that was limited to 500 participants on Friday afternoon. With about 150 fans streaming the chat, the comments section for questions was overrun with the “N-word” being published over and over again, under different user names, before the comments were turned off.

Videos of that incident circulated on social media, and both the Rangers and the National Hockey League put out statements condemning the act.

“We held an online video chat with fans and New York Rangers prospect, K’Andre Miller, during which a vile individual hijacked the chat to post racial slurs, which we disabled as soon as possible,” said the Rangers. “We were incredibly appalled by this behavior, which has no place online, on the ice, or anywhere, and we are investigating the matter.”

A source tells ESPN that the incident has been forwarded to the FBI.

Miller was selected 22nd overall in the 2018 Draft by the Rangers, and the University of Wisconsin defenseman was signed to his first pro contract in March. This chat was to serve as an introduction to Rangers fans.

The NHL said in its statement: “The National Hockey League is appalled that a video call arranged today by the New York Rangers to introduce their fans to one of the League’s incoming stars, K’Andre Miller, was hacked with racist, cowardly taunts. The person who committed this despicable act is in no way an NHL fan and is not welcome in the hockey community.

“No one deserves to be subjected to such ugly treatment and it will not be tolerated in our League. We join with the Rangers in condemning this disgusting behavior.”

Zoom, the video conferencing platform that’s seen a spike in users due to COVID-19 social distancing and shelter at home restrictions, has been dealing with issues of online abuse. “Zoombombing” involves the hijacking of video calls and conferences with hate speech and offensive images.

This is the second time a hockey event on Zoom was interrupted by hate speech. The “Hockey Analytics Night in Canada” conference on March 28 was forced to go private due to homophobic and racial slurs and sexual harassment.

Tour: Event in Columbus to replace John Deere
Top Rank announces headliners for June boxing
Mayfield: Actions, not words my focus for Year 3
USTA exploring many scenarios to host US Open
Flag gone wrong? A look at the most controversial calls in college football history