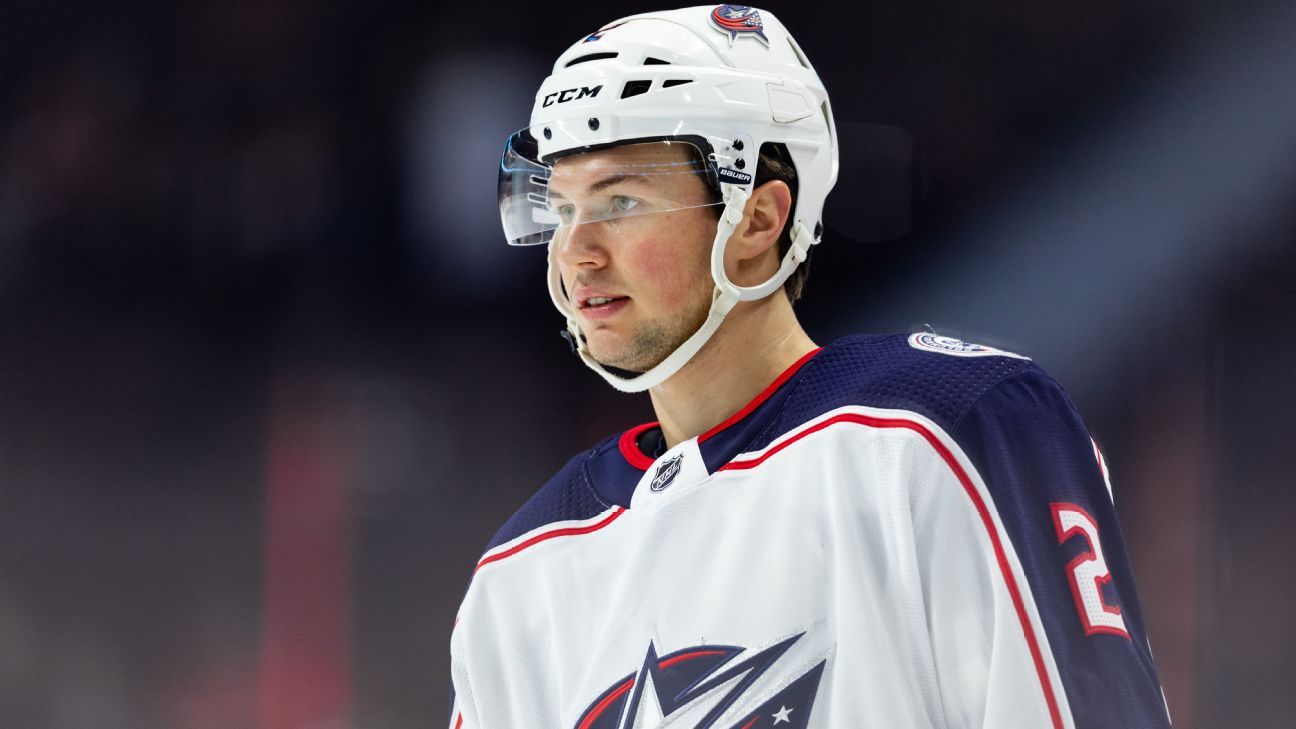 COLUMBUS, Ohio — The trainer’s room is getting crowded for the Columbus Blue Jackets.

Rookie Andrew Peeke is the latest to head there. The 21-year-old defenseman suffered a broken finger Tuesday night at Detroit in just his seventh game after being called up from the Blue Jacket’s AHL affiliate in Cleveland. He is expected to miss four to six weeks.

Forwards Sonny Milano (concussion), Josh Anderson (shoulder) and rookie Emil Bemstrom (ribs) also are on the shelf for the Blue Jackets, who are in seventh place in the Metropolitan Division despite winning back-to-back games this week.

They return to action Thursday night against the Los Angeles Kings.