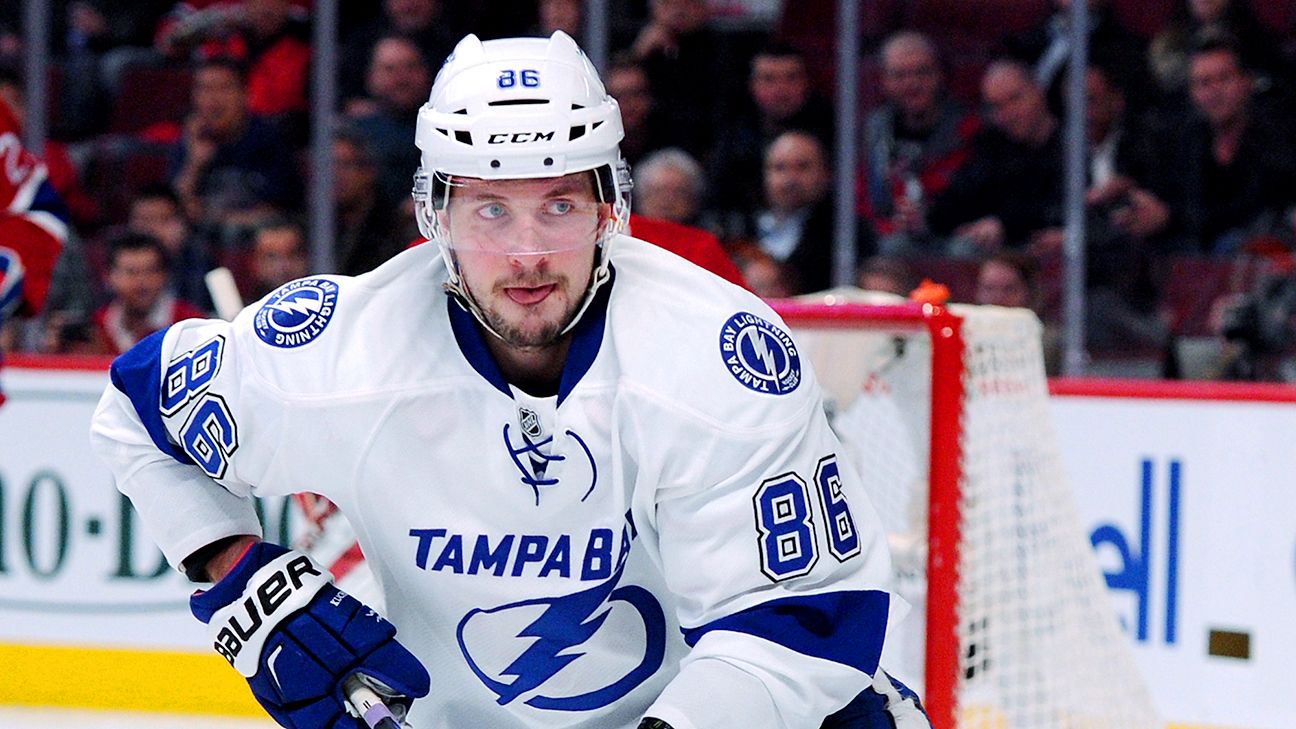 Tampa Bay forward Nikita Kucherov, the reigning NHL MVP, was back on the first line for the Lightning on Thursday, finishing with an assist and four shots on 28 shifts during a 4-3 overtime loss to the Dallas Stars.

After a costly turnover, Kucherov spent most of the third period and then overtime on the bench during the Lightning’s 4-3 win over the Ottawa Senators on Tuesday. It was a particularly surprising move, given Kucherov had scored earlier in the game.

But Thursday, during the team’s morning skate, last year’s Hart Trophy winner was back on the Lightning’s top line with Brayden Point and Ondrej Palat.

The line was effective at even strength in the second period vs. the Stars, as Palat scored his 10th goal of the season at the 3:22 mark. In the first, Kucherov and Palat posted assists on the power play.

“Kuch is going to be fine. He’s a very prideful player,” captain Steven Stamkos said after the morning skate. “He’s going to come out and be great and hopefully we’ll never have to talk about it again.”

On Saturday, in a 5-2 loss to the Washington Capitals, Kucherov left midway through the second period after taking John Carlson‘s shot off the right foot-shin area. He did not return. But he started vs. the Senators, and he remained in his normal slot until the third.

“It was just our decision. It could have been anybody,” Lightning coach Jon Cooper said Tuesday. “As a group, we put ourselves in a position that we wanted to win this game, and this is what we were going with tonight.”

Like the Lightning, Kucherov is battling to regain last season’s form. Leading Tampa Bay to the Presidents’ Trophy for the best regular-season point total (128), Kucherov had 41 goals and 128 points. This season, he has 11 and 36.

Thursday’s loss — a game in which Tampa Bay led 3-2 after two periods — won’t help matters much for the Lightning, though they snagged a point out of it. Dallas’ Tyler Seguin ripped a wrist shot past Andrei Vasilevskiy at 3:00 in the extra session.

The Lightning now have lost two of the past three games, all on home ice, as they battle for playoff positioning in the Eastern Conference. Tampa Bay has been able to secure points, however, in four of the past five games.

“It’s just an ongoing process,” Stamkos said. “We are improving in the right direction with puck possession and shot attempts. It’s trending the right way. We’ll keep trying to improve.”