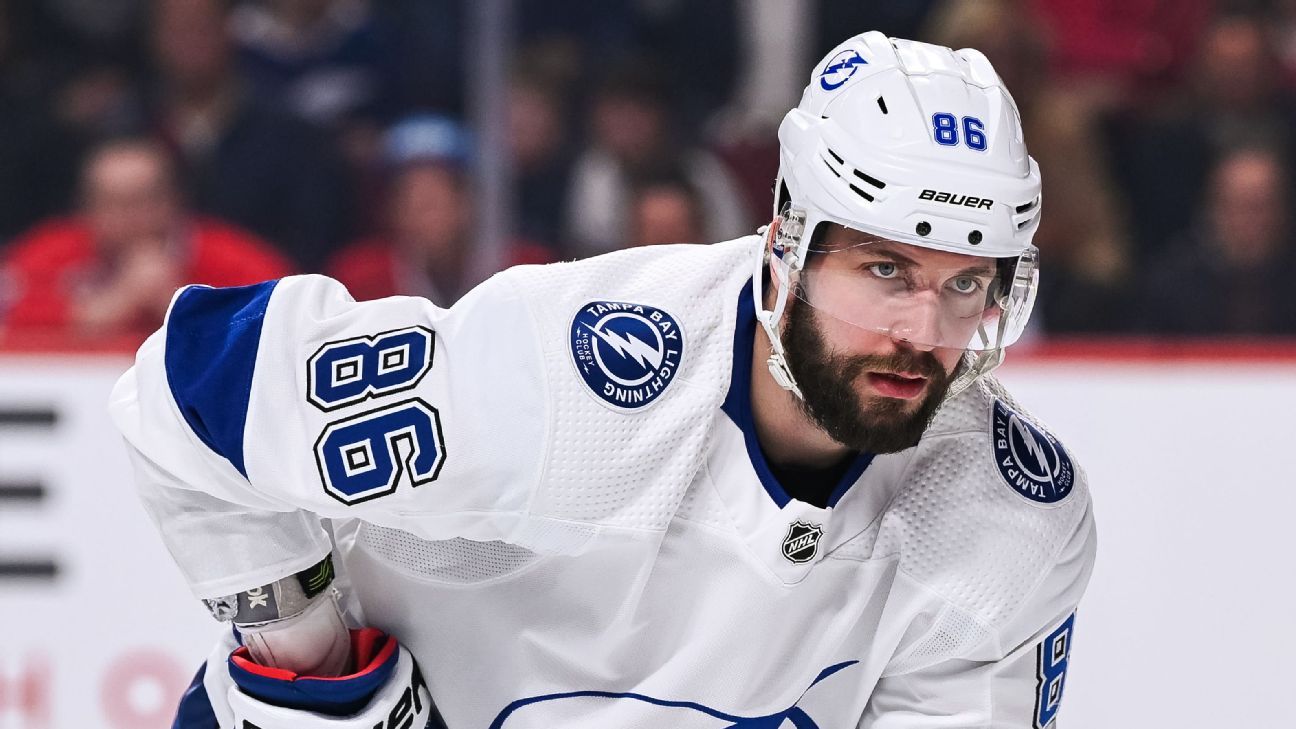 Despite a goal to open the scoring, Tampa Bay Lightning forward Nikita Kucherov, the defending league MVP, spent most of the third period and then overtime on the bench of the Lightning’s 4-3 win over the Ottawa Senators on Tuesday.

Kucherov, in the lineup after leaving Saturday’s 5-2 loss to the Washington Capitals midway through the second after taking a shot off his right foot, took the bench in the third after a costly turnover.

Lightning coach Jon Cooper was pressed about the decision in his postgame news conference. He chose not to address Kucherov by name, but he did comment on the strategy.

“We did what was best for us to win tonight,” he said.

Asked if the decision was based solely on the turnover, Cooper said: “It was just our decision. It could have been anybody. As a group, we put ourselves in a position that we wanted to win this game, and this is what we were going with tonight.”

Kucherov scored 7 minutes, 27 seconds into the game from the high slot. Ottawa goaltender Marcus Hogberg lost his stick while moving to his right to try to stop Tampa Bay defenseman Victor Hedman‘s in-close shot and was scrambling to get back in position as Kucherov netted his 199th career goal.

Kucherov has 11 goals this season but is far off his pace from last year, when he won the Hart Trophy. En route to helping Tampa Bay to the Presidents’ Trophy last season, Kucherov had 128 points, the highest total in the NHL since the 1995-96 season.