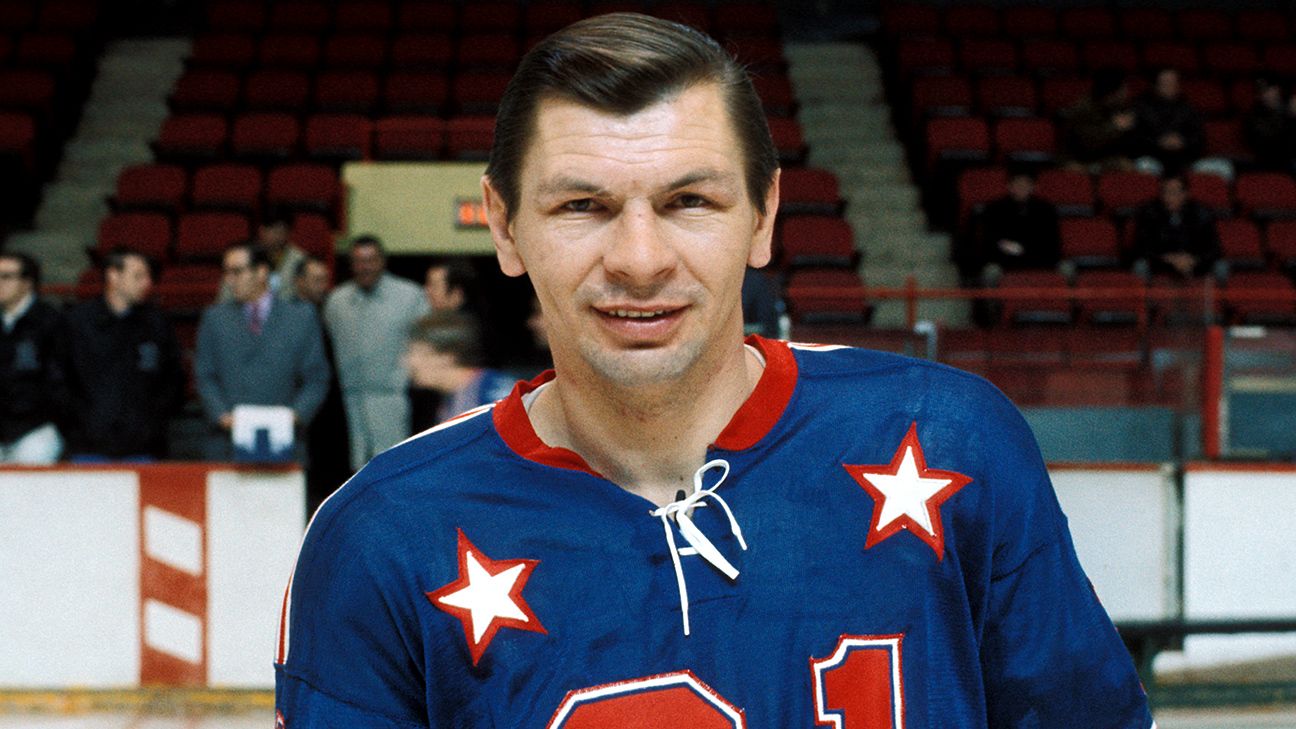 Stan Mikita, a member of the Hockey Hall of Fame and the leading scorer in Chicago Blackhawks history, died Tuesday at age 78, according to a statement from his family.

Mikita amassed 1,467 points (541 goals and 926 assists), which ranks 14th in NHL history. Mikita won the Hart Trophy twice as league MVP, four Art Ross trophies as the league’s leading scorer and the Lady Byng twice as the most gentlemanly player. He was inducted into the Hockey Hall of Fame in 1983.

“Stan Mikita lived a remarkable life and was a wonderful man, respected and revered by so many,” he said. “One of the greatest players in NHL history and a Chicago icon, he was a pioneer of the game in so many ways.

“He designed the distinctive helmet he donned later in his career, when that still was a rarity. He curved his stick blade to an extent previously unthinkable, causing his shot to do tricks. He utterly transformed his playing style in his prime, going from one of the League’s most penalized players to one of its most gentlemanly.”

“Stan Mikita will be always remembered as a champion, an innovator and a master of the game. He embodied the Chicago Blackhawks. His excellence is illustrated by the team records he still holds today. His passion for the game was proved by the longevity of his playing career. The impact he had on the franchise is proved by fact that Blackhawks fans still wear his jersey to the United Center,” John McDonough, the Blackhawks’ president and CEO, said in a statement.

In 2015, Mikita was diagnosed with suspected dementia with Lewy bodies, a brain disorder that causes memory loss. “His mind is completely gone,” his wife, Jill, told the Chicago Tribune in June 2015. “I don’t like to use that term, but there’s no other way to describe it.”

Mikita had requested that his brain be donated for chronic traumatic encephalopathy (CTE) research after his death.

“There are no words to describe our sadness over Stan’s passing. He meant so much to the Chicago Blackhawks, to the game of hockey, and to all of Chicago. He left an imprint that will forever be etched in the hearts of fans — past, present and future,” Blackhawks owner Rocky Wirtz said in a statement. “Stan made everyone he touched a better person. My wife Marilyn and I, joined by the entire Wirtz family, extend our prayers and thoughts to Jill and the Mikita family. ‘Stosh’ will be deeply missed, but never, ever forgotten.”

Mikita worked as an ambassador for the Blackhawks during Wirtz’s tenure as owner, and in 2011 the team raised a statue in his honor at United Center. But it was another statue that put Mikita back in the spotlight just over a decade after his retirement. A model of Mikita adorned the roof of “Stan Mikita’s Donuts,” a spoof of Tim Horton’s that was featured in the hit comedy “Wayne’s World” in 1992. It was later recreated both as an amusement park attraction and at the NHL All-Star Game in 2017.

“Just a dream come true to have Stan Mikita be part of it, part of my life,” said “Wayne’s World” star Mike Myers, in an interview with Sports Illustrated in 2017. “He just looked like a hockey player, you know what I mean? Just an awesome, awesome hockey player.”