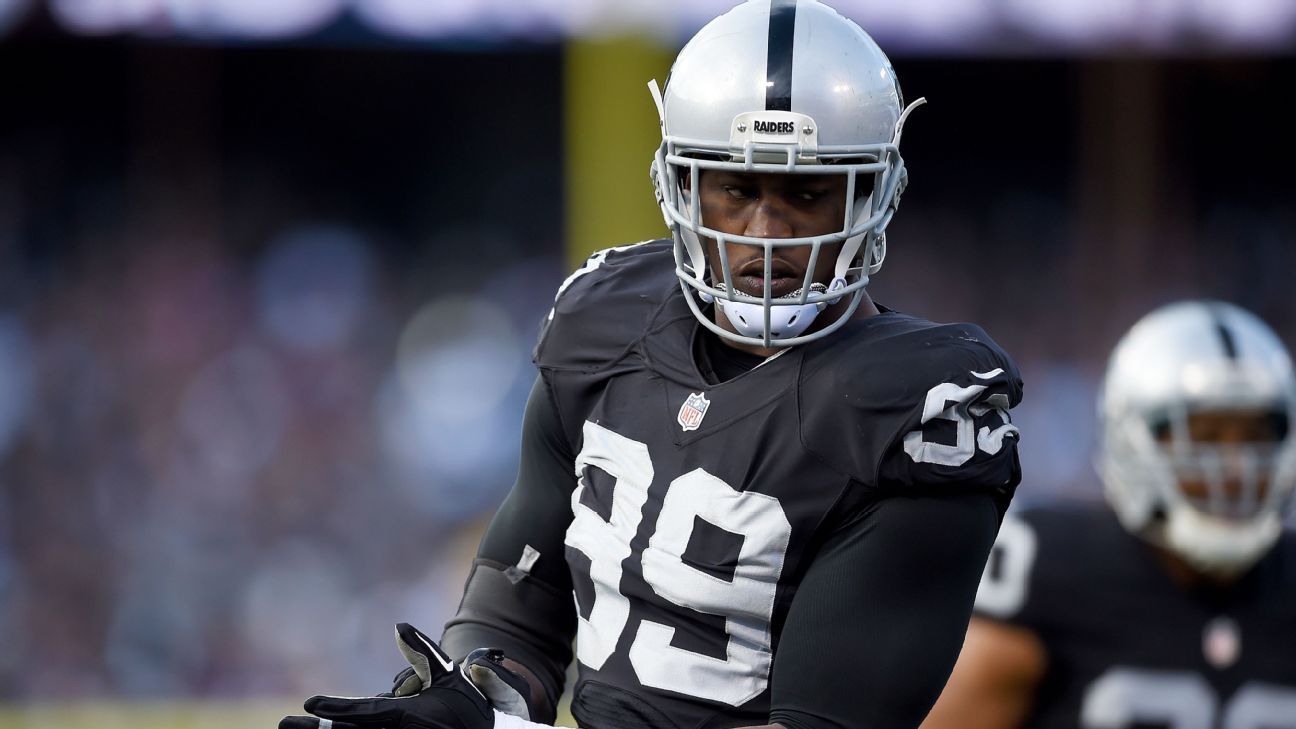 Dallas Cowboys defensive end Aldon Smith has been granted conditional reinstatement by the NFL from an indefinite suspension for violation of the league’s personal conduct and substance abuse policies, sources told ESPN on Wednesday.

The move will allow Smith to take part in meetings with Cowboys coaches and teammates in the virtual offseason program beginning Tuesday. Smith, who has been living and working out in Dallas for the past month, met with NFL commissioner Roger Goodell via a virtual call last Thursday.

Smith, 30, has not played in an NFL game since he was suspended as a member of the Raiders in 2015 because of legal and substance abuse issues. Now that he has been reinstated, he will receive $90,000 from the Cowboys as part of the one-year deal he signed in April that could be worth up to $4 million.

The Cowboys are hoping Smith, the No. 7 overall pick in the 2011 draft, can find the form that led to him recording 47.5 sacks in 59 games with the San Francisco 49ers and Raiders. He made a connection with new Cowboys coach Mike McCarthy last year at a Los Angeles gym in which he was working out, and he had his best two seasons under defensive line coach Jim Tomsula with the Niners, including a 19.5-sack season in 2012 when he was named an All-Pro.

Tomsula was one of the first additions to McCarthy’s staff after Mike Nolan was named Dallas’ defensive coordinator.

The Cowboys did not select a pass-rusher until the fifth round of the 2020 NFL draft when they took Bradlee Anae. They lost last season’s leader in sacks, Robert Quinn, who had 11.5, in free agency to the Chicago Bears. DeMarcus Lawrence is the Cowboys’ best pass-rusher, but he had just five sacks in 2019.

The Cowboys could also see the return of 2015 second-round pick Randy Gregory, who was suspended from the league indefinitely in February 2019. Sources have said he has filed for reinstatement. He has played in just 16 total games since his rookie season because of multiple violations of the NFL’s substance abuse policy.

Smith had his first off-the-field incident in 2013, when he was arrested on suspicion of DUI after crashing his truck into a tree in a residential neighborhood in San Jose, California. In 2014, the NFL suspended him nine games for violating the league’s personal conduct and substance abuse policies.

In August 2015, Smith was released by the Niners the day after he was arrested on hit-and-run, DUI and vandalism charges. He signed with the Raiders a month later but was suspended for a year for violating the league’s substance abuse policy.

The Raiders signed Smith to a two-year deal in 2016, but released him in 2018 after he was arrested on a number of charges including domestic violence, assault and false imprisonment. Smith pleaded no contest to a pair of misdemeanor charges in November 2018 to settle his domestic violence case from earlier that year.