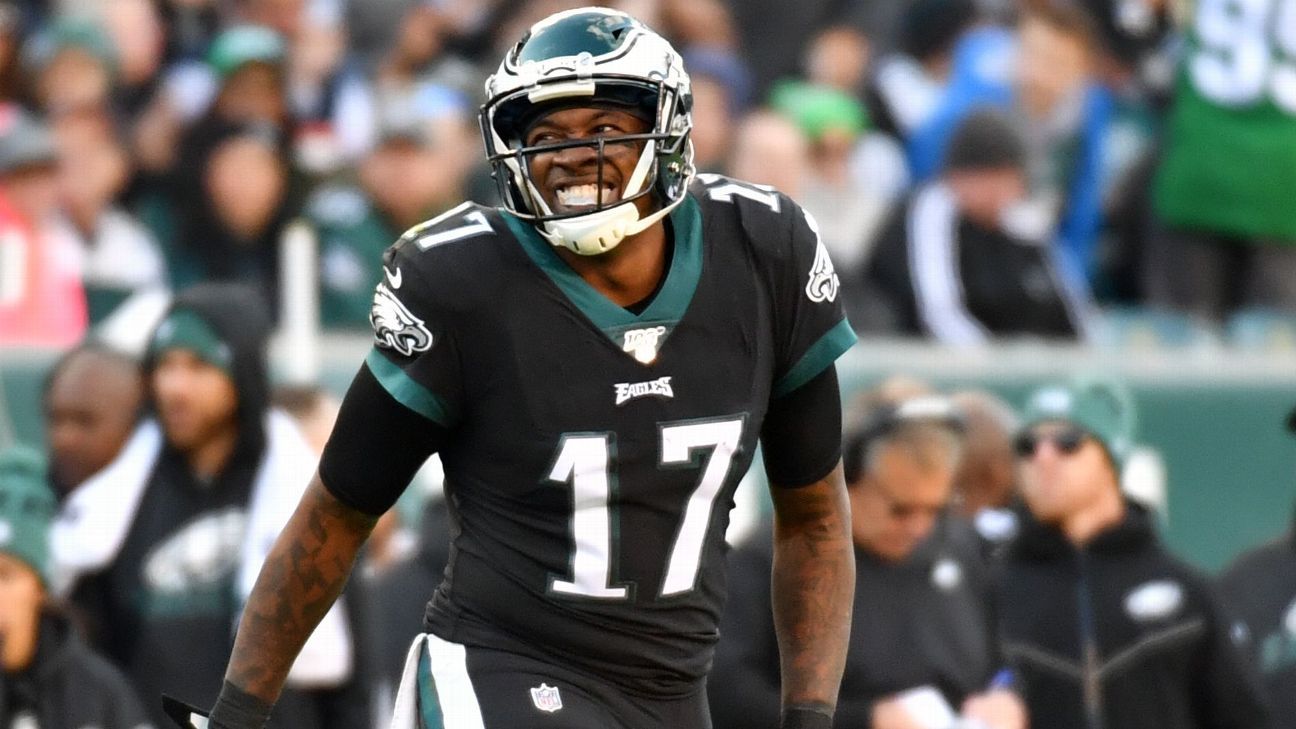 NFL Network first reported that Jeffery would miss the rest of the season.

Jeffery was taken to the locker room on a cart during the second quarter of Monday’s 23-17 win over the New York Giants. He was not contacted on the play, but left the field limping before throwing down his helmet and entering the medical tent. He then sat in the front seat of a cart that headed into the tunnel.

The injury left Carson Wentz with just two active receivers for the rest of the game: JJ Arcega-Whiteside and Greg Ward. With Nelson Agholor still dealing with a knee injury, the Eagles are expected to make a move at receiver in the near future. They have three receivers on their practice squad, including Marken Michel, who had a strong offseason for the Eagles. Michel is the brother of Patriots running back Sony Michel.

“We’re going to work through that today and try to get something in place here pretty quick, and we’re back on the field [Wednesday],” Pederson said.

Jeffery finished the season with 43 catches for 430 yards and four touchdowns.

Eagles offensive lineman Lane Johnson, meanwhile, is week-to-week with an ankle injury, Pederson said. Halapoulivaati Vaitai replaced him at right tackle Monday and appears to be the leading candidate for the job moving forward.

Astros’ Altuve confident ‘everything will be fine’
Westwood earns 25th Euro tour win in Abu Dhabi
Darvish now asks: Were Astros stealing off me?
Player confidential: The truth about slow play in golf and how to fix it
UFC 246 debate: Is Conor properly focused on Cowboy? Will fans remain loyal?