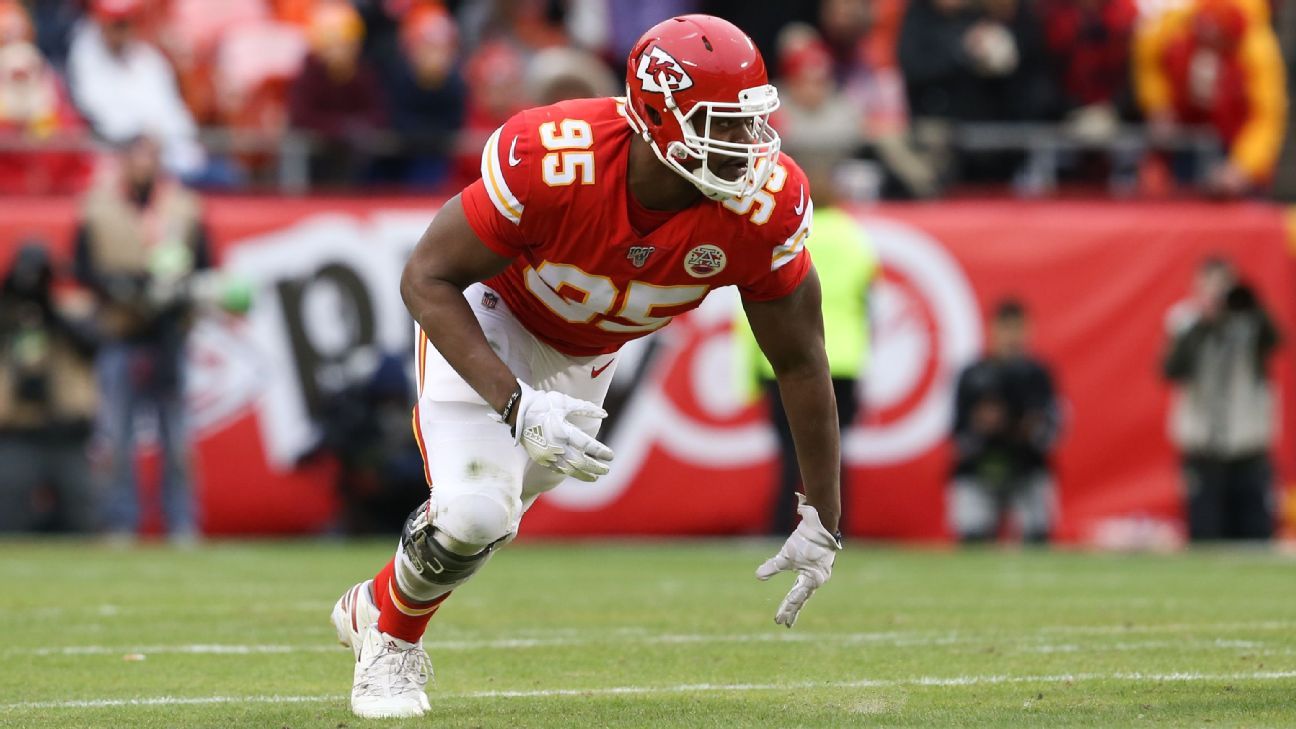 After 17 weeks of the 2019 NFL regular season and two rounds of the playoffs, we’re down to the final four: The Kansas City Chiefs will host the Tennessee Titans in the AFC Championship Game on Sunday, and the San Francisco 49ers will welcome the Green Bay Packers in the NFC title game. Will injuries play a factor in determining which teams reach Super Bowl LIV?

Our NFL Nation reporters have searched for the latest intel on all the key injuries. Read on to get the latest scoop from inside NFL locker rooms on who’s in and who’s out this weekend.

Titans wide receiver Adam Humphries (ankle) returned to the field Wednesday for the first time since Week 13, and having Humphries back would give the offense its best playmaker in the short passing game.

Humphries worked a lot during individual periods on those quick-hitting routes that allow him to get open in a hurry and keep the chains moving. Linebacker Jayon Brown (shoulder) also returned after missing last week’s divisional game against the Baltimore Ravens. Both were limited participants. — Turron Davenport

Chiefs defensive tackle Chris Jones was nowhere close to being ready to play last week because of a sore calf, so it was no surprise he didn’t practice Wednesday. It also wouldn’t be a surprise if Jones wasn’t available on Sunday, though the Chiefs might well take that decision up to game time. But tight end Travis Kelce did work on Wednesday despite a sore knee, and barring a setback, he should be ready to go against the Titans. “He feels better this week than he did last week,” coach Andy Reid said. — Adam Teicher

The bug that has run through the Packers’ locker room apparently hasn’t been completely eradicated. Now, receiver Geronimo Allison has it.

He didn’t practice Wednesday, but if it’s the same thing that right tackle Bryan Bulaga had, then it should be gone by Sunday. Bulaga, who was a last-minute no-go after inactives came out last week against the Seattle Seahawks, said his bout lasted 48 hours. “Anytime I ate something, it was coming back up,” Bulaga explained Wednesday. “That’s just the way it was going. Yeah, it just wasn’t good.” Nearly 10 Packers players, including three of the five offensive line starters, have had some form of illness since the end of the regular season. — Rob Demovsky

The 49ers seemed to come out of last week’s game against the Minnesota Vikings without any serious injury issues, and they appear to be about as healthy as they could hope at this point in the season. But there was one surprise on Wednesday’s participation report in the form of tight end George Kittle. Kittle did not participate in Wednesday’s practice with what the 49ers are calling ankle soreness left over from the divisional round. Kittle was seen in the locker room walking without a limp or obvious issue, so it doesn’t seem serious. But it’s really the only new issue worth monitoring as the Niners prepare for Green Bay. — Nick Wagoner