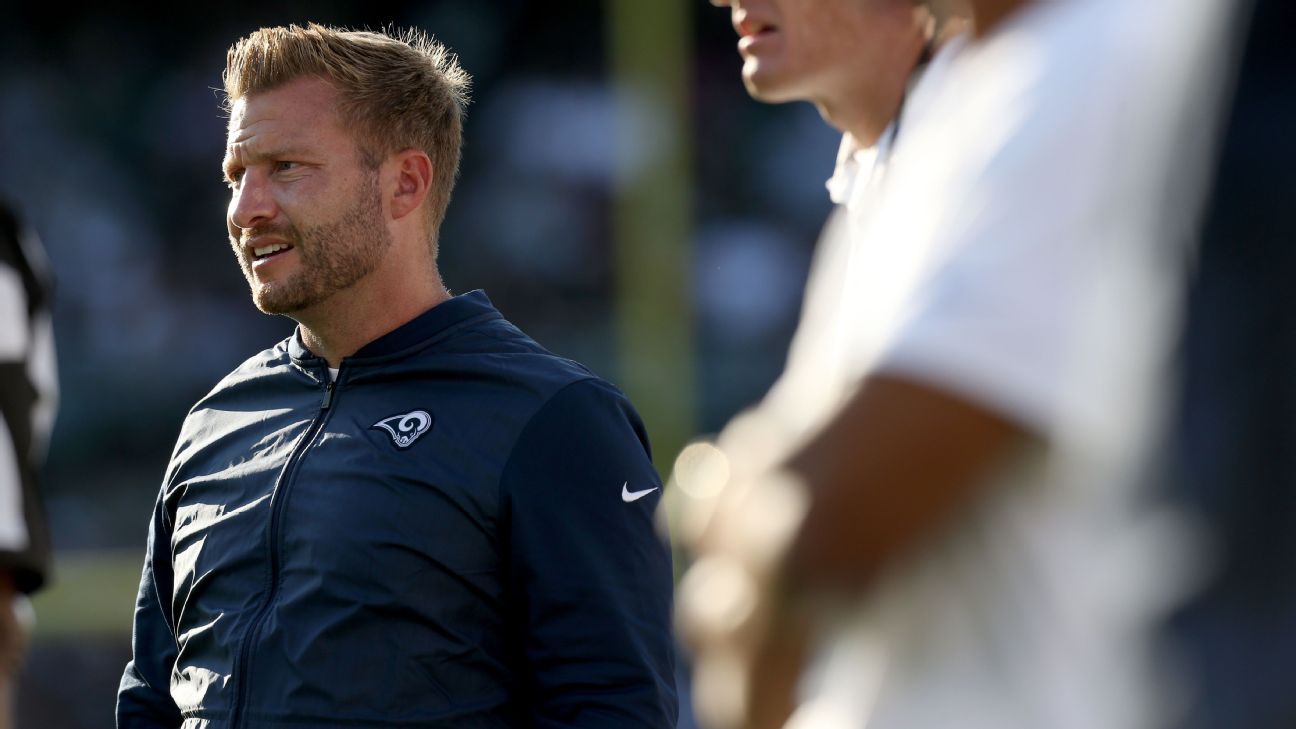 THOUSAND OAKS, Calif. — The Los Angeles Rams depart Thursday for Hawaii, where they will play the Dallas Cowboys in a preseason game, but quarterback Jared Goff and running back Todd Gurley will be among approximately 20 starters who will be left behind.

Defensive tackle Aaron Donald and cornerback Marcus Peters are the only starters who are expected to make the trip, though they will not play in the game on Saturday at Aloha Stadium.

For a second consecutive year, McVay is not expected to play starters or key reserves in preseason games.

The Rams announced last November that they would play a 2019 preseason home game in Hawaii. In March, it was determined their opponent would be the Cowboys, who they will face again in Week 15 this season.

The rise of Swedish defensemen: How Hedman, others have taken over the NHL
World Cup-winning coach joins England staff ahead of Six Nations
Bourbon Street, Burreaux and the Bayou: How a city and state rallied for their Tigers
Bold Predictions for 2020: Mayweather will be back; count on Canelo-GGG III
What you need to know about Astros’ sign-stealing punishment