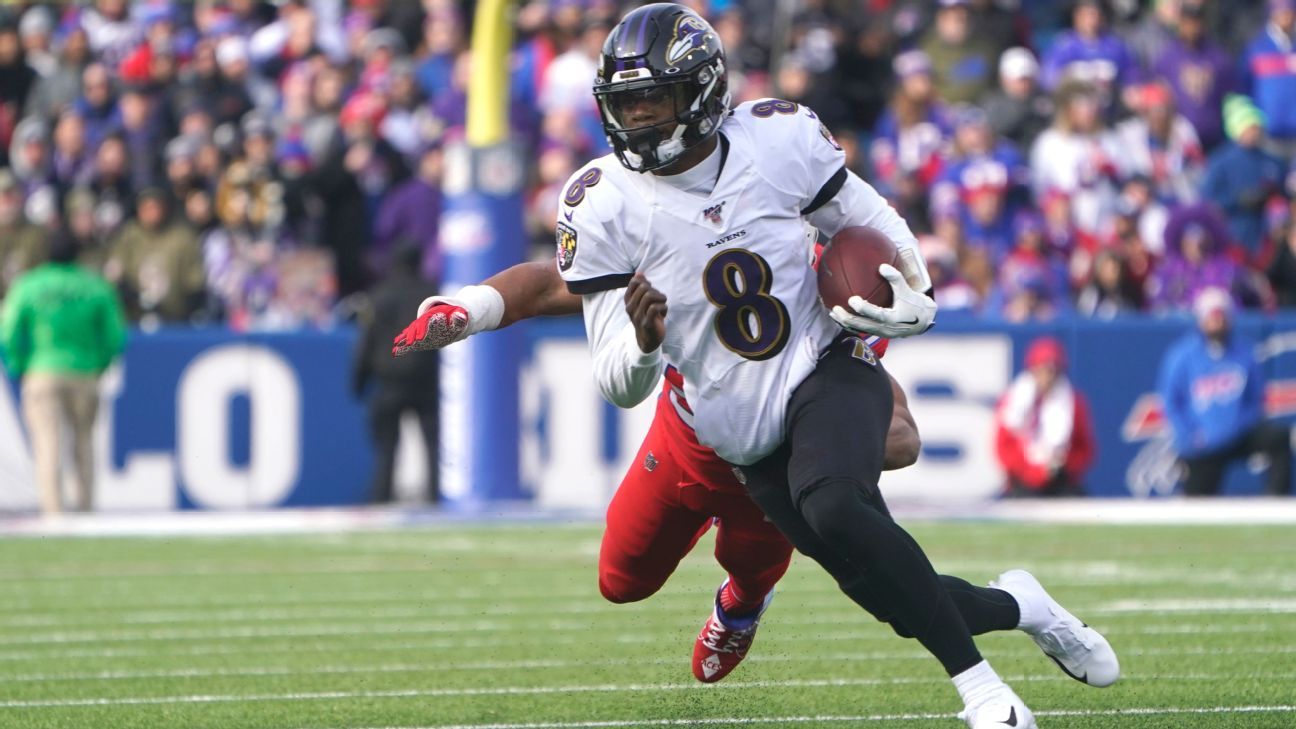 Jackson, the frontrunner for the NFL’s Most Valuable Player award, leads the league with 28 touchdown passes and tops all quarterbacks with 1,017 yards rushing. He has never been sidelined since taking over as Baltimore’s starting quarterback, playing in 20 straight games.

Ravens coach John Harbaugh indicated Jackson was hurt during the game when a Bills defender hit him “around the knee.” Harbaugh declined to say whether Jackson would be limited in practice Tuesday.

“It’s less than 24 hours after the game,” Harbaugh said a day after a 24-17 win at the Buffalo Bills. “It’s hard to say. It’s not a serious injury in that sense. This is day to day. We play Thursday night. We’ll see where we’re at.”

The Ravens (11-2) have a quick turnaround with Thursday night’s game against the New York Jets (5-8). Baltimore can clinch its second straight AFC North title with a victory.

Jackson didn’t participate in any drills during the media-viewing portion of Monday’s practice, which was a 90-minute walkthrough. He entered the indoor fieldhouse when reporters were leaving, walking with a slight hitch. Jackson wasn’t present on the field when practice ended.

Backup quarterback Robert Griffin III took all the snaps during the portion open to media. Griffin has not started a game since 2016.

Jackson participated in all 60 offensive snaps in Sunday’s win in Buffalo. He was 16-of-25 passing for 145 yards with three touchdowns and one interception. Jackson was held to 40 yards rushing, his lowest total since the season opener, and needs 23 yards to break Michael Vick’s single-season rushing record for quarterbacks.

This marked only the second time Jackson has been listed on the injury report this season. Jackson missed a practice in Week 10 with an illness.

“I’m not going to get into injuries,” Harbaugh said. “The guys who are ready, will play. The guys who aren’t, won’t. Just look at the injury report and take it from there.”