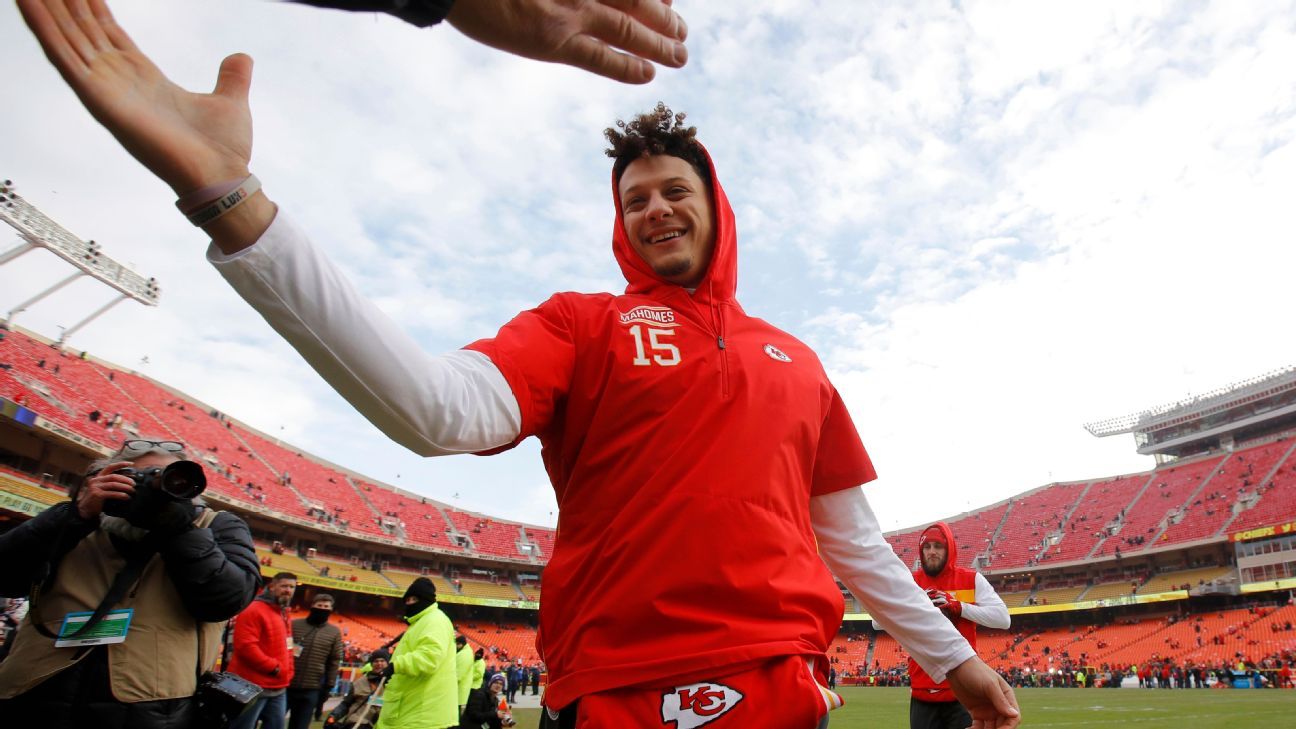 As Tristan H. Cockcroft wrote, quarterback is deeper than ever before, which means you should be patient in drafting one in fantasy football leagues that start a single quarterback. To that point, in our three previous mock drafts that used one quarterback (10-team PPR, 10-team non-PPR, 12-team PPR), the first QB off the board (Patrick Mahomes) didn’t come until Round 5, and QB11 was taken in Round 12, 13 and 11, respectively.

With that in mind, we gathered our experts for a 10-team PPR mock draft that starts two quarterbacks, and it changed the dynamics of the draft dramatically. In this mock, Mahomes lasted all the way until … overall pick No. 3. Furthermore, QB11 was snagged in Round 5 — the same round Mahomes went as QB1 in the three previous one-quarterback leagues.

More people play on ESPN than anywhere else. Join or create a league in the No. 1 Fantasy Football game! Sign up for free!

Having two starting quarterbacks in your league adds an extra dimension not only to your draft, but your in-season strategies. If there is a max of 32 NFL quarterbacks playing in a given week and 20 are starting in your 10-team league, then there are just a dozen other options available. Most or all will be rostered, which means you’ll be battling via the waiver wire over any viable option during bye weeks or when one of your starters gets hurt.

Check out each of the picks below to see where the rest of the quarterbacks were taken, and how that allowed some running backs and wide receivers to slide.