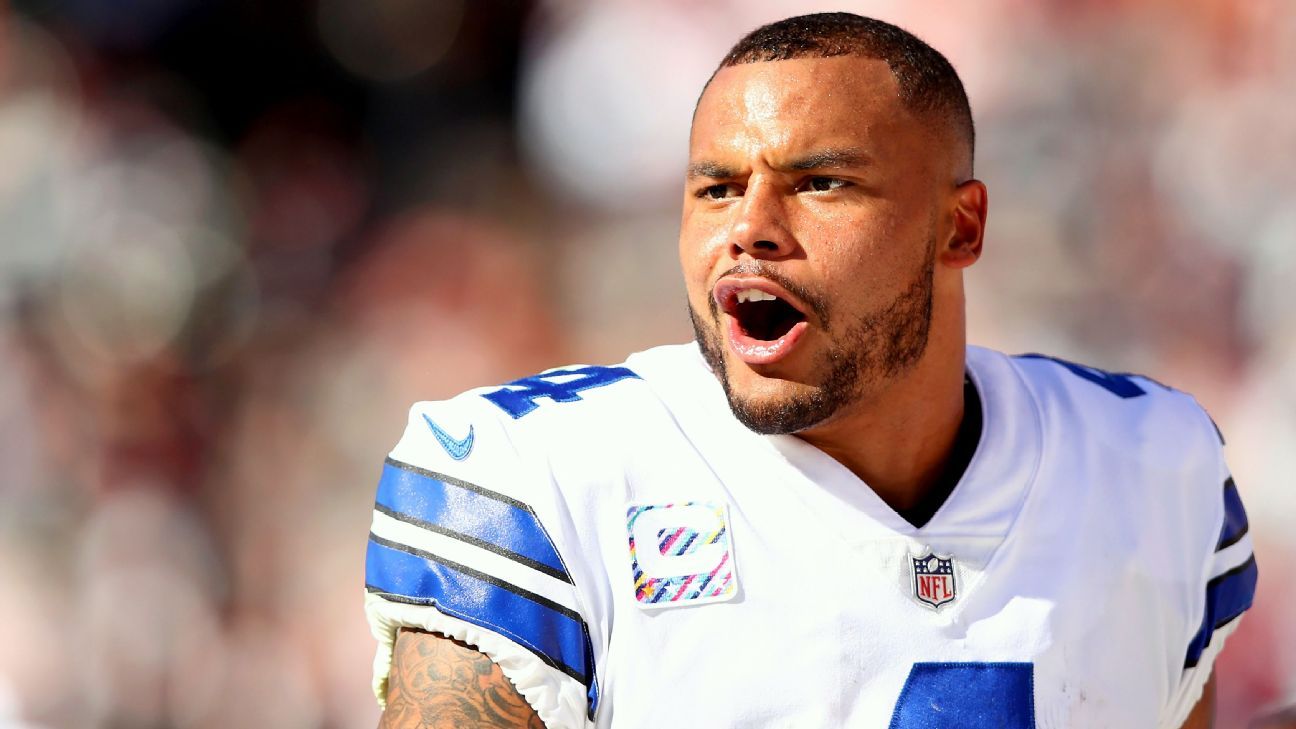 OXNARD, Calif. — Since saying he did not believe the national anthem was the right venue to protest social injustices, Dallas Cowboys quarterback Dak Prescott has caught flak from those in and around the NFL as well as from some outside professional sports.

Prescott said he knew there would be a backlash, so it did not catch him by surprise.

“I made my statements. I stand by what I said,” Prescott said. “Some people might have misunderstood or whatever, but I know what I said, and I feel strongly about what I said. It is what it is.”

On July 27, Prescott was asked to respond to Jerry Jones’ comments at the start of training camp that Cowboys players will stand for the anthem. The NFL and NFL Players Association have had meetings about anthem protocol after the league announced it was setting aside a ruling that players have to stand if they are on the field for the anthem but may remain in the locker room if they want.

“So for me, I’m all about making a change, making a difference, and I think this whole kneeling and all that was all about just raising awareness. The fact that we’re still talking about social injustice years later, I think we’ve got to that point. I think we’ve proved and we know that there’s social injustice. So I’m up for taking a next step that whatever that step may be for action and not just kneeling. I’ve always believed in standing up for what I believe in, and that’s what I’m going to continue to do.”

Prescott said he respects the players who have protested during the anthem, but he believes there is a better way to bring about a solution.

On social media and in news media, Prescott has taken heat for his comments. Prescott was recently depicted on a mural in Dallas as a character from the film “Get Out,” with a gasping, terrified look and tears falling from his eyes.

“Everybody has their own opinion,” Prescott said of the mural.

Prescott said he is aware that the issue of protesting during the anthem has been a polarizing topic.

“That’s what controversy means,” he said, “and this is probably one of the most controversial topics we’ve had in the game since I’ve been in.”

Kyle Busch takes 7th straight Truck series victory
GB win men’s team sprint silver at Worlds
Gagli, Molinari out of Oman over virus concern
How much will the Yankees miss Luis Severino? Not as much as you think
Danley first black umpire to be MLB crew chief