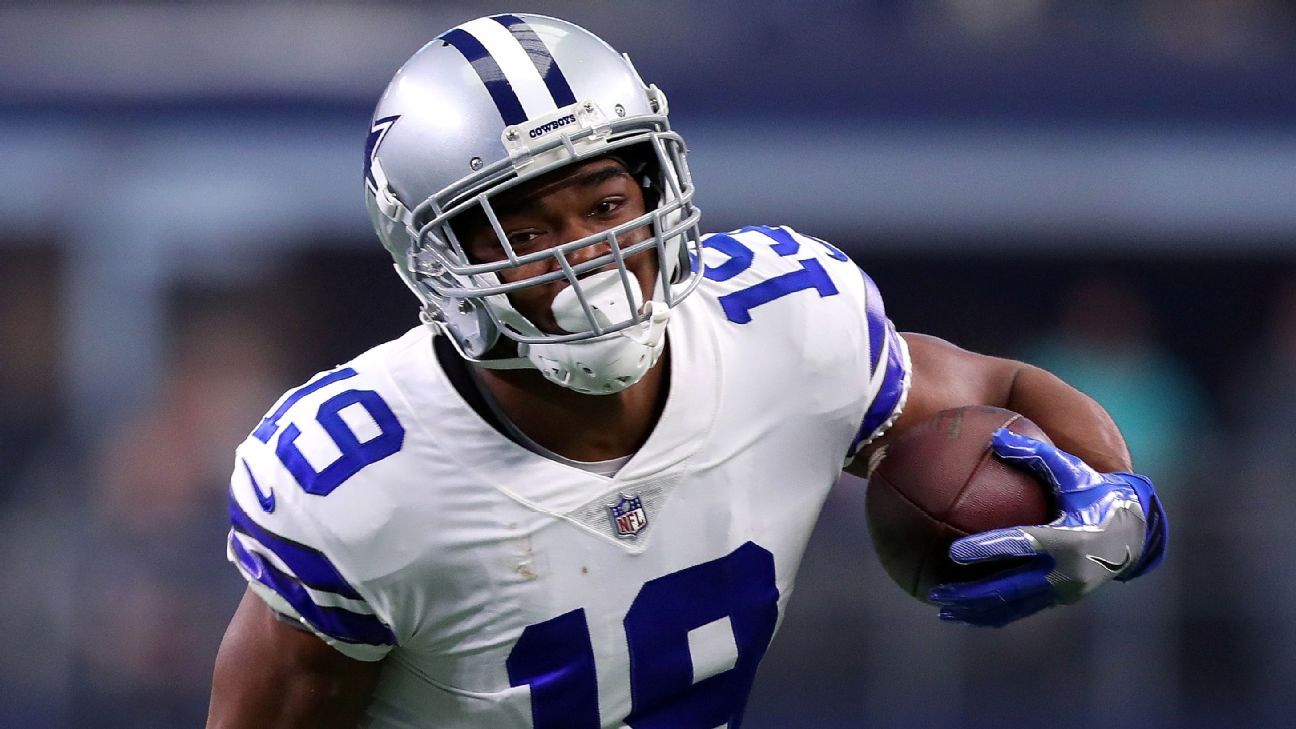 FRISCO, Texas — Amari Cooper will likely not play in a preseason game because of a heel injury suffered while in Oxnard, California, but the Pro Bowl wide receiver is hopeful he can practice with the Dallas Cowboys by the end of the week.

Cooper has not practiced since Aug. 6, and the Cowboys will not put him at risk for the Sept. 8 regular-season opener against the New York Giants by playing him Saturday against the Houston Texans.

The Cowboys do not play their starters in the final preseason game, which is Aug. 29 against the Tampa Bay Buccaneers.

Cooper said he is dealing with “a form of plantar fasciitis,” but he said he has improved the last few weeks.

Asked if he could be effective if he had to play in a regular-season game with it, Cooper said, “Real effective. I mean I played with a lot of foot injuries. High ankle sprains. All those things, so I’m pretty good at playing with foot injuries. But I don’t think I’m going to have to play with it.”

The hope is that the issue resolves itself with rehab before the Cowboys take on the Giants. Cooper said he dealt with plantar fasciitis while at Alabama, and he was named to the Pro Bowl as a rookie after catching 72 passes for 1,070 yards and 6 touchdowns with the Oakland Raiders.

“I’m not worried about it at all, because I know if it does linger, it doesn’t matter,” Cooper said. “I had 1,000 yards when I played on plantar fasciitis before.”

Cooper has been running routes and put the pain level at a 3 when asked what it was on a scale of 1-10.

“It’s not really that bad, especially just walking around,” Cooper said. “But to do the things that I do on the field, obviously I’m cutting really hard, stopping really hard, those things. I haven’t tried to really do that so I couldn’t really tell you.”

The Cowboys acquired Cooper in a trade with the Raiders last October. In nine games with Dallas, he caught 53 passes for 725 yards and 6 touchdowns and was named as an injury replacement to the Pro Bowl.

He said time with Dak Prescott in the offseason and training camp would be a benefit to the quarterback-receiver relationship, but he doesn’t believe there will be an issue.

“I mean, of course I feel like I’m missing things because I’m missing practice,” Cooper said. “But I’m able to keep up mentally and get those mental reps in that kind of like take the place, I guess, of the physical reps.”