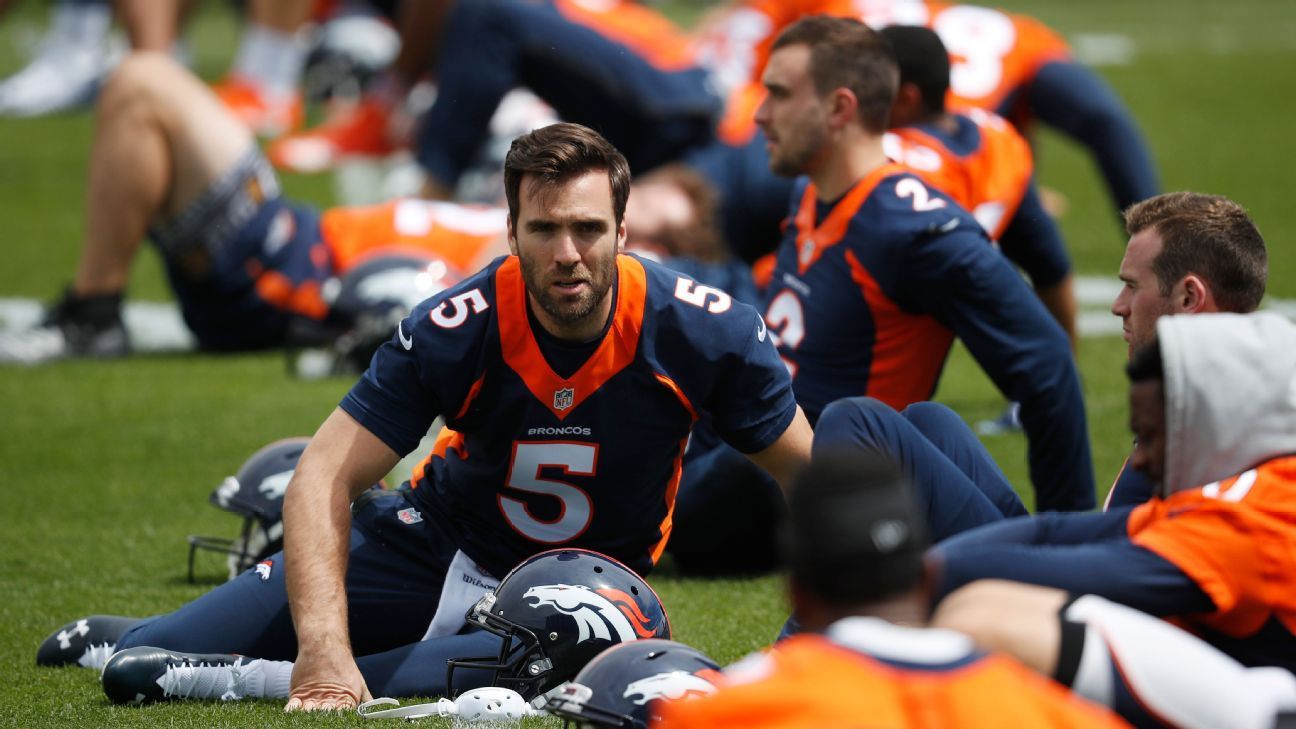 ENGLEWOOD, Colo. — Joe Flacco says his job description doesn’t include grooming his successor, so he suggests rookie Drew Lock sit back and watch him work and ask plenty of questions — of offensive coordinator Rich Scangarello.

“As far as a time constraint and all of that stuff, I’m not worried about developing guys or any of that,” Flacco said. “That is what it is. I hope he does it well. I don’t look at that as my job. My job is to go win football games for this football team.”

Coach Vic Fangio concurred, saying the onus is on the rookie.

“That’s on Drew to soak in and learn. Joe’s learning a new system himself,” Fangio said.

Flacco said before the draft that he didn’t want the Broncos to select a quarterback unless he was the unquestioned starter, and general manager John Elway made it clear that was the case when he took Lock with the 42nd overall pick in the second round.

Asked Monday what he thought of that selection, Flacco said, “Listen, I’ve told you guys how I felt about it. There really isn’t much more that needs to be said. I told you that it’s not really in my control.”

Pressed if Lock’s presence served as any sort of motivator, Flacco said, “I think I’ve talked about that before, too. That is probably along the lines of him being drafted, it’s one of those things. There is definitely little things that motivate you every year. At the same time, I have plenty of other things that have kept me motivated throughout my career and will continue to keep me motivated this year. That won’t be the single or the biggest thing.”

Flacco, who lost his starting job in Baltimore to first-round pick Lamar Jackson after getting hurt last season, said Lock needs to watch him do his thing and pepper Scangarello with any questions.

“I’m not a selfish person, I don’t think,” Flacco said. “There are times where you have to be selfish. But listen, Rich does such a good job in those meeting rooms. Drew is going to learn from listening to him talk and then us getting the reps on the field and seeing how we all do it as a collective group of quarterbacks. … I hope he does learn from me because that means we’re out there lighting it up.”

Elway did grant Flacco his wish by selecting Iowa tight end Noah Fant in the first round and Kansas State offensive lineman Dalton Risner in the second round before moving up to draft Lock.

Flacco’s success in Denver will largely depend on his O-line keeping him upright so that he can hit his tight ends and receivers downfield like he used to do in Baltimore.

“We’re going to get tested every single day out there,” Flacco said. “We have a couple of guys on the edge that obviously can play football.”

The defense was once again missing star cornerback Chris Harris Jr. , who’s been working out in Dallas while awaiting a new contract, a situation that grew dicey with Xavien Howard resetting the market with a five-year, $76.5 million deal last week.