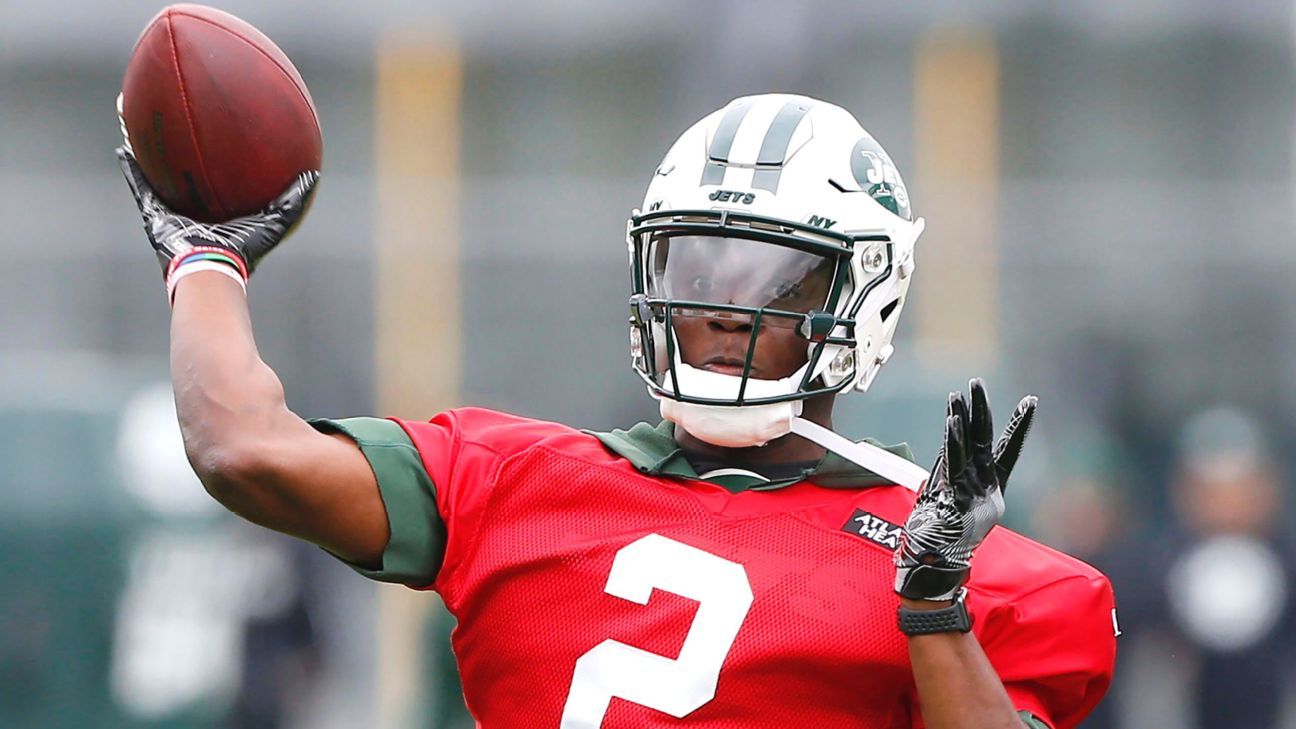 “Right now, I’m doing everything I dreamed of doing — and that’s waking up and continuing to play football,” he said. “It’s a wonderful feeling. It gives me chills right now to think about it, knowing how the previous two years were.”

The former Minnesota Vikings starter, who played only a handful of mop-up snaps in 2017 after missing the entire 2016 season, is expected to see significant action Friday night in the Jets’ preseason opener against the Atlanta Falcons.

Coach Todd Bowles wouldn’t commit to playing incumbent Josh McCown in the game, which means it could be Bridgewater and rookie Sam Darnold. That wouldn’t be a surprise, as McCown, 39, played only two series in the 2017 preseason and still emerged as the starter.

On Monday, Bowles adjusted the quarterback rotation in practice, giving McCown only 10 reps and letting Bridgewater and Darnold split the remainder. The Jets already know what McCown can do; they want to use the time to evaluate the two newcomers.

Some wondered if Bridgewater’s surgically repaired knee would allow him to compete for a job. He still hasn’t been hit in a game — that’ll be the big test — but he claimed everything is fine. He was injured Aug. 30, 2016, in a non-contact drill during Minnesota’s training camp.

“I definitely feel like I’m good,” said Bridgewater, who practices with a small brace on his left knee. “With the training staff here, we’ve been definitely hitting it hard.”

Bridgewater is the wild card in the Jets’ three-way quarterback competition. He could emerge as the starter or, under certain circumstances, he could wind up as trade bait. Earning $6 million on a one-year contract, he could be an affordable option for a quarterback-needy team.

“No, I live in the moment,” Bridgewater said, commenting on whether he thinks about the possibility of being traded.

The organization will give Darnold, the third overall pick, every chance to win the starting job. He has participated in only five practices, but he has impressed with his poise and decision-making.

Asked if it’s realistic for Darnold to be the Week 1 starter, Bowles said, “You have to play the preseason games. I’m not into hypotheticals and nothing that hasn’t happened yet. We’re going to let them play and, after the fourth preseason game, sometime that week I’ll make my decision and we’ll go from there.”

Halep survives scare to make Dubai last 16
Scott triumphs at Riviera, and this time it counts
Kyrie’s season is over (again), but does that mean Brooklyn’s is?
You’ve heard of rope-a-dope? How about blast-a-bomber?
Seven trades we’d like to see before the NHL trade deadline