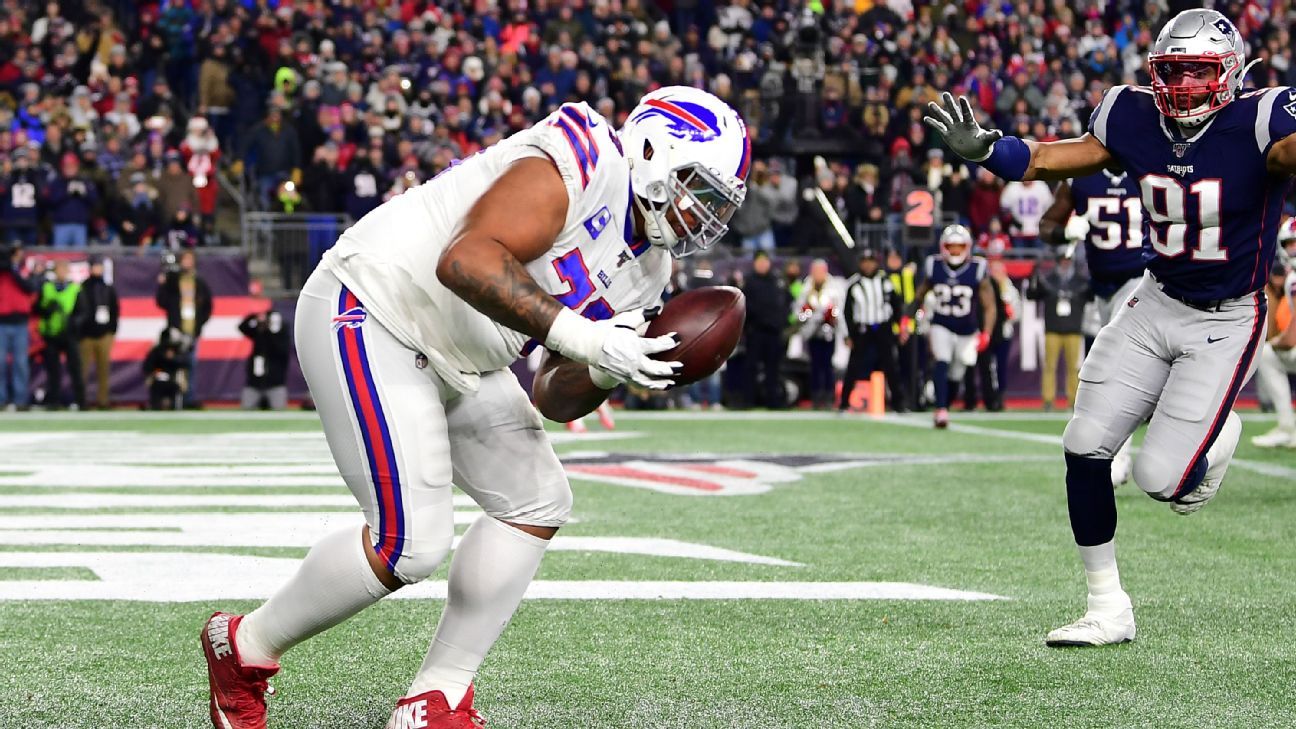 FOXBOROUGH, Mass. — Saturday’s game between the Buffalo Bills and New England Patriots didn’t feature much offense in the first half — particularly for the Bills — but it did provide an always-appreciated touchdown by an offensive lineman.

Dion Dawkins, a 320-pound left tackle, caught a 1-yard touchdown pass from Bills quarterback Josh Allen with one second left in the first half, setting up Stephen Hauschka‘s extra-point kick to go into halftime tied 10-10. It marked Dawkins’ second career receiving touchdown, the first coming against the New York Jets in Week 10 of the 2018 season.

Dawkins (2) joins Donald Penn (4) as the only other offensive lineman with multiple TD receptions over the past 10 seasons.

Dawkins’ score was the culmination of a series of momentum-building plays by the Bills, starting with Kevin Johnson‘s tackle on fourth down to force a Patriots’ turnover on downs with 33 seconds remaining in the half. After Allen’s first pass of the ensuing drive fell incomplete, he ran 16 yards for a first down before completing a 9-yard pass to Cole Beasley.

Allen delivered the marquee play of the drive on the following play, hitting Dawson Knox for what appeared to be a 34-yard touchdown — which was overturned when Knox was ruled down at the 1-yard line with six seconds left. Allen found Dawkins two plays later.

The six-play, 59-yard drive marked Buffalo’s longest of the day and accounted for more than half of its 109 yards of offense in the first half. Allen began the drive with just 19 passing yards — which would’ve set a new career low for passing yards in a single half had it held — but finished the half with 62 yards and a touchdown on 6-of-13 passing.