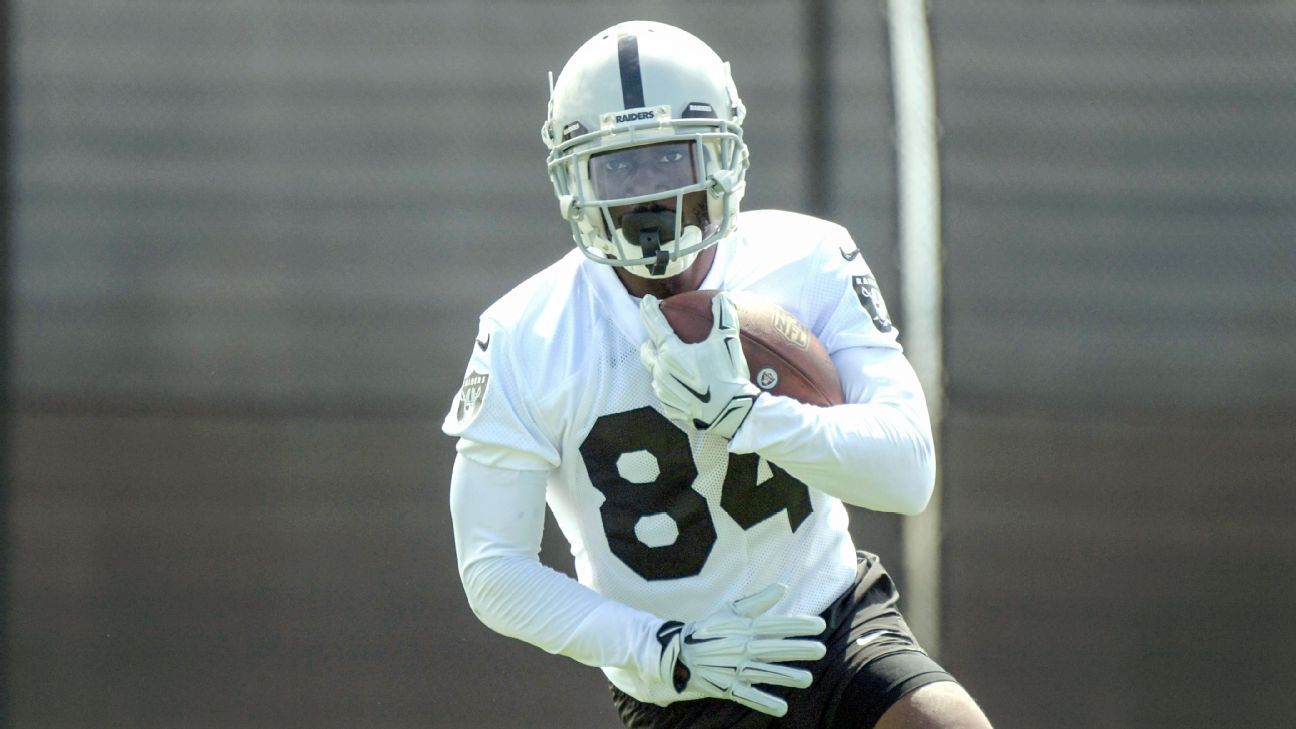 Oakland Raiders receiver Antonio Brown is threatening to leave football forever, reports ESPN’s Adam Schefter, because his helmet of choice is prohibited for use in the NFL.

This can’t be real.

Oh, but it is. Brown participated in a two-hour conference call on Friday, Schefter reported, as part a grievance that he hopes will provide an exception to wear his old helmet. That model is a Schutt Air Advantage, according to a league source, and it was discontinued by the manufacturer earlier this decade.

Why won’t the NFL allow him to wear it?

The NFL has a longstanding policy that requires all players to wear helmets that have been certified by the National Operating Committee on Standards for Athletic Equipment (NOCSAE). And NOCSAE won’t certify the helmet because it is more than 10 years old, according to the league source. Like all products and technology, helmets are frequently updated over time. Every player is made aware of the policy, so Brown should not have been surprised that it would be disallowed in 2019.

What is he supposed to wear instead?

In April, the NFL and NFL Players Association released an updated evaluation of 40 helmet models, 34 of which are approved for use in 2019. Half of the approved models are manufactured by Schutt. The Air Advantage is not among those listed.

Who cares? Helmets are helmets, right?

Many players are attached to particular helmet models. Some feel they have been well-protected and don’t want to try something different. Others make decisions based on aesthetics. And some try new models and can’t get used to them. According to Schefter, Brown believes that his best alternative protrudes and interferes with his vision.

But to never play again because of it?

Yes, that’s an extreme reaction — even for a player of Brown’s history. There’s no sense trying to explain that one.

Everything you need for a successful fantasy football season. Check it out!

What would happen if he wears the old one anyway?

In April, the NFL announced a related but separate policy that banned certain helmets that performed poorly in laboratory testing. The onus was put on teams to ensure that no player had access to or wore a banned helmet. If a team was found to have known about a player wearing a banned helmet, or to have facilitated the use of one, it would be subject to league discipline, an NFL executive said at the time.

Is that why Tom Brady changed helmets this season?

Yes. Brady was able to wear his old helmet for one extra season in 2018, as part of a grandfathered NFL policy, but he has moved to an approved model for this season.

Does that apply to Brown’s case?

It appears to, and helps explain the Raiders’ insistence that he wear an approved helmet.

Would Brown be disciplined?

Not by the NFL, it doesn’t appear. But the Raiders could address it through team discipline if they chose.

Does Brown have any chance of winning the grievance?

It’s difficult to see how, as long as the NFL policy is to allow only NOCSAE-approved helmets and NOCSAE won’t certify Brown’s helmet. Allowing a player to use an uncertified helmet, one that presumably protects him less effectively than more updated models, would strike against the NFL’s decision to make helmet choice a primary tenet of its health and safety platform.

What would happen if Brown actually retired?

From a financial standpoint, Brown would walk away from at least $30.125 million that is fully guaranteed in his contract for the next two seasons. The Raiders would absorb about the same in a dead money charge. But it’s possible the Raiders could simply place him on a reserve list that would absolve them from having to pay out his contract, while maintaining his $14.9 million cap charge for 2019.