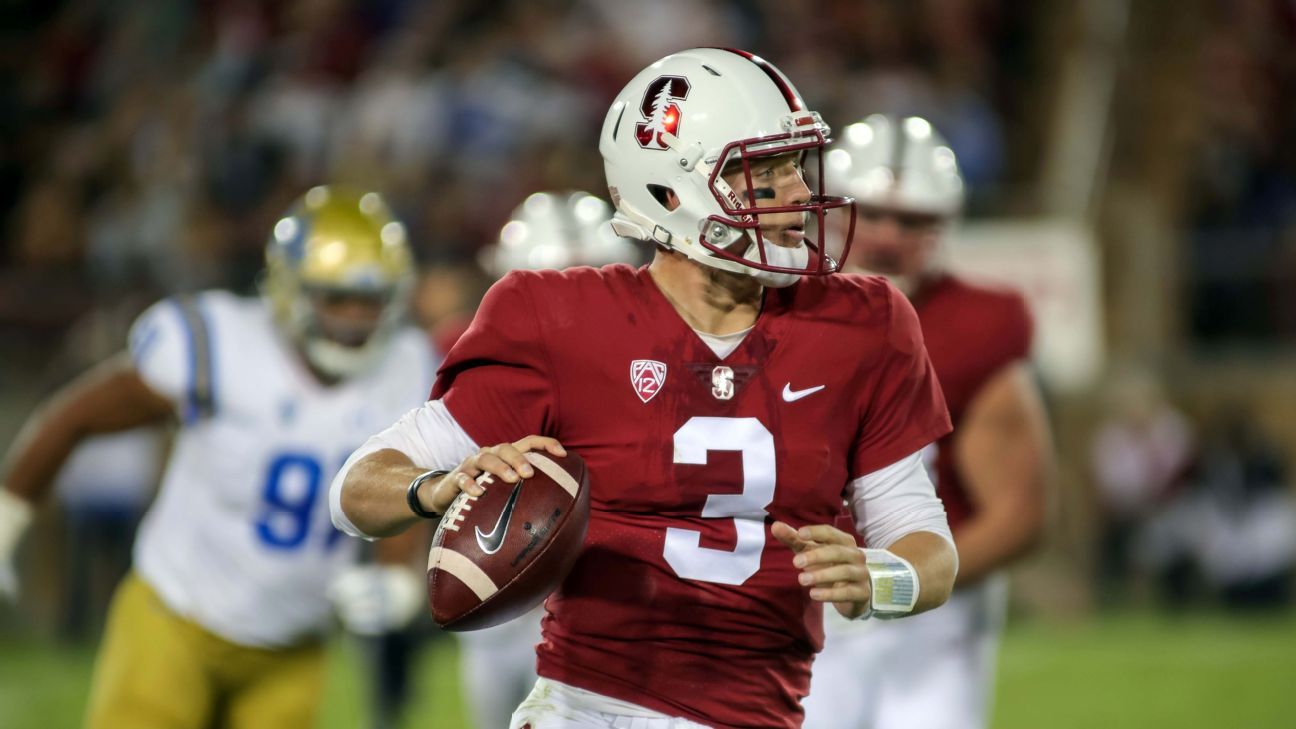 Stanford quarterback K.J. Costello has entered the transfer portal after the Cardinal’s disappointing 4-8 season, a source confirmed to ESPN’s Tom VanHaaren. Costello will be a graduate transfer.

Beginning the season as the starter, Costello completed 102 of 167 passes for 1,038 yards and six touchdowns. He was intercepted three times, finishing with a rating of 121.6.

Davis Mills, who started the remaining three games for Stanford, all losses, ended up with 1,960 passing yards, leading the team.

Costello had an unfortunate start to the season, in a 17-7 win over Northwestern Aug. 31. He threw a 2-yard touchdown pass before getting hurt on a late hit. He completed 16 of 20 passes for 152 yards and that scoring pass.

Stanford was ranked No. 25 at the time, but lost three straight after that, and closed with four consecutive losses.

Australia bowl, India bring in Pandey and Saini
Darvish now asks: Were Astros stealing off me?
Overexposed, sure, but Barty not feeling overwhelmed
‘Chocolatito’ Gonzalez to fight Yafai on Feb. 29
Xfinity Series to run Indy road course for 1st time