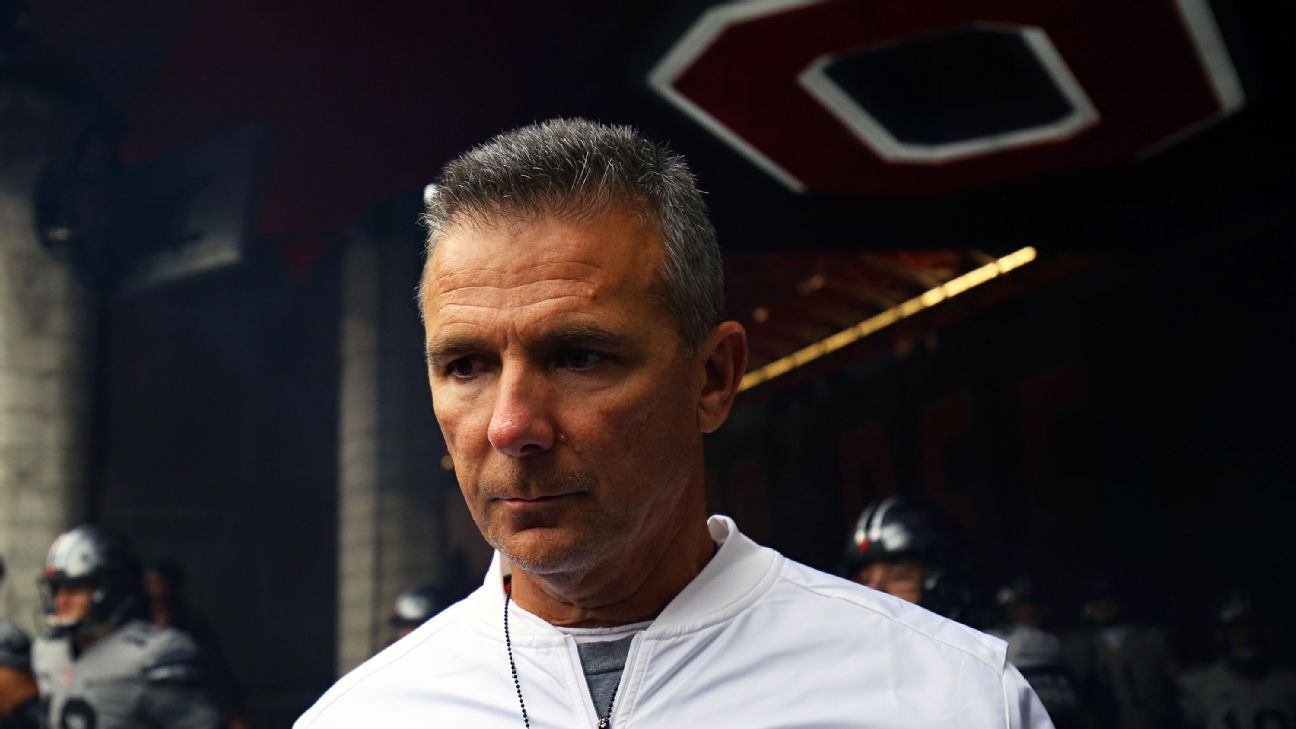 COLUMBUS, Ohio — The investigation of Ohio State head coach Urban Meyer’s handling of a domestic violence complaint against a former assistant is expected to be completed within 14 days, the school announced in a statement Sunday night.

Per the school’s release, the special, independent working group formed to direct the investigation met late in the week, appointed a chair and engaged an investigative firm. Former Ohio House Speaker Jo Ann Davidson was picked to serve as chair of the group, which is composed of three current members of the board of trustees, Alex Fischer, Janet Porter and Alex Shumate, and two others not associated with the university, former acting U.S. Deputy Attorney General Craig Morford and former U.S. Attorney for the Southern District of Ohio Carter Stewart.

Former chair of the U.S. Securities and Exchange Commission Mary Jo White will lead the investigative team. White is a senior chair with the national law firm Debevoise & Plimpton and is a former U.S. Attorney for the Southern District of New York. White has worked on several cases for the NFL, most recently leading the investigation into accusations of workplace misconduct by Panthers owner Jerry Richardson.

“Ohio State is committed to a thorough and complete investigation,” Davidson said in the statement. “We look forward to sharing the results of this investigation and any action the university may take.”

According to the release, the group will be available to provide consultation and advice and will assist with communication to the full board on matters concerning the investigation. Decisions about actions, based on the findings of the investigation, will be made by Ohio State president Michael V. Drake in consultation with the board of trustees.

Meyer was put on paid administrative leave Wednesday, as the school announced it was investigating Courtney Smith’s claims that several people close to Meyer knew of a 2015 allegation of domestic violence against her ex-husband, former Ohio State assistant coach Zach Smith, who was fired in July.

Meyer issued a statement Friday saying that he “failed” when he denied knowing about domestic violence allegations against Zach Smith.

Meyer said July 24 that he knew nothing about a 2015 complaint or any other domestic issues that Smith had during the six years Meyer and Smith worked together at Ohio State. This week, Courtney Smith said she shared texts with Meyer’s wife detailing years of domestic violence. Courtney Smith said she was not sure whether Urban Meyer knew about the allegations.

Meyer admitted that he did not handle the situation correctly during Big Ten media days, saying that his job is to be “clear, compassionate and, most of all, completely accurate.”

“Unfortunately, at Big Ten Media days on July 24, I failed on many of these fronts,” he said in his statement. “My intention was not to say anything inaccurate or misleading. However, I was not adequately prepared to discuss these sensitive personnel issues with the media, and I apologize for the way I handled those questions.”

Ohio State finished its third day of fall camp on Sunday and moves into its team hotel for the remainder of camp Monday.

When Michael Jordan went to the minors and cheated at Yahtzee
Marbury trying to get masks from China for N.Y.
Knicks owner Dolan tests positive for coronavirus
Saracens relegated as Newcastle Falcons promoted
Celtics’ Smart says he’s cleared of coronavirus