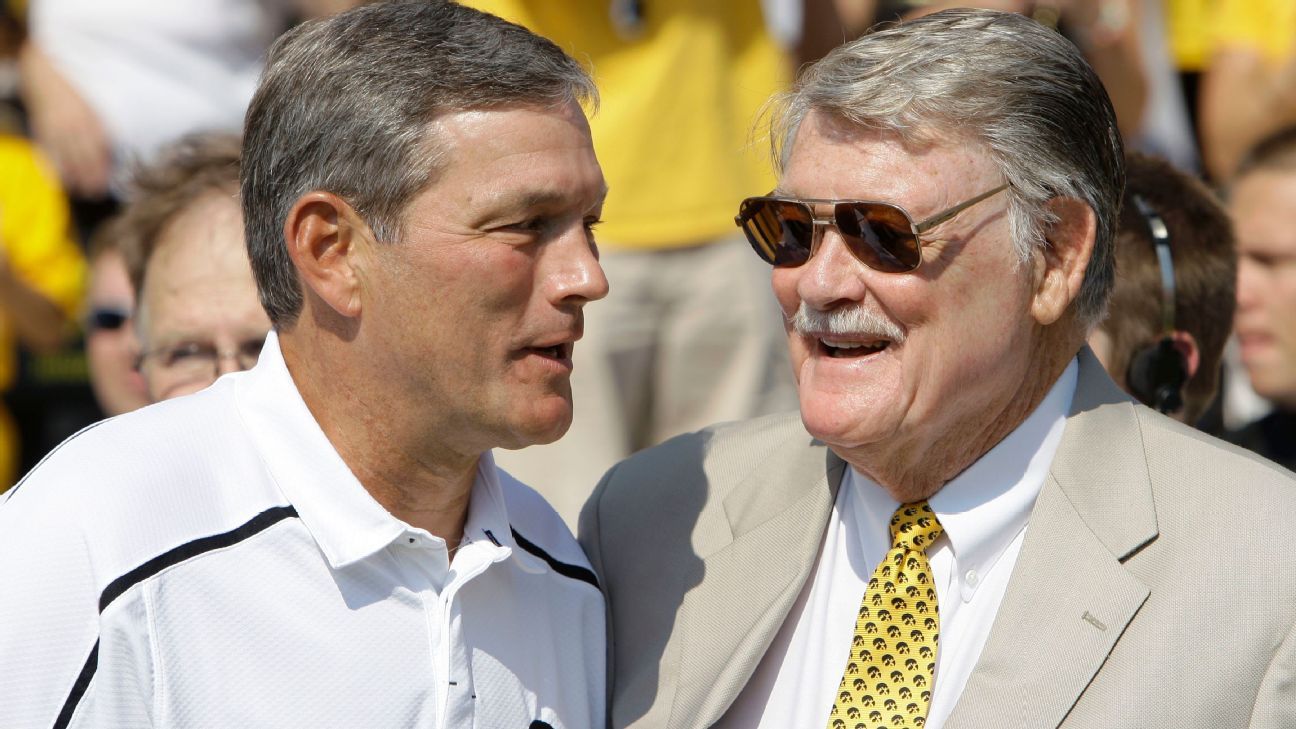 Hayden Fry, the Hall of Fame college football coach who won 143 games at Iowa, died Tuesday after a lengthy battle with cancer, the school announced.

“We are proud to know that our father’s life had a positive influence on so many people, the players, the coaches, and the fans who played for, worked with, and supported his long and successful coaching career,” the Fry family said in a statement. “His legend will live forever with the people he touched and inspired, and the programs he led to greater heights.

“Though Hayden was born in Texas and moved there more recently to be closer to our family, his love for the University of Iowa, his players and coaches, the people of Iowa, and the state of Iowa, is well known. Hayden often shared, ‘I’ll Always Be a Hawkeye.’

Fry broke into the head-coaching ranks in 1962, his first of 11 seasons at SMU, then spent six years at North Texas. But he’s best known for the turnaround he sparked at Iowa over a 20-year run there (1979-98).

In his third year, Fry coached the Hawkeyes to their first winning season in 19 years. His Iowa teams won two other Big Ten titles, and in all he had 10 ranked teams and made bowl appearances in 14 seasons.

“Hayden Fry is a college football icon and an Iowa legend,” current Iowa coach Kirk Ferentz said. “His Hall of Fame career is well known, but personally, he will always be the man who took a chance on me at the start of my coaching career. I was proud to coach with him and honored to succeed him when he retired. He’s been a great mentor and a true friend. I am forever grateful to him.”