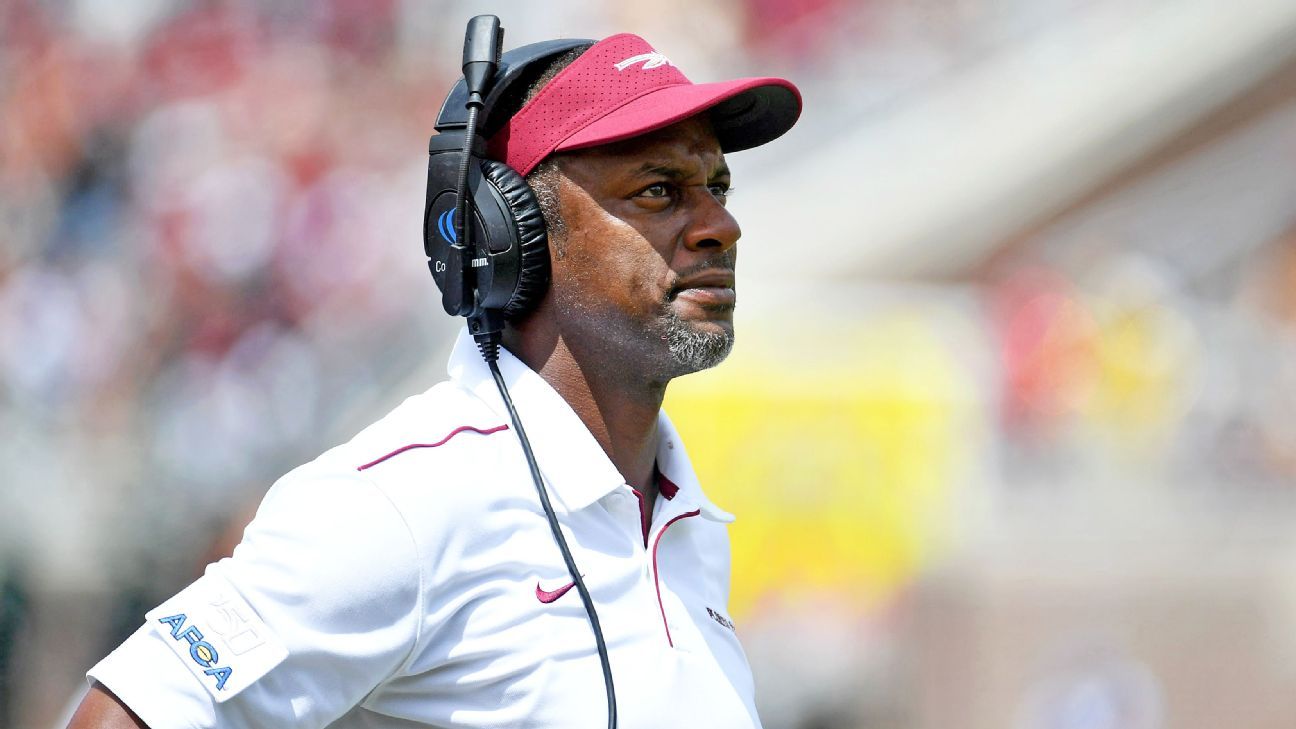 Coburn, addressing a Football Scoop report that FSU would pursue Meyer, told the Tallahassee Democrat, “If [Taggart] were hit by a bus tomorrow, we would not target Coach Meyer, period. I say that with all due respect to Coach Meyer, but we would not target Steve Spurrier, either.” Both Meyer and Spurrier coached FSU’s in-state rival, Florida, to national championships.

Meyer spent six years at Florida, winning national titles in 2006 and 2008 before retiring following the 2010 season. He retired as Ohio State’s coach after the 2018 season and has worked this season as a Fox college football analyst and an Ohio State administrator.

Taggart is 8-11 at Florida State following last Saturday’s loss to Wake Forest. Last fall, FSU missed a bowl for the first time since 1981, ending the nation’s longest active streak of bowl appearances. Florida State on Sept. 21 played in front of its smallest home crowd (46,530) since 1983.

Taggart has three years left on his contract at $5 million annually. Florida State would owe him about $17 million if it fires him after this season. Coburn told the Democrat of the reports, “There is a lot of complete nonsense floating around there right now.” He said he has not been in contact with Taggart’s agent, Jimmy Sexton, about a possible separation after the season.

The Seminoles are 3-4 and host Syracuse on Saturday.