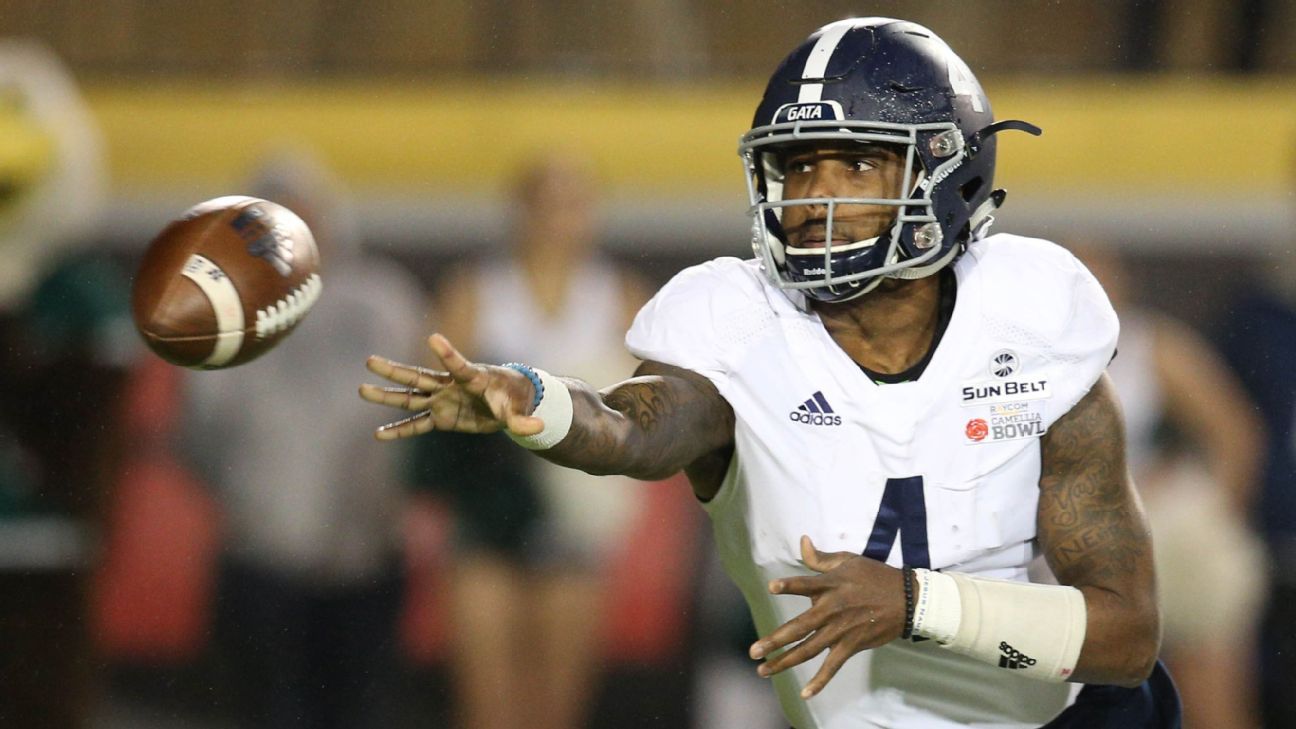 Prosecutors in South Carolina on Thursday dropped a cocaine possession charge against Georgia Southern quarterback Shai Werts, who was arrested July 31 after police discovered what they suspected was cocaine on the hood of his car.

Werts, a junior from Clinton, South Carolina, was held out of the Eagles’ first two practices while waiting for the results of a university-administered drug test. He returned to practice Sunday after passing that test.

“It has been dropped,” Jones said. “Prosecutors reviewed the evidence available and determined it was insufficient to go forward to establish the level of proof necessary to convict him.”

Werts was driving to his grandmother’s house in Clinton when officers pulled him over for speeding. According to the Saluda County Sheriff’s Office, Werts waited five minutes to stop his 2016 Dodge Charger. Jones said Werts’ parents had told him that during incidents with law enforcement he shouldn’t pull his car over until he reached a well-lit area.

The George-Anne, Georgia Southern’s student newspaper, reported on Thursday that it had reviewed videotape of Werts’ arrest. According to the report, officers discovered a slime-like, white substance on the hood of his car after he was handcuffed and arrested.

An officer tested the substance with a field test kit, and it came up positive for cocaine. The officer who stopped Werts told two other officers: “He threw something out. He had to have.”

The officer returned to his police cruiser to talk to Werts.

“What’s the white stuff on your hood, man?” the officer asked Werts, according to The George-Anne.

“I promise you, it’s not, though,” the officer said.

The officers took photographs of the hood with their mobile phones and a digital camera. According to The George-Anne, the white substance covered a large area of the Charger’s hood.

At one point, the arresting officer said, “Unless the bird inhaled cocaine. … I’m not sure how to wipe this stuff up.”

The Saluda County Sheriff’s Office sent the substance to the South Carolina Law Enforcement Division for testing, but the results aren’t yet known.

“It was never determined that it was cocaine,” Jones said.

The 11th District Solicitors Office told WJCL 22 News in South Carolina that “there was no way to prove (Shai) had any idea what the substance on his car was.”

Jones said he had never encountered a case quite like this one.

“It’s very bizarre,” he said. “You don’t see these. I’ve been doing this for 30 years, and you don’t see ones like these very often. Fortunately, in my view, the appropriate outcome has been reached and in a timely way. I commend the prosecutor for taking the time to get on it.”

Werts started 24 games for the Eagles the previous two seasons. In 2018, he ran for 908 yards with 15 touchdowns and passed for 987 yards with 10 scores. He hasn’t thrown an interception in 119 consecutive passes, a school record.