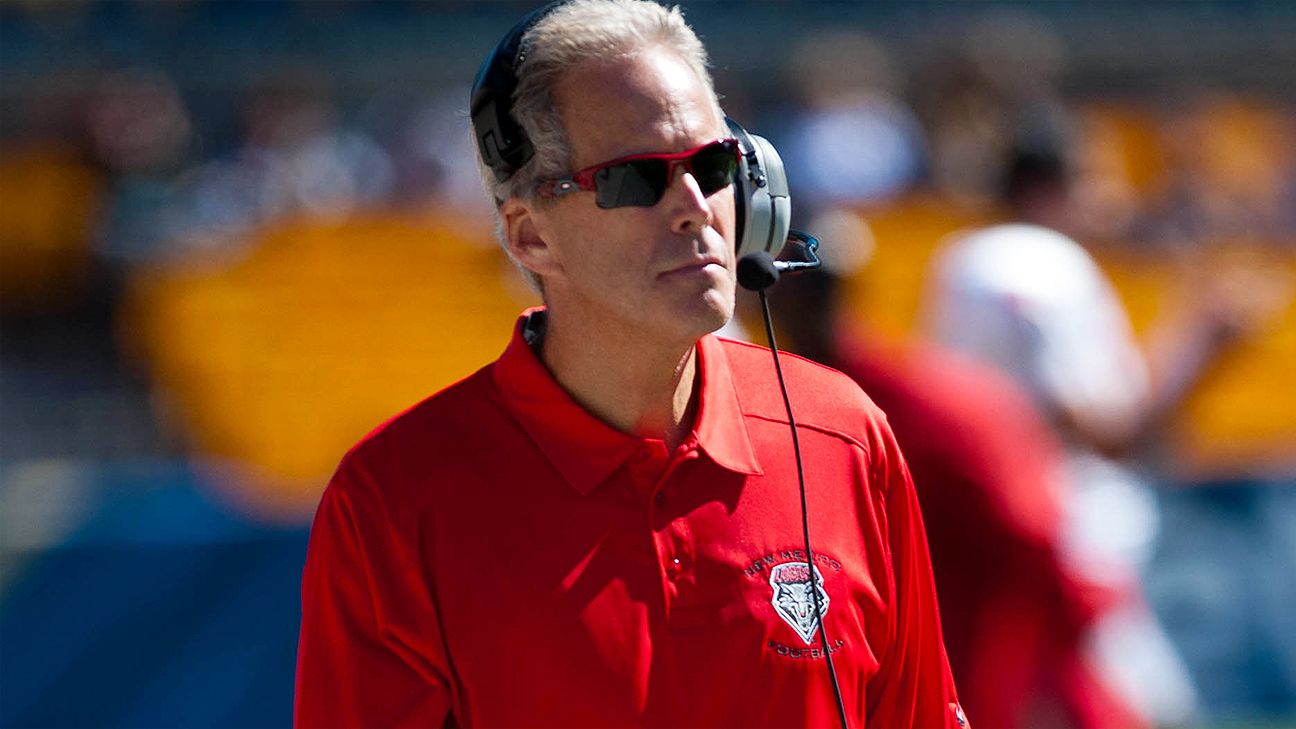 ALBUQUERQUE, N.M. — New Mexico coach Bob Davie, who will miss the Lobos‘ trip to South Bend to face No. 7 Notre Dame because of an undisclosed health issue, said Tuesday he will eventually be back on the sidelines for the team, though it’s not clear when.

Davie has turned the reins of the team over to offensive line coach Saga Tuitele and he said he will leave the game planning for Saturday’s matchup in the hands of his coaching staff. He said he’ll be back when he’s ready.

“I’m smart enough to know when I’m right and when I’m not,” Davie said. “So I’m not going to go charging back down that hill right away until I’m 100%. I’m going to take this slow and I’m going to do this right.”

Davie was taken to the hospital after having what he described as a “serious medical situation” that came on unexpectedly during New Mexico’s season-opening win over Sam Houston State on Aug. 31.

“I’m not being too dramatic by saying they saved my life and my family will forever be appreciative,” Davie said.

While he wouldn’t elaborate on the health issue, Davie said he expects to make a full recovery.

Davie said he was disappointed to be missing the trip to Notre Dame, where he was the head coach from 1997 to 2001. Still, he is glad the players are getting a chance to face the Irish.

“Four years ago, whenever we kind of entertained the idea with this game with Notre Dame, obviously, this isn’t the script we envisioned,” he said. “This isn’t about me, this is about the players and the coaches. To have the chance to watch the game on television, to watch our guys play, I’m excited to see it.”

Davie is in his eighth season leading New Mexico, where he is 34-54. He compiled a 35-25 record during his time at Notre Dame.