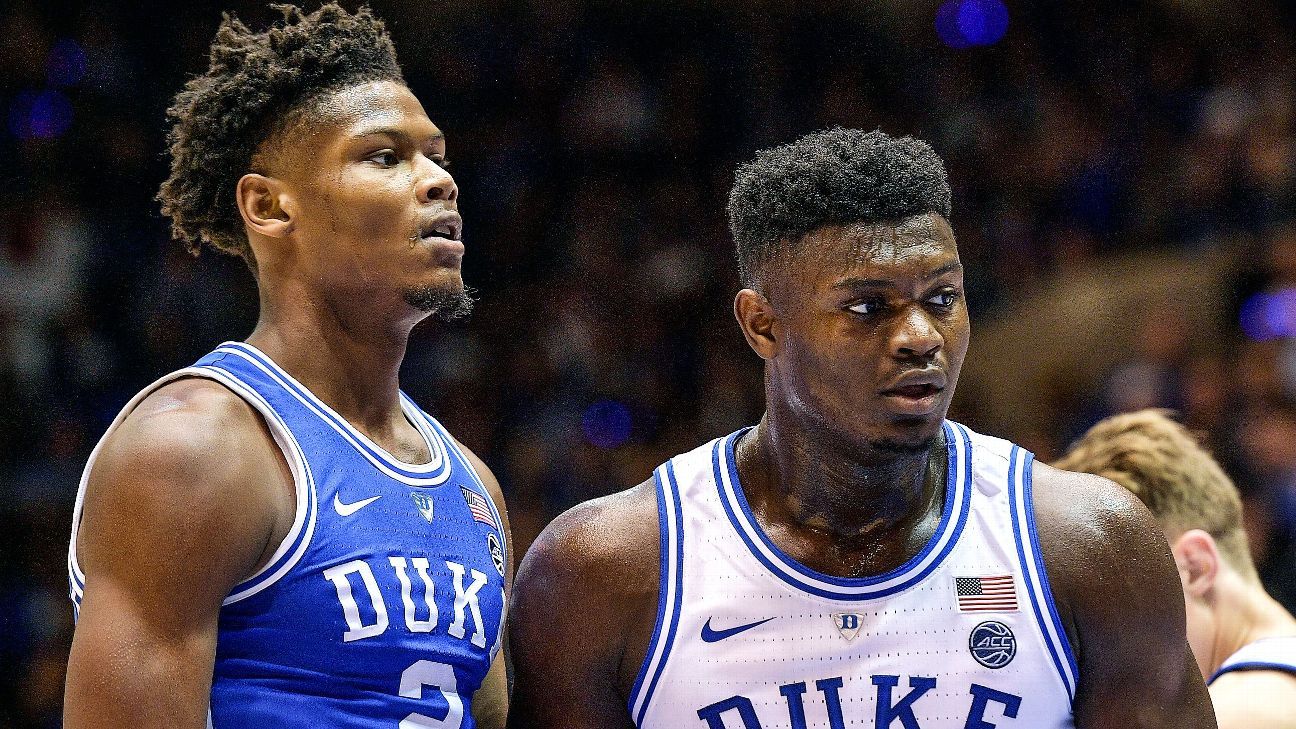 Zion Williamson has been hailed as the next big thing in the NBA, but his colleagues in the incoming rookie class aren’t sold on the idea that the No. 1 overall pick will have a great NBA career.

In the league’s annual survey of rookies, asked which member of the 2019 class would have the best career, Williamson received only 5% of the votes.

Cam Reddish, Williamson’s teammate at Duke, garnered 19% of the votes. Reddish went to the Atlanta Hawks with the 10th pick of the draft.

Reddish was followed by Ja Morant of the Memphis Grizzlies with 16% of the votes and De’Andre Hunter of the Hawks with 11%.

Williamson was tied with RJ Barrett of the New York Knicks, Coby White of the Chicago Bulls and Williamson’s teammate on the New Orleans Pelicans, Jaxson Hayes, all receiving 5% of the votes.

It was the sixth straight year that a Duke player finished first in the category, with Reddish following in a line that includes Jabari Parker (2014), Jahlil Okafor (2015), Brandon Ingram (2016), Jayson Tatum (2017) and Wendell Carter Jr. last season.

The survey was posted Monday on NBA.com.

Williamson was picked to win Rookie of the Year by his colleagues, earning 35% of the votes to edge Morant, who received 27%. In the 10 years of the survey, the rookies have tabbed the eventual Rookie of the Year only once. That came in 2007, when they correctly named Kevin Durant.

Williamson was also chosen most athletic by a wide margin, getting 87% of the votes to 8% for the Grizzlies’ Brandon Clarke.

For the third straight year, the rookies chose LeBron James as their favorite player.