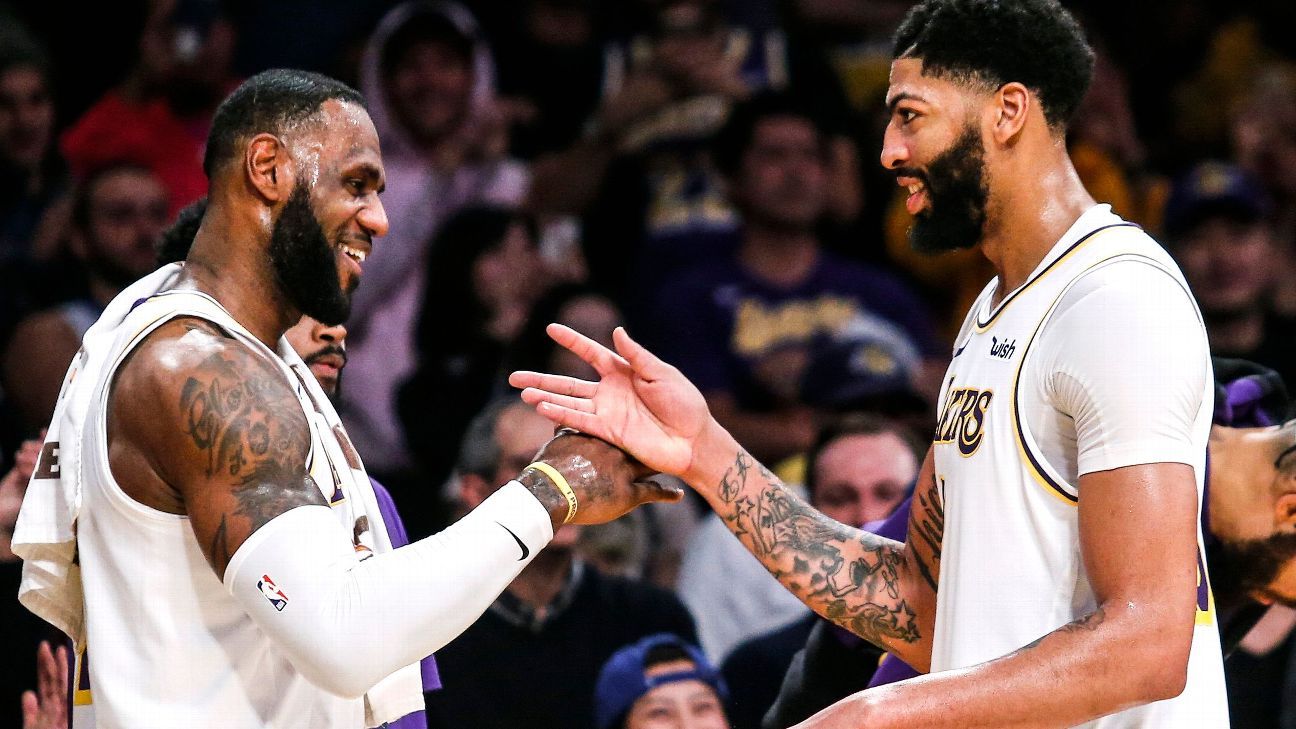 MILWAUKEE — The Los Angeles Lakers made it 29 games before losing consecutive games this season, with Thursday’s 111-104 defeat at the hands of the Milwaukee Bucks coming on the heels of a loss to the Indiana Pacers earlier in the week.

Now they are vowing to go another 53 games — the remainder of the regular season — without letting it happen again.

“We’re resilient. We’re going to find ways to win,” Anthony Davis said after he played the entire second half on a sore right ankle, attempting to bring L.A. back from a 21-point deficit. “We’re going to keep battling. That’s our mindset all year. Even though we did lose two in a row, our mindset is still, let’s not lose two in a row. Let’s not drop another after we lose one, learn from the first one and do what we can to make sure the next one we come out with a victory.”

The Pacers loss came with Davis on the sideline because of his ankle. The Bucks loss was the final road game in a brutal stretch of the schedule that saw the Lakers play 12 out of 15 games away from Staples Center.

The Lakers might have lost their first-place showdown with a Milwaukee team that came into the night with an identical 24-4 record, and failed their quest to go all 82 games without back-to-back losses in the process, but their team was still able to take positives away from what that aspiration meant to the group.

It wasn’t all a loss for James, who registered his seventh triple-double of the season with 21 points, 12 rebounds and 11 assists. In playing 37 minutes, he passed Kobe Bryant’s 57,278 minutes total for third place on the all-time minutes played list (regular season and playoffs combined), leaving only Kareem Abdul-Jabbar and Karl Malone ahead of him.

He also passed Gary Payton’s total of 8,966 assists to move up to ninth on the career list.

“He’s breaking all type of records,” Lakers guard Rajon Rondo said. “Seems like every other game it’s a new thing he’s doing. It’s not like the same [records]. It’s not just all points. There’s so many things he’s able to do throughout the entire game of basketball. It’s really amazing what he’s able to accomplish and still continue to play at a high level. It doesn’t look like he’s going to slow down in the next three or four years, either. We’ll be talking about him breaking records until he’s done playing.”

And the Lakers hope they can get back to stringing wins together without letting consecutive opponents break them.

“Just because it happened this one time doesn’t mean that we can’t keep it going the rest of the season,” guard Danny Green said. “Obviously facing two tough teams, but it doesn’t mean that we can just forget about it and think that it’s OK to continue to lose two in a row. From here on out we want to continue to get back in the winning column, get a win streak and not lose two in a row ever again. And hopefully we’re playing our best basketball going into April, May and June.”

UFC 246 debate: Is Conor properly focused on Cowboy? Will fans remain loyal?
Meet the 2020 breakout players for each Top 25 team
The incredible true story of Donald ‘Cowboy’ Cerrone’s body
Majors, wins and Olympics: What to expect from Tiger in 2020
The Wysh List: Five essential traits of an NHL pest