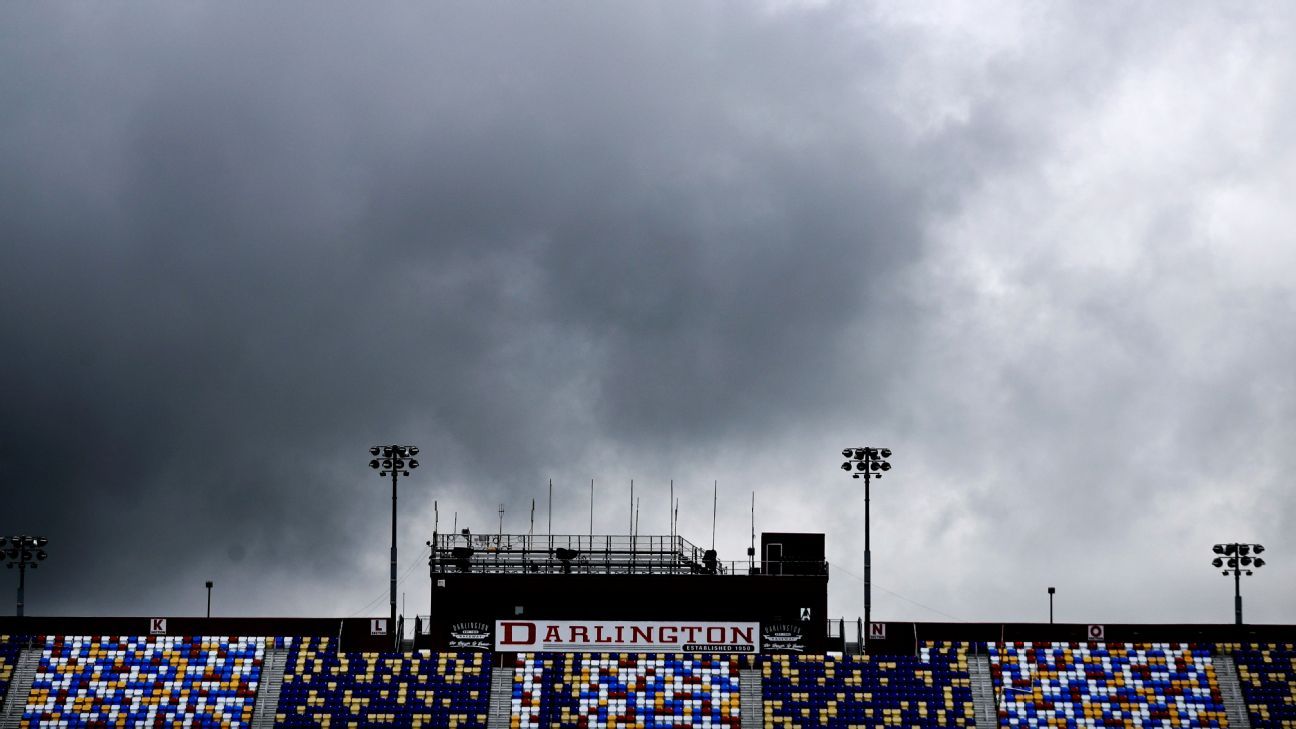 DARLINGTON, S.C. — Xfinity Series racers will have to wait a little longer for their first event since March as rain has hit Darlington Raceway, delaying the start of the Toyota 200 on Tuesday.

Officials had already moved up the scheduled 8 p.m. start two hours because of the threat of bad weather later on. But rain hit the area around 4 p.m. and several heavy waves have drenched the country track.

Jet driers were dispatched several times when it appeared the storms had subsided. A short time later, they were shut down as the rain intensified.

This is the series’ first race since March 7 at Phoenix. NASCAR returned to racing when its top series ran a 400-mile race on Sunday.

All drivers, teams and essential personnel were screened at the track before being let in. All cars passed pre-race inspection. Now, the wait is on for the weather to let up.

NHL plans to test players daily if games resume
Keselowski wins at Bristol following late crash
From the archives: Kobe Bryant’s NBA farewell
Tom Brady the golfer gave us a hint at what’s coming with Tom Brady the football player
The NHL’s 2020 draft lottery explained: Everything you need to know