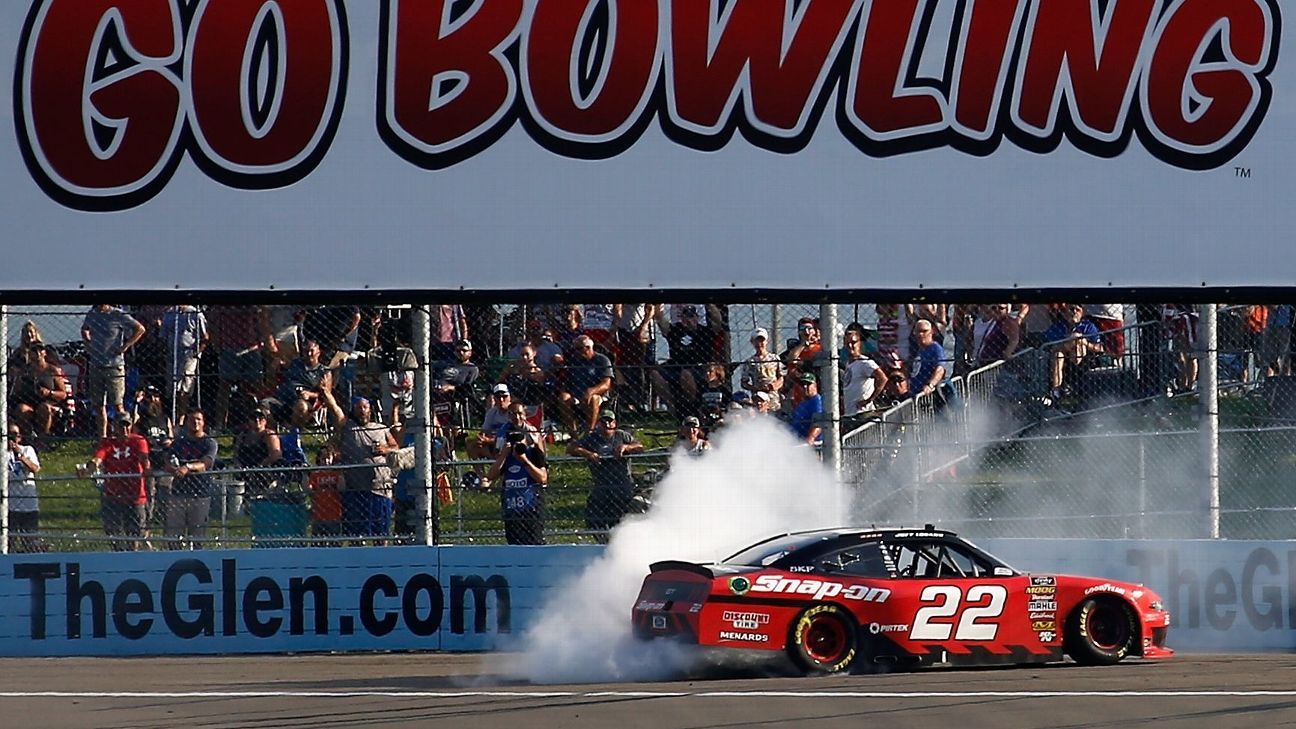 Logano started from the pole in a road race that was red-flagged for rain, forcing the drivers to briefly switch to rain tires. He beat AJ Allmendinger by 3.3 seconds. Justin Allgaier was third, followed by Justin Haley and Aric Almirola. It was Logano’s third win in the series at The Glen and 30th overall, putting him seventh on the career list.

Keselowski spun out trying to pass Logano with under three laps to go and finished 10th.

Rookie Christopher Bell, who leads the points standings and was chasing a record-tying fourth consecutive win, finished ninth in a race on a track he had never raced on. Bell became the first series driver since Dale Earnhardt Jr. in 1999 to win three straight with a victory last week at Iowa. Sam Ard set the record of four consecutive Xfinity Series wins in 1983.

Logano took control on the final restart of the race with under 10 laps to go in the 82-lap race around the 2.45-mile layout. He dived to the inside on the first turn, making it three-wide going through the 90-degree right-hander. The move forced Keselowski, who was leading, wide as Logano assumed the top spot, leaving his teammate behind.

It became a two-car race as Keselowski recovered, and the two pulled away. With four laps to go, Keselowski was on Logano’s back bumper as the two went nose-to-tail around the track.

Keselowski lost his chance to challenge for the victory when he skidded out on the first with under three laps to go.

Logano was dominant at the start, gaining the lead at the drop of the green flag and leading the entire 20-lap first segment, keeping Keselowski at bay as Cup regulars occupied the top three spots.

Keselowski gained the lead after pit stops on a caution early in the second segment as a huge rainstorm moved into the area and began pelting the track. He quickly built a half-second lead over Allmendinger before a crash precipitated the third caution of the race midway through the stage.

The cars pitted to put on the grooved rain tires that Goodyear has lugged around to road courses for years.

The series had raced in the rain before, in Montreal in 2008, and it proved dramatic, with water 6-8 inches deep on parts of the track. Logano wrecked in that race when he slammed into a car he couldn’t see. Canadian Ron Fellows, a road racer used to competing in wet conditions in other series, won that race.

Keselowski, who started second, was among several drivers who pitted for regular tires during a caution with a couple of laps left in the second segment. Allmendinger held on to win the second stage, and the rest of the field pitted for slicks as the track was nearly completely dry again. He dropped deep in the field when he missed his pit box in the wet and was assessed a penalty.