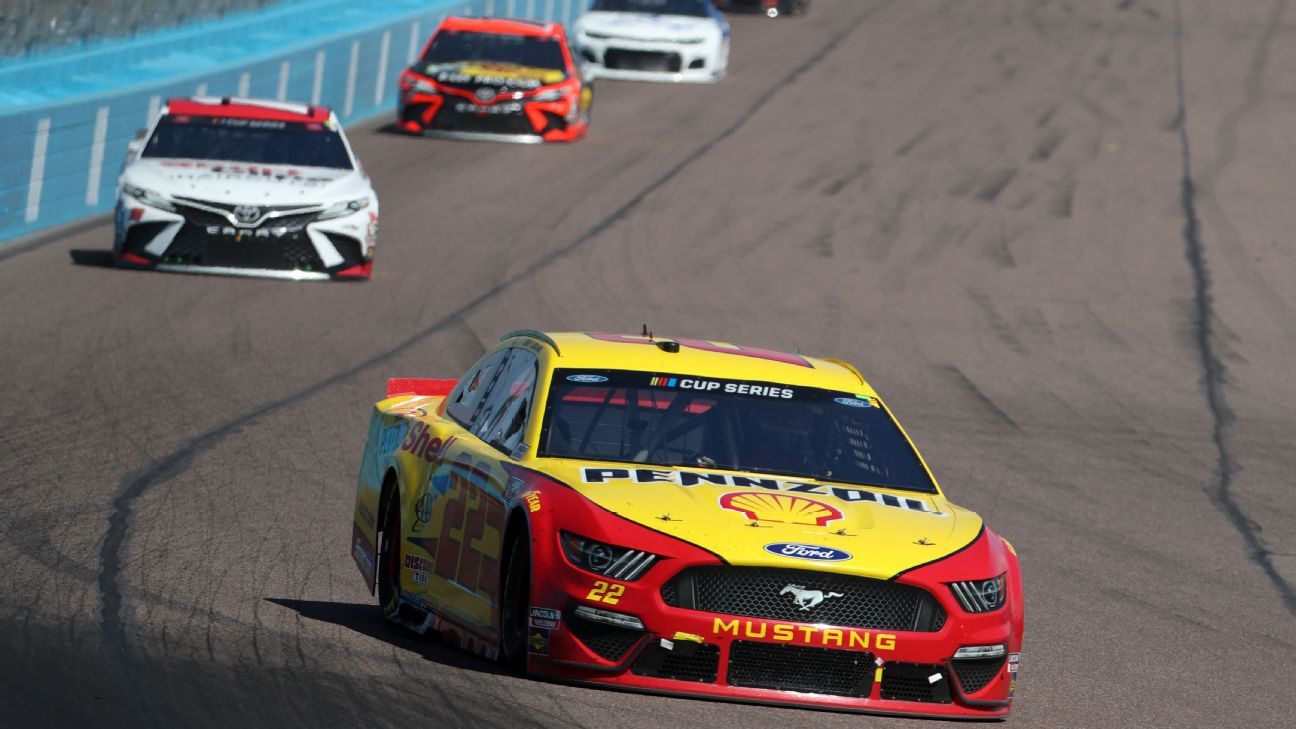 Also the winner two weeks ago in Las Vegas for Team Penske, Logano has 25 career Cup victories. He overcame several tough moments, including a pit-road penalty for an uncontrolled tire and a broken jack during another stop.

A late caution triggered the two-lap overtime shootout with Logano, Harvick and Kyle Busch all in a decent position to win. Logano had a good restart at the mile oval and was able to hold off Harvick. Busch was third, Kyle Larson finished fourth and Clint Bowyer was fifth.

Pole sitter Chase Elliott and Harvick dominated the first half of the race, but Elliott had to make a green-flag stop because of a loose front tire and fell a lap behind the leaders. He eventually earned a free pass to get back on the lead lap and finished seventh.

The Phoenix race was the first under NASCAR’s new rules package for short tracks, which included a significantly smaller rear spoiler. The hope was the changes would make for more passing and excitement during the race.

For the most part, the tweaks seemed to have their desired effect. There were 20 lead changes and plenty of passing and contact back in the pack. Phoenix also is the site of the Cup series championship in November.

Elliott started on the pole, and Harvick — who has won nine times in Phoenix — also was on the front row. Elliott led the first 61 laps of the race before Harvick beat him off pit road following the first caution.

An early wreck involved three of the front-runners, including Brad Keselowski, Denny Hamlin and Ryan Blaney. Hamlin’s Toyota made contact with the left rear of Keselowski’s Ford as they were fighting for position following a restart. The collision left Blaney with nowhere to go, and all three ended up with at least minor damage after sliding up into the wall. Keselowski and Hamlin were able to stay in the race, but Blaney’s car was too heavily damaged to continue.

Keselowski was able to recover and eventually led 82 laps before settling for an 11th-place finish.

Hamlin won the Daytona 500 three weeks ago and also won at Phoenix in November, but he finished 20th on Sunday. It was a bit of bad luck for Blaney, who was the Cup points leader coming into the race and agreed to an multiyear extension with Team Penske on Friday. He finished 37th.

“It stinks we get taken out early like that, but that’s just part of it,” Blaney said.

TRUEX STARTS FROM THE BACK

Martin Truex Jr. had to start from the back of the 38-car field because of an engine change before Sunday’s race. He initially qualified 12th. John Hunter Nemechek also had to drop to the back row because of a radiator change. He had qualified 26th.

Truex was able to recover quickly and was among the leaders — even leading 11 laps — until he hit the wall while in heavy traffic on a restart late in the race. He finished 32nd.

The Cup series heads cross-country to Atlanta Motor Speedway. Keselowski has won two of the past three races in Atlanta, including last year.