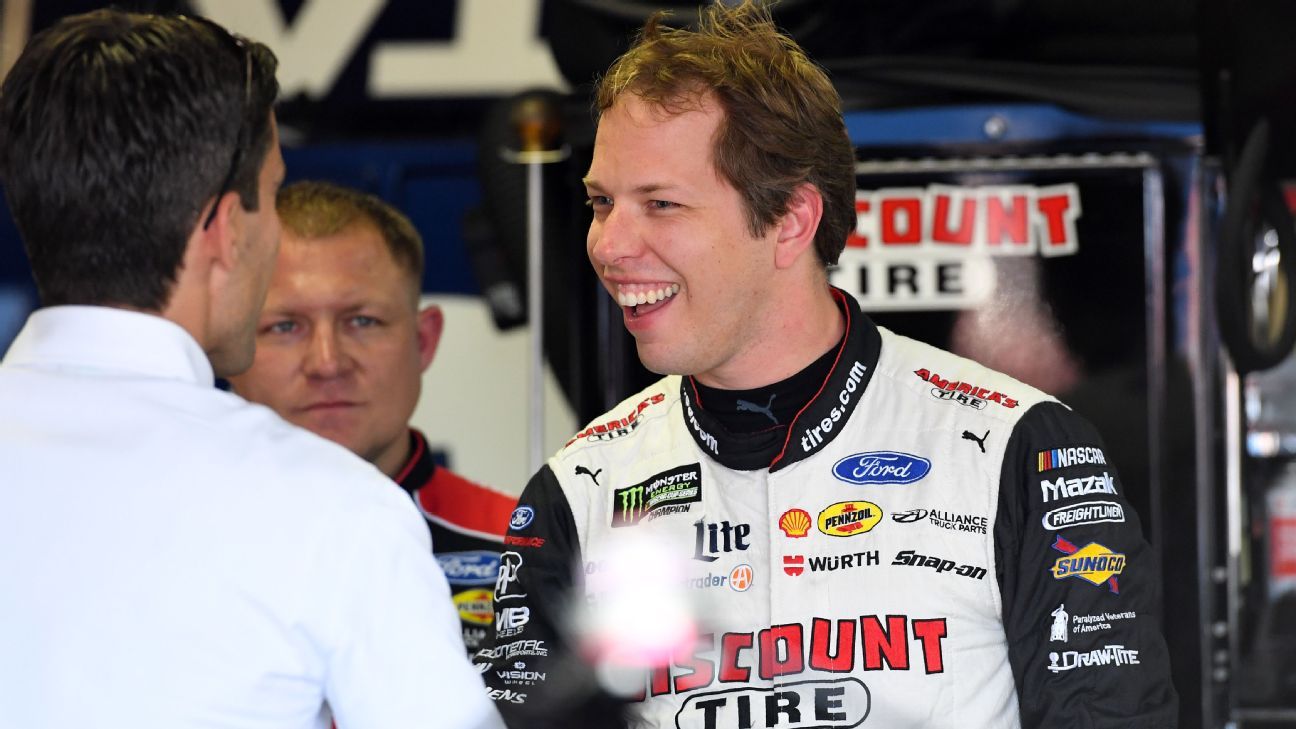 BROOKLYN, Mich. — Brad Keselowski will be joined by family and friends during the NASCAR Cup race Sunday at Michigan International Speedway.

And for the first time, Keselowski hopes to be able to celebrate a victory with them at the track about 70 miles away from his hometown in suburban Detroit.

Keselowski won the series championship in 2012 and has 30 career Cup victories, but he hasn’t won any of his 20 races at MIS — where he made his Cup debut 10 years ago.

“It definitely nags on me,” he acknowledged. “The advantage of being the pole-sitter is really dependent on how the yellows fall. It can be a huge advantage if the race has a lot of yellows. If the race doesn’t have any yellows, it can even be a slight disadvantage with pit stalls.”

The Team Penske driver, who has three Cup victories this year, was the fastest Friday in qualifying with a lap of 190.471 mph around the 2-mile oval.

Seven-time champion Jimmie Johnson qualified 12th and is desperately hoping to be in the 16-driver playoffs.

“We have to be in the playoffs,” he said.