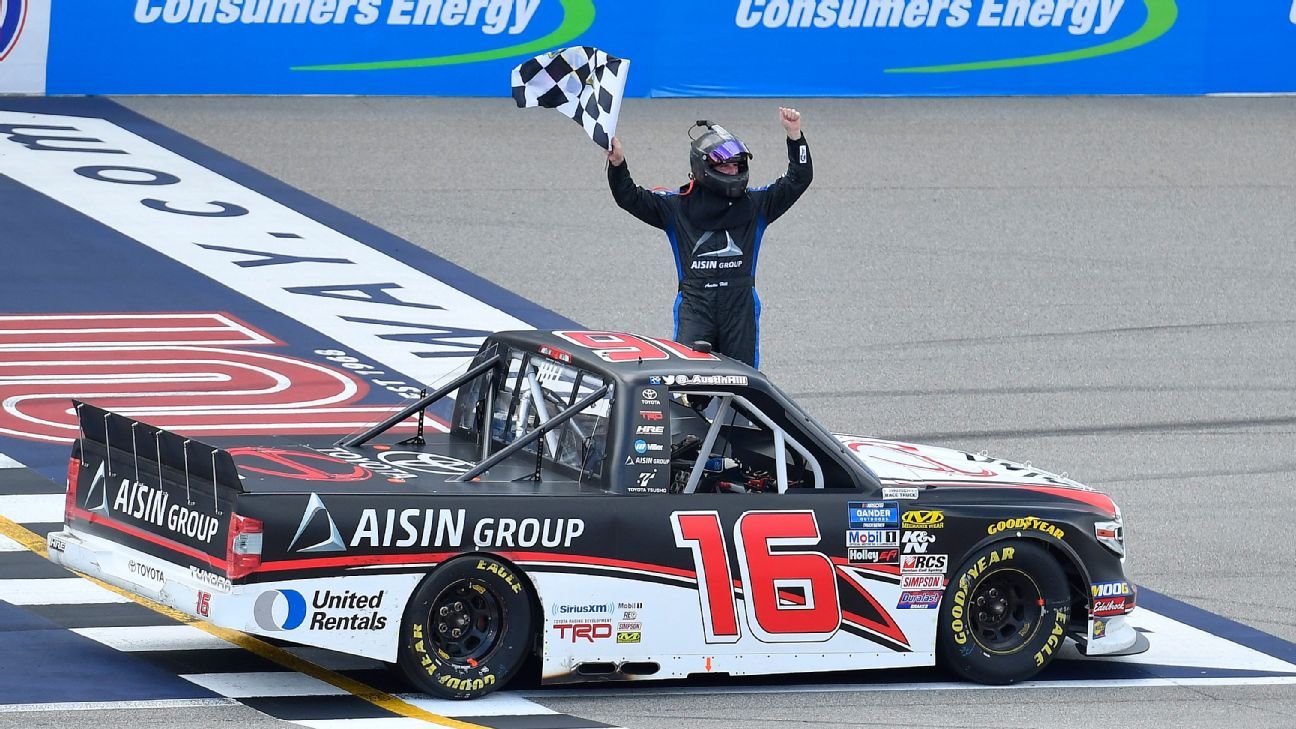 BROOKLYN, Mich. — Austin Hill hopes he’s getting his groove back just in time to make a run at winning the NASCAR Truck Series championship.

“We wanted to put a good stamp on the end of the regular season, going into the playoffs,” he said.

Hill held off Sheldon Creed to win at Michigan International Speedway on Saturday, earning his second victory of the year and his first since the season-opening race at Dayton.

“We really wanted to win this one because we’ve been in a slump,” he said.

“We’re going to have a ton of confidence,” Hill said.

Creed and Tyler Dippel followed Hill, leaving them out of the eight-driver field. Both had a shot to earn a spot in the playoffs with a win at MIS. Creed came close, finishing just 0.125 seconds behind Hill.

Hill was out front when the race resumed with two laps left following a nine-car crash and didn’t relinquish the lead.

“This is a big relief for us as a group,” crew chief Scott Zipadelli said.

Enfinger finished seventh in the Corrigan Oil 200 and sealed the regular season title.