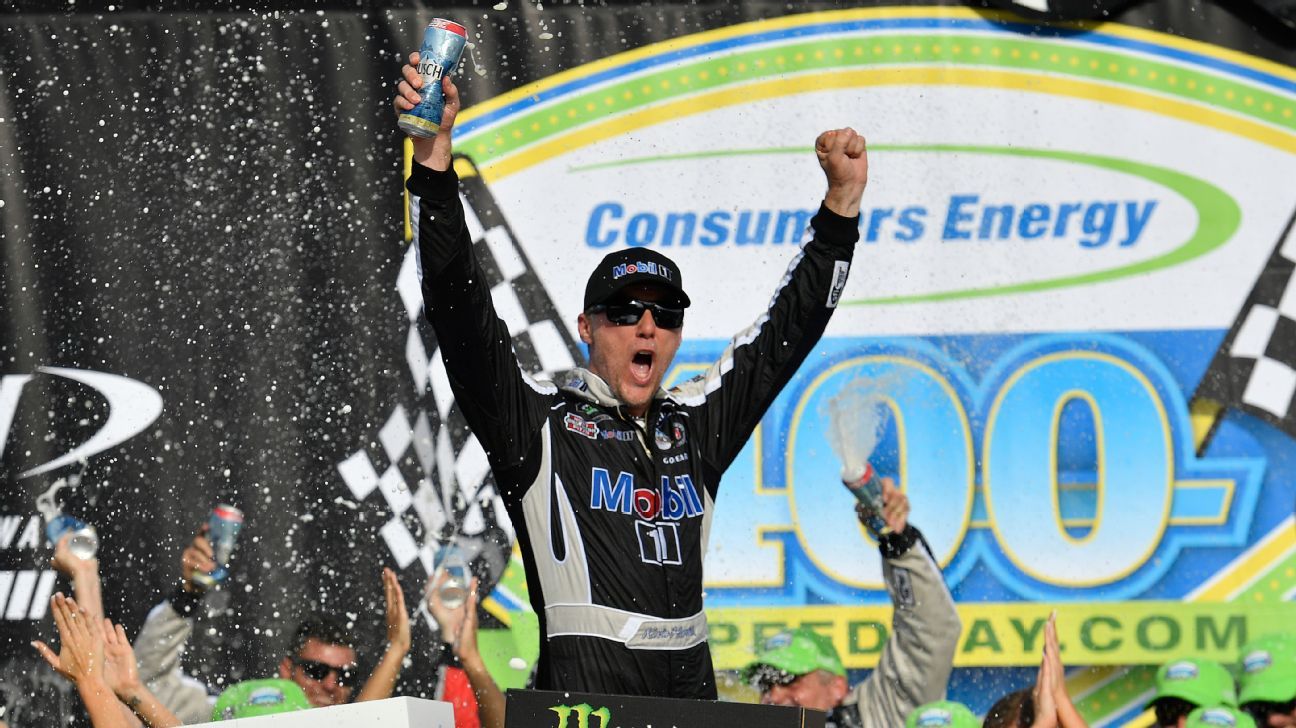 BROOKLYN, Mich. — Kevin Harvick won a NASCAR Cup race at Michigan International Speedway for the second straight year, giving him two victories this year and 47 in his career.

With just three races before the playoffs, Harvick is hopeful the timing of his strong performance helps him win a championship.

“Hopefully, we’re peaking at the right time,” he said Sunday.

Late in the race, the Stewart-Haas Racing driver pulled away from the competition in his Ford and finished more than a second ahead of Denny Hamlin.

“Nothing I could really do,” said Hamlin, who drove a Toyota-powered car for Joe Gibbs Racing. “Didn’t have enough speed.”

Kyle Larson was third, more than 16 seconds behind Harvick. He was followed by Martin Truex Jr., Daniel Suarez and points leader Kyle Busch.

The next NASCAR Cup race is under the lights Saturday night at Bristol Motor Speedway.

Seven-time champion Jimmie Johnson will have to close the regular season strong to extend his streak of earning a spot in every postseason since the format was created 15 years ago. He started the race tied for the 16th and final spot in the playoffs. Johnson had an early setback, making contact with a wall on Lap 15 that damaged his right rear quarter panel and tire, and finished 34th.

Johnson was several laps back for much of the race, but got a potential break in the playoff race when Clint Bowyer was knocked out of the race after Paul Menard appeared to bump him. Bowyer began the day 15th in the playoff standings and finished 37th at MIS.

Newman, who started the day tied with Johnson in the playoff standings, was 12th in the 38-car field.

Pole sitter Brad Keselowski was 19th, extending his winless streak to 21 at the track about 70 miles from his hometown in suburban Detroit. Keselowski got off to a strong start and led for a race-high 66 laps, but a flat tire during the second stage set off sparks behind him and was a setback he couldn’t overcome.

Joey Logano won at Michigan in June, giving Ford a season sweep at the track and bragging rights over Chevrolet and Toyota in a state where the manufacturers have a big presence.