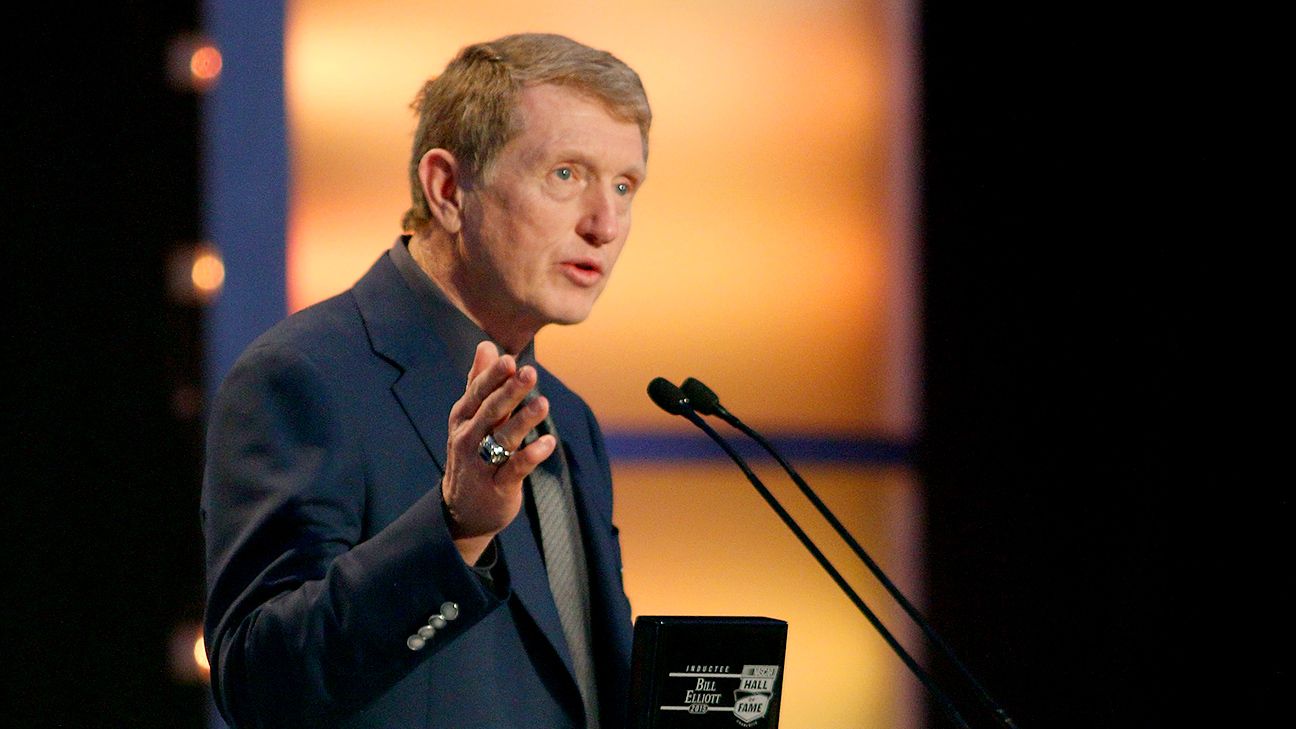 NASCAR Hall of Fame driver Bill Elliott, who has not competed in a NASCAR national series event in more than six years, will drive for GMS Racing in the Xfinity Series race Aug. 25 at Road America in Elkhart Lake, Wisconsin.

The 62-year-old Elliott has a long relationship with GMS Racing president Mike Beam, who served as a crew chief for Elliott for 157 races over a span from 1990 to 1997. GMS has been using several drivers in its No. 23 car since Spencer Gallagher’s suspension in May for failing a NASCAR drug test. Gallagher was reinstated last month, but the team has been using a variety of drivers, including Elliott’s son, Chase Elliott, in the car.

“When this opportunity came up from Mike, I had to jump on it,” Elliott said in a news release. “Chase has ran a handful of races for the team, so I figured I would give it a shot at Road America.

“Beam and I have worked together in the past, so it will be exciting to get back behind the wheel and bring back some old memories.”

Elliott’s last race was in July 2012 in the NASCAR Cup Series race at Daytona International Speedway. His last Xfinity Series race was in October 2005 at Memphis. With 44 Cup victories and the 1988 Cup championship, Elliott was inducted in the 2015 class of the NASCAR Hall of Fame.

“We are thrilled to welcome Bill to the GMS Racing family,” Beam said. “Bill has many years in NASCAR, and it’s going to be great to watch him come back, especially in GMS equipment.

“Bill and I worked together back in the day and had a lot of success, so hopefully we can pick up where we left off and create some more great memories.”

NASCAR said Elliott has passed a physical and is approved to race. He will have to attend the rookie meeting because he has never competed in a race at that track.

Chase Elliott said he wishes he could get a ride for that race — he has never competed in a NASCAR national series race against his father — but the Hendrick Motorsports driver has no current plans.

“He’s excited about it,” Chase Elliott said. “It is to go have fun, and I think he will. He hasn’t forgot how to drive. … We were kind of standing around one day and offered it up, and he just wants to go have fun and race.

“He’s been vintage racing a little bit here lately and having fun with it. The opportunity was there.”