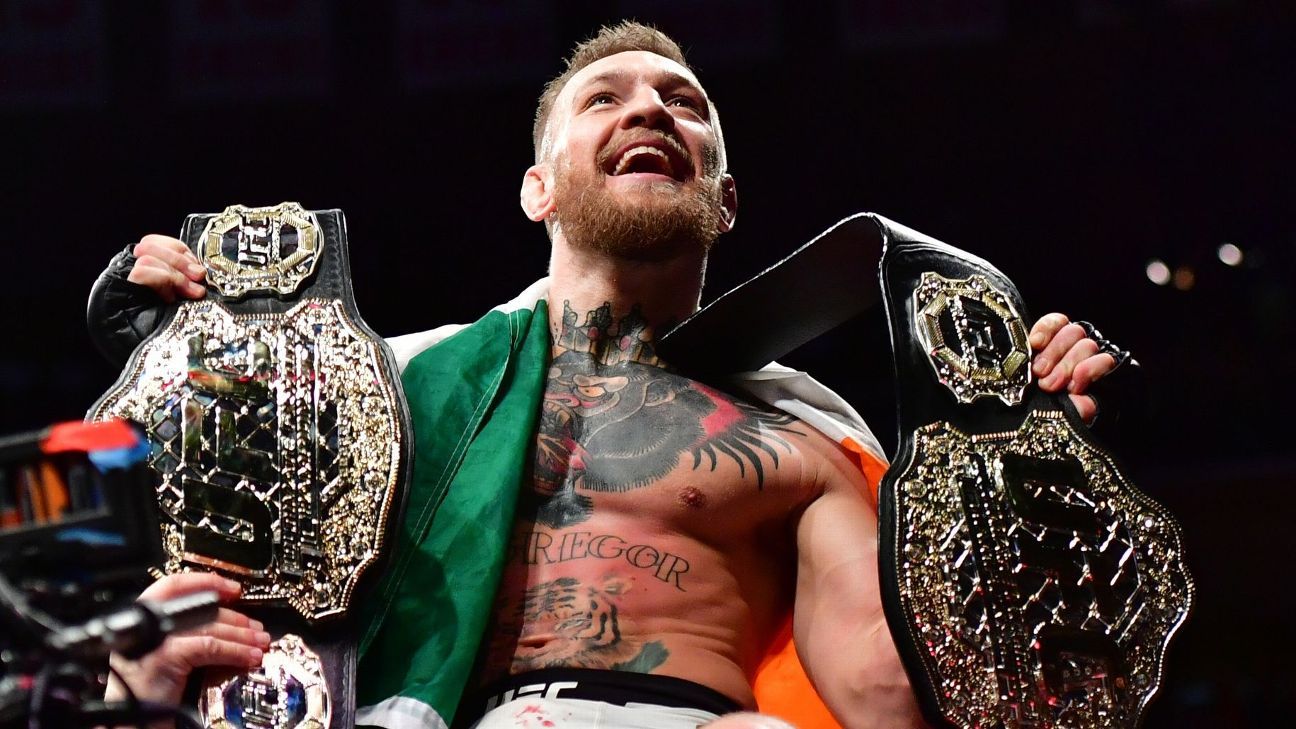 The UFC’s big announcement on Friday, that Conor McGregor will face Khabib Nurmagomedov for the lightweight championship in just nine weeks in Las Vegas, was arguably the most welcome news this sport has received in years.

Around this time last year, McGregor was in Los Angeles alongside Floyd Mayweather at a massive press event. It was the first stop of a four-day tour to promote a boxing match many fans openly acknowledged was probably a sham.

Maybe “sham” isn’t the right word, but it was definitely more spectacle than sport. Mayweather vs. McGregor was an event first and foremost, and whether or not a competitive fight ever came out of it was never really the point.

At the end of the day, we had fun, didn’t we? Yeah, we had a good time. And McGregor pocketed a life-changing payday he never would have found fighting anyone else. But it’s worth pointing out that we did pay something for it.

Mixed martial arts has been without its biggest star for nearly two years. That may not sound like the end of the world, but trading two years of McGregor’s athletic prime for a single boxing match had started to feel like an unfair trade. Spectacle be damned.

Our two-year patience, however, is about to be rewarded — because Conor McGregor vs. Khabib Nurmagomedov really is a perfect fight. It’s a rarity in combat sports, in that its mainstream, entertainment appeal is completely matched by its competitive legitimacy.

McGregor (21-3) and Nurmagomedov (26-0) are two stars with a beef to settle, which equals a license to print money in the fight game. Two years ago, few could have fathomed a bigger fight for McGregor than a trilogy with Nate Diaz, but this matchup challenges that.

It’s the perfect fight for McGregor to come back to, because it’s the most dangerous. If McGregor is even slightly underprepared, following his self-reported $100 million payday in the Mayweather fight, Nurmagomedov is capable of not only beating him, but embarrassing him.

UFC 229 in Las Vegas will be the biggest fight of 2018. For the second year in a row, McGregor is on the bill. It likely won’t match 2017’s biggest fight in terms of revenue, but it’s a far better fight if you ask me.