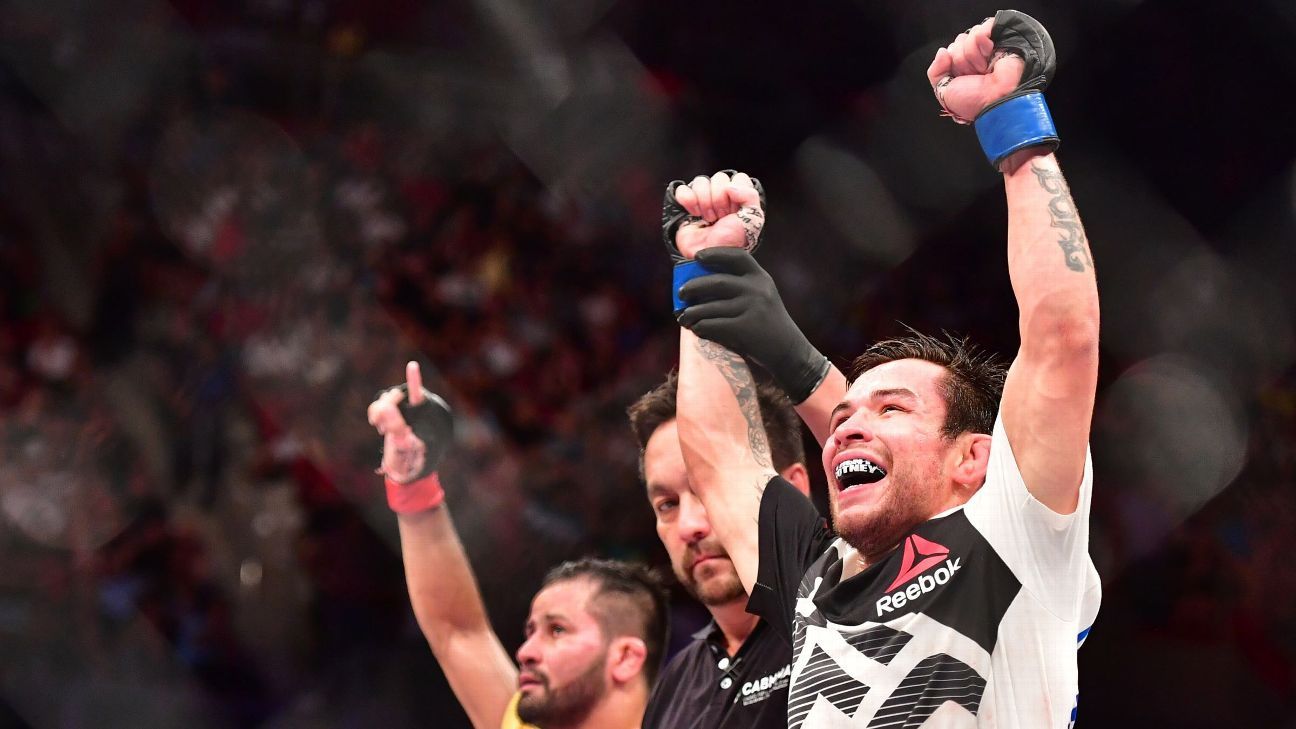 Flyweights Joseph Benavidez and Ray Borg will meet on a UFC Fight Night card Nov. 10 in Denver and not at UFC 229 in Las Vegas because of Borg’s legal history with Conor McGregor, sources told ESPN.

UFC 229 will be headlined by a lightweight title fight between Khabib Nurmagomedov and McGregor.

Borg and McGregor have a history as the Albuquerque, New Mexico native was supposed to face Brandon Moreno earlier this year at UFC 223 in Brooklyn but was forced to withdraw after he reported an eye injury following McGregor’s infamous attack on a UFC bus at Barclays Center.

As part of McGregor’s plea deal in the case, there is an order of protection for Borg, which ordered McGregor to “stay away from [Borg’s] home, school, business and place of employment.” McGregor was also ordered not to contact Borg in any way.

Sources told ESPN on Monday that the fight between two former title challengers was to be on the UFC 229 card in Las Vegas on Oct. 6, confirming a report by mmanytt.com.

The Denver Post earlier reported the Benavidez-Borg bout being scheduled for November.

Borg (11-3) hasn’t fought since he came up short against former longtime champion Demetrious Johnson at 125 pounds in a failed title bid last October.

Benavidez had been on a six-fight winning streak before that setback, and his only previous loss at 125 pounds was to former longtime champion Demetrious Johnson.