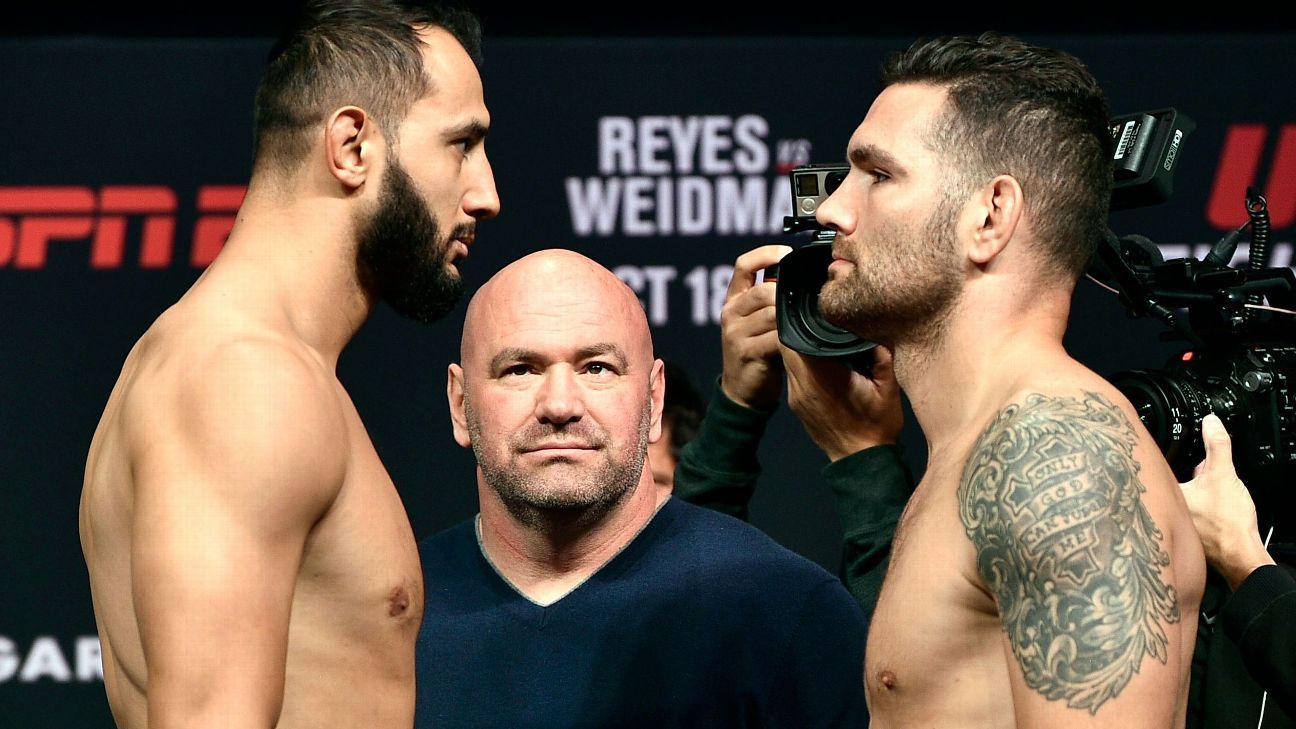 That is no longer the case.

Reyes (12-0) made quick work of a former UFC champion Friday night, as he knocked out Chris Weidman (14-5) at the 1 minutes, 43-second mark of the first round.

It was the second-fastest finish of Reyes UFC career, and his eighth first-round finish overall. After the result, Reyes called for a title shot against dominant champion Jon Jones.